Charles Lapicque: the science of colour

The discovery of a group of works coming from his muse Elmina Auger has refocused the spotlight on the work of this unclassifiable artist, also a scientist and musician, whose explorations have inspired generations of painters. 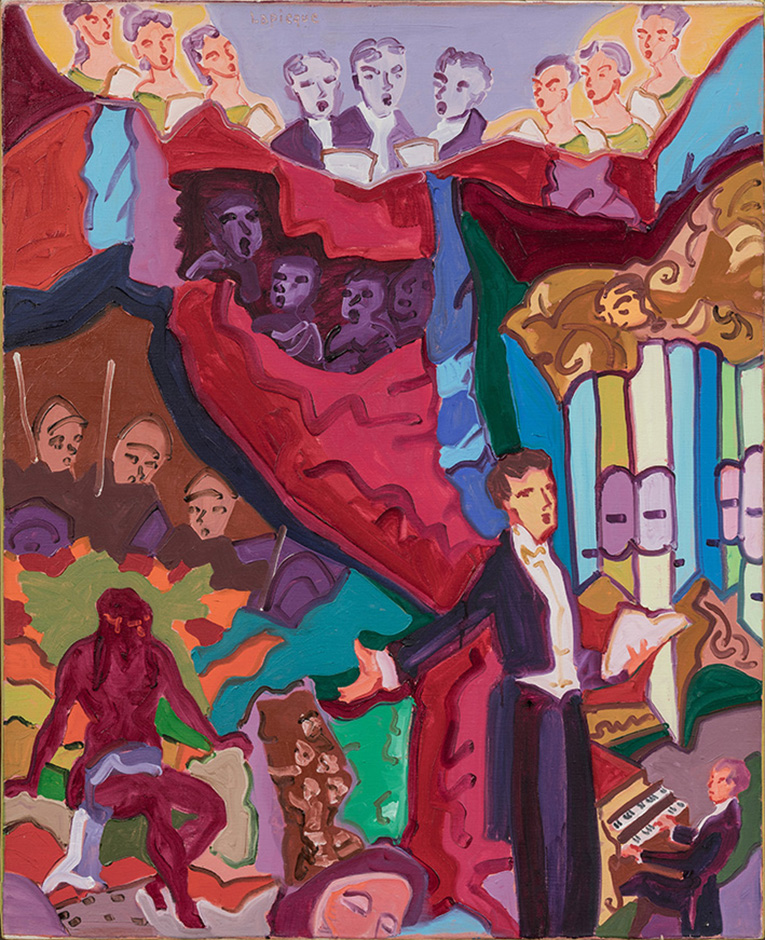 Music, science and painting were all fields with endless resonances for Charles Lapicque, who studied them in ever-more depth. His multiple interests made him hesitate over a career for a long time. Raised by his uncle, the physiologist Louis Lapicque, a graduate of the École Centrale Paris, he moved in scientific circles throughout his life, marrying Aline, the daughter of Jean Perrin, winner of the Nobel Prize for Physics. But one woman encouraged him to move into art: Elmina Auger, a literature professor he met in 1925. In 1957 she bought a house on Bréhat island, where they spent many summers. The works on offer today come from the Bréhat studio, and were kept by Marie Maublanc, daughter of the philosopher René Maublanc and heir to his friend and mentor Elmina Auger. On Saturday, one hundred and sixty-eight lots of works on paper – drawings, ink works, engravings and gouaches – will be going to auction, available for a few hundred euros each. The next day, four sculptures from 1969-1970 in cut and assembled polished metal or stainless steel (with estimates between €600 and €1,500) and three tapestries will be accompanied by nineteen oils and gouaches. The estimates are reasonable, going up to €4,000/6,000. While this group starts in the mid-1940s and thus does not include his early Cubist and Abstract pieces, it provides a broad range of Lapicque's work from 1944 to 1987. Although the artist decided to devote himself entirely to painting in 1943, signing a contract with the Louis Carré gallery, he always had a special place for his centres of interest in his paintings: here, music, in this Passion selon saint Mathieu.