Lying north-east of Venice, San Cristoforo Island, one of the few viewpoints lost forever, was immortalised by the hand of Francesco Guardi. 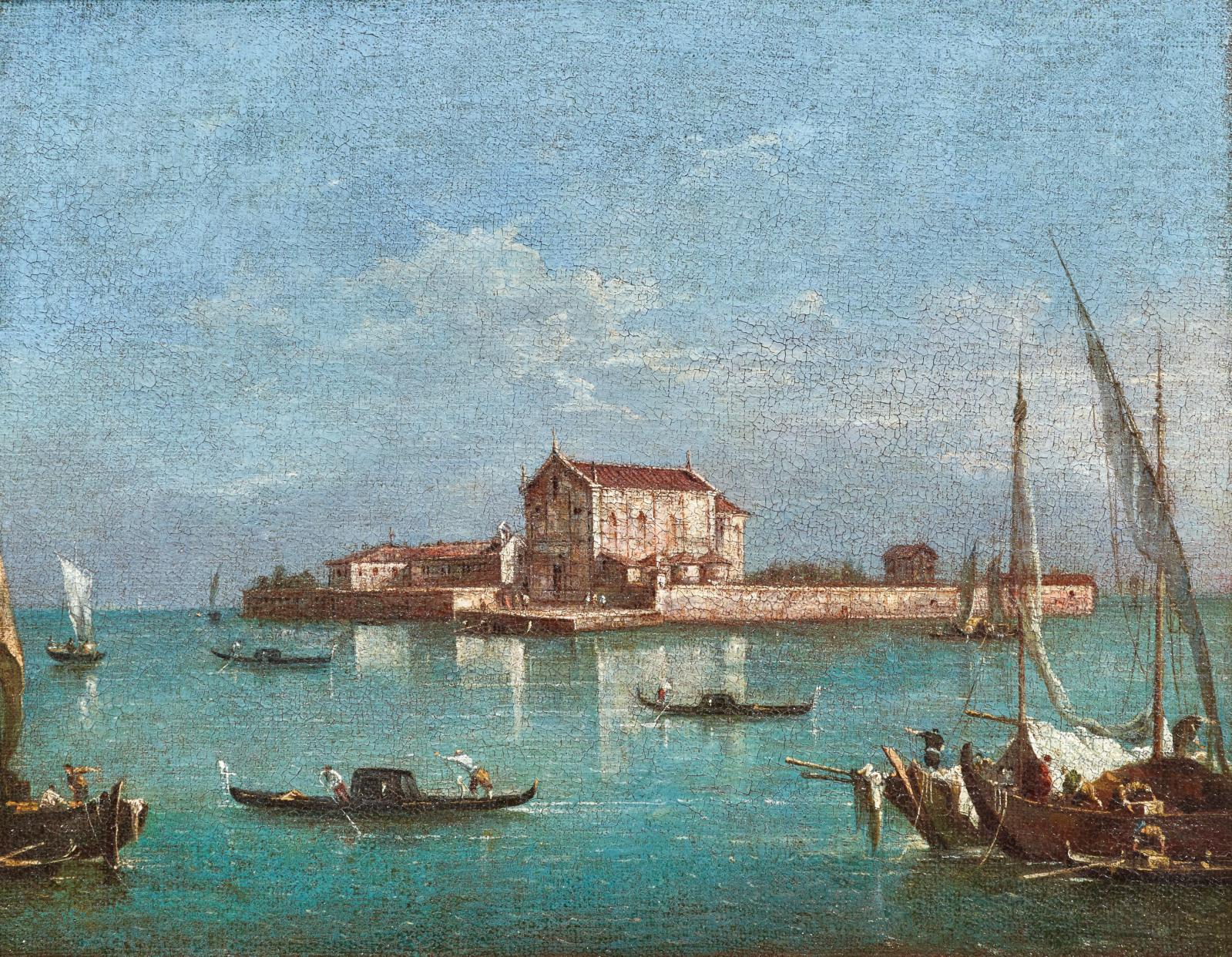 In 1454, the island was given by the Venetian Senate to Fra Simone da Camerino, a well-known theologian of the Order of St Augustine who had a church built there. This had three naves opening onto seven chapels and an apse. Damaged by Napoleon's troops in 1798-1799, the monastery adjoining the church was destroyed by order of the emperor in 1806, before the rest of the edifice was destroyed in 1810. The former island of San Cristoforo della Pace and the one nearby, San Michele, were amalgamated in 1836 to create the city cemetery. Lying between the Fondamenta Nuove and Murano quays, it was a place favoured by not only Antonio Canaletto but also Francesco Guardi. Though a figure and landscape painter, the Venetian became famous as a vedutist, earning himself a glowing name if not in Venice, then outside Italy, at least, where his works were extremely popular. His views were a pretext for unusual depictions of some of the Serinissima's monuments, shown in a diaphanous, silvery light. Here, the almost cloudless blue sky echoes the turquoise waters framing the religious building. The little figures, painted from life, are precisely delineated among the sparkling colours. Several of his paintings show this island from a more westerly viewpoint, but all display differences between the boats and the figures.