The Second Hand of a Breguet Timepiece

A 19th-century pocket watch in 750/1000 gold from the prestigious Swiss luxury brand is the highlight of this Burgundian auction. 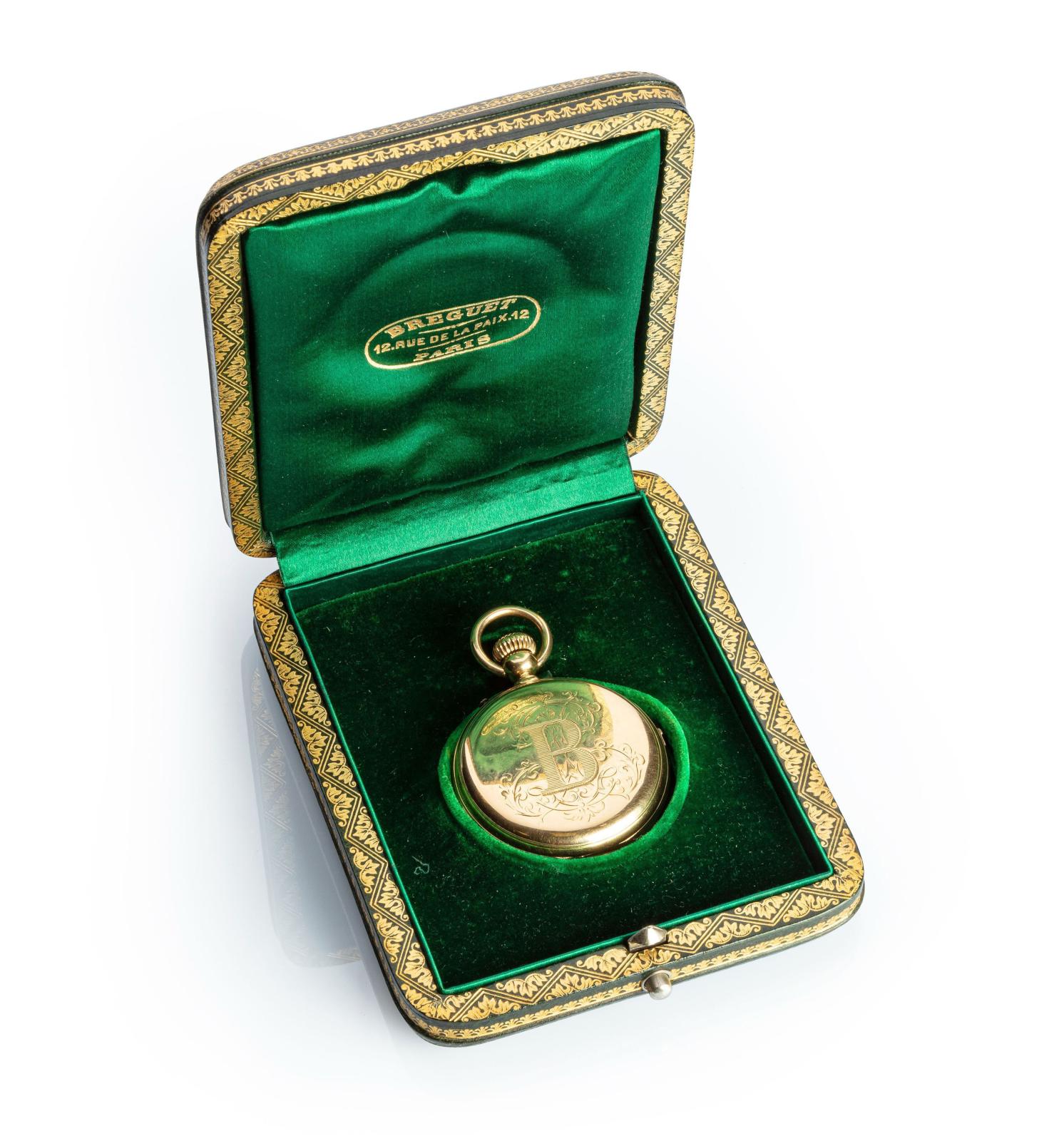 Founded in 1775 by Abraham-Louis Breguet in Paris, the watchmaking company of the same name is synonymous with technical innovations. The "independent large second hand" appearing for the first time in the watch commissioned by Queen Marie-Antoinette in 1783 marked the beginnings of the chronograph. It can be found in this 19th-century pocket watch in 750/1000 gold with a straight-line lever escapement movement, numbered 22275 and presented in its original case. Watches with independent second hands operate with two gear trains, one for the hours, the other for seconds. this one is expected to fetch €3,500/4,000 when it appears at Quai des Enchères OVV in Mâcon on Friday, September 17.

tableaux, mobilier et objets d'art
Mâcon - 1, avenue Édouard-Herriot - 71000
Quai des Enchères
Info and sales conditions
Newsfeed
See all news
Bonhams Opens Salesroom in Paris
Dutch Monument to Those Murdered by the Nazi Regime Opens – But Also Meets Opposition
Giant Violin Floats Down Venice’s Grand Canal
Picasso Exhibition to Finally Open in Toronto in Early October
Not to be missed
Pre-sale
Sisley at the Height of His Maturity
Alfred Sisley trained in Swiss painter Charles Gleyre’s studio alongside…
Pre-sale
Bon Boullogne’s Painting of Pan Headlines the Sale
Bon Boullogne, a son and brother of artists, made this large painting…
Pre-sale
Childhood Personified by Camille Claudel
Camille Claudel made this emotional portrait just after losing her…
Pre-sale
This Precious Snuffbox Is Nothing to Sneeze At
This gold box inlaid with mother-of-pearl highlighting chinoiseries…