“I owe it all to Boudin,” used to say Claude Monet. His vision of nature, light, brisk strokes and, especially, atmospheric nuances made the master of skies a forerunner of Impressionism. 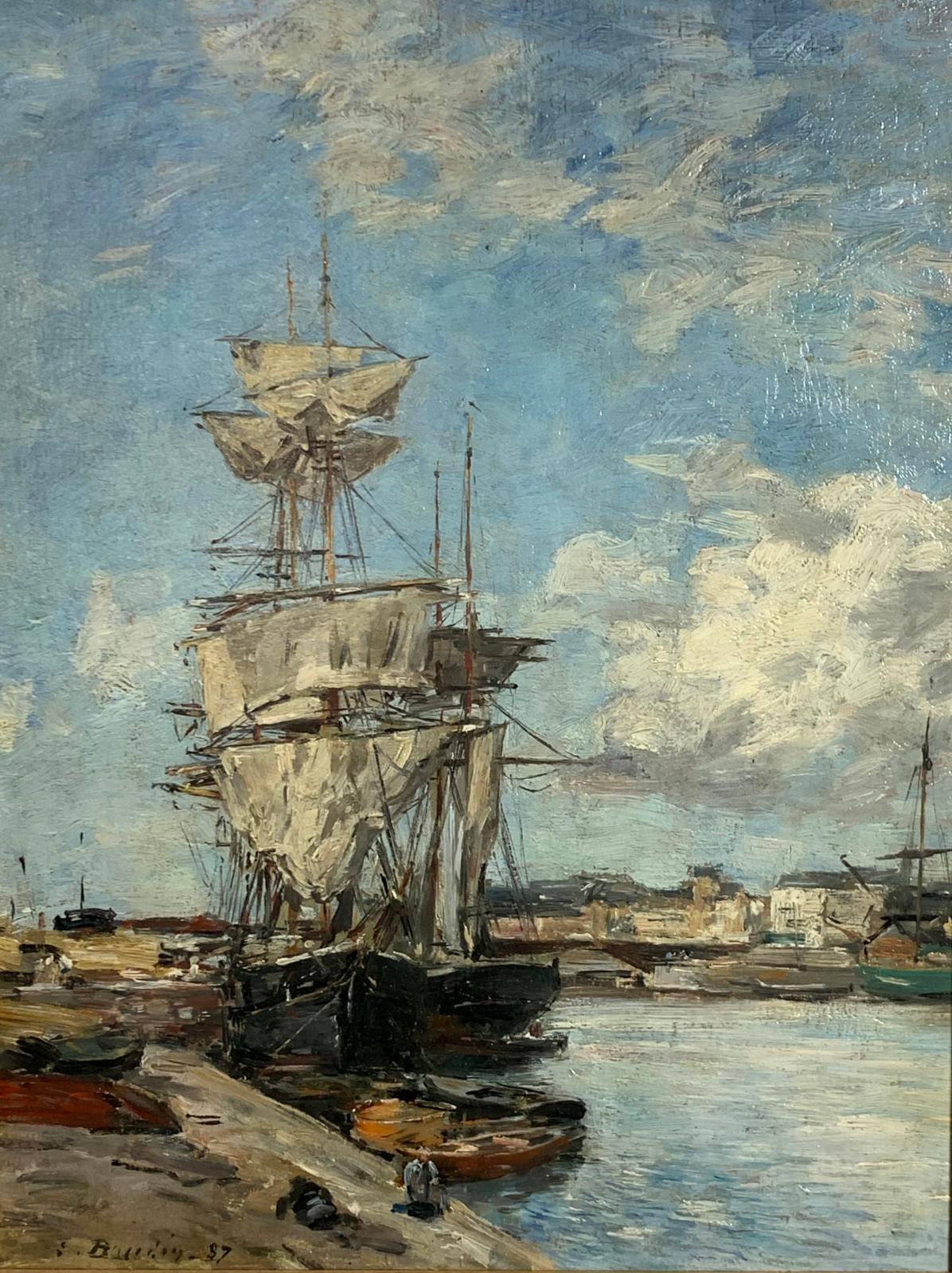 In the 1870s and 1880s, Eugène Boudin was among the few French painters to create seascapes inspired by Dutch art, especially works by Johan Barthold Jongkind, but in his own style. He captured reflections in the water, the wind pushing the clouds and billowing sails with quick strokes. His views, which his friend Charles Baudelaire called “meteorological beauties”, were highly successful with dealers and their customers, including Feydeau and Turgenev. Normandy had a special place in his work. Born in Honfleur, he visited all the French coasts looking for new points of view and motifs, but always returned to his home region, as evidenced by this view of the port of Trouville in a rare vertical format. The protagonist is a proud sailing ship. Boudin liked these old-time vessels, which steamboats would shortly replace. The first summer holidaymakers would soon arrive on Normandy’s beaches, and Boudin gladly painted them in their white crinolines. By 1830 the small fishing port of Trouville was France’s second-leading seaside resort. In 1862 it was dubbed “queen of the beaches”. But for now, for this skipper’s son, nothing could beat the beauty of masts standing out against tumultuous skies.

tableaux, mobilier et objets d'art
Carcassonne - 30-32, avenue Franklin-Roosevelt - 11000
Carcassonne Enchères
Info and sales conditions
Newsfeed
See all news
Frieze New York is Coming Back in May
Museums Permitted to Reopen in Six Italian Regions
A Mysterious Tanguy Work is Up for Auction
Stunning Discoveries in Saqqara
Not to be missed
Pre-sale
Sacred Objects of Mexico
Like the standing figure from the pre-Teotihuacan culture on the…
Pre-sale
18th-century Sculptors and Cabinetmakers
Fine 18 th century furniture has become a somewhat rare commodity…
Pre-sale
Deep-Sea Diving in Luxury
Rolex watches are omnipresent in auction rooms and increasingly…
Pre-sale
An English Passion
This pair of lidded vases in soft-paste Sèvres porcelain decorated…