Make way for a masterpiece!

The reappearance of this portrait of a great early seventeenth-century statesman – Paul Phélypeaux, lord of Pontchartrain – is a major event. 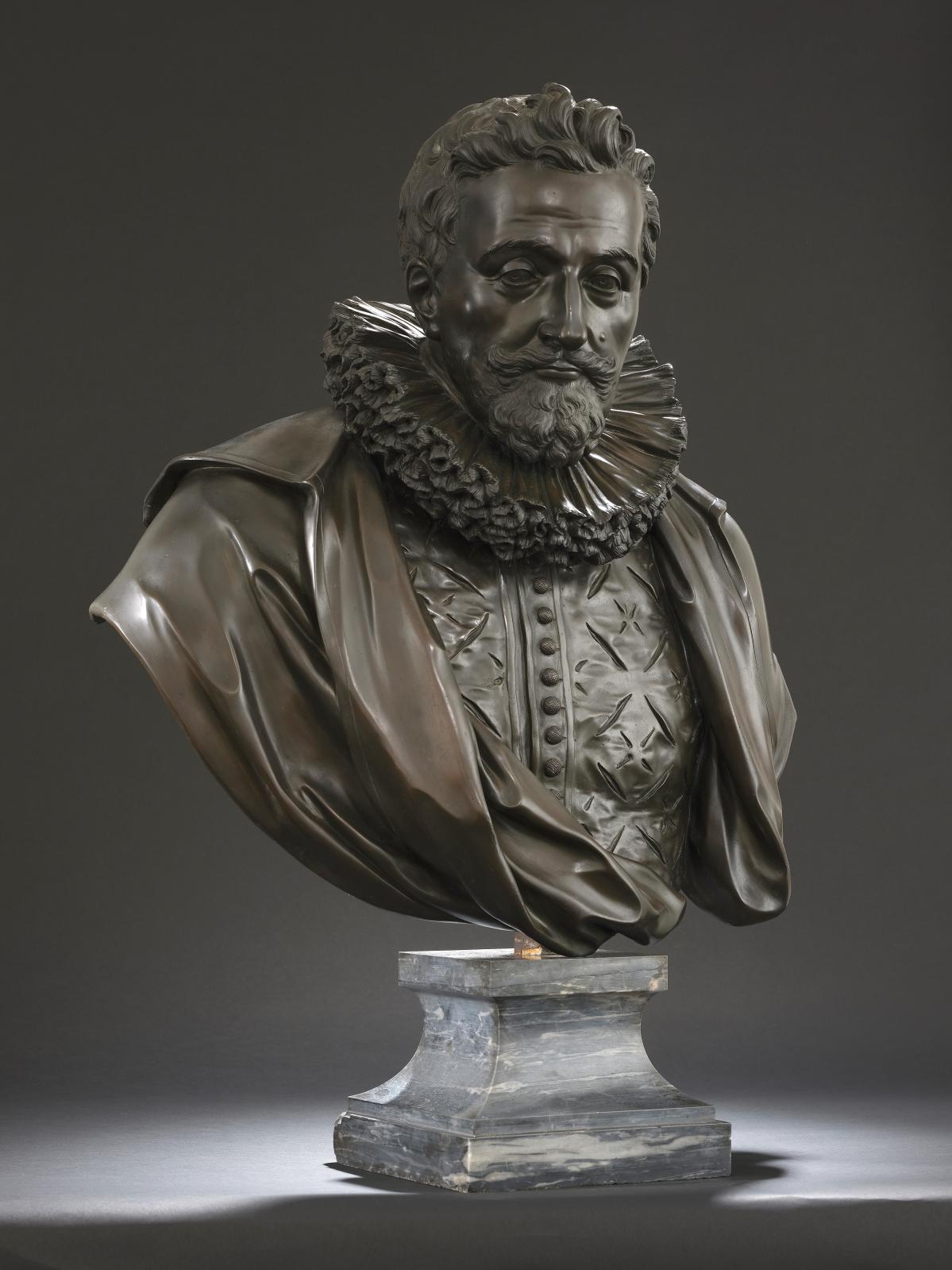 When this bronze was made, Paul Phélypeaux (1569-1621) was preparing to make his comeback onto the public stage. A behind-the-scenes man and artisan of peace in a century that was turbulent as soon as it dawned, he had the ear of two kings and a queen and was many other things besides. His image gradually fell into oblivion, for very few likenesses were disseminated. He preferred the quiet of his office to the gleam of decorations. Randomly from an inventory, his face was detached, then imposed. Then it had to be worked, felt, and perseverance was necessary to determine who would be capable of executing such a major piece with so much force and humility. The attribution to Francesco Bordoni (ca. 1574-1654) is the fruit of these studies. Although old and in a direct line, the family that owned this bronze no longer knew the identity of the person portrayed. Fortunately, a bronze plaque on the back pointed them to this state servant, who was just 14 when he was appointed ordinary secretary of the chamber of Henry III. That was the start of a flawless career. He was, in succession, Vice-Minister of War, Vice-Minister of Foreign Affairs and Secretary of Commandments under Marie de Medici. In 1610, three weeks before that fateful 14 May, Henri IV made him Minister of State, saying that the position "could not be filled by a worthier, more loyal, more capable man". His career continued after the king’s death, when Marie entrusted him with helping her govern during the Regency—a wise choice in those days of betrayal and clashing swords. Fulfilling his task with exemplary wisdom, he negotiated the famous Peace of Loudun signed in 1616, which dampened religious conflict for a time. Phélypeaux must have been a precious advisor for Louis XIII to have kept him on, even as the king kept the queen away from business. He entrusted Phélypeaux with the challenging task of reconciling with his mother, who was plotting in Blois and raising troops. Louis XIII also asked Phélypeaux to accompany him at the siege of Montauban. But his mission was cut short by spotted fever below the Occitan city’s ramparts. Despite the best of care, he died a few days later, on 16 October 1621. His widow, Anne de Beauharnais, had the body brought back to Paris and buried in Saint-Germain l'Auxerrois in the Trépassés Chapel. That is when Bordoni made the bronze sculpture coming up for sale 20 November.

estampes, dessins, tableaux anciens et XIXe, archéologie, sculptures, art d'Asie, mobilier et objets d'art, tableaux anciens, tableaux du XIXe
Salle 5 - Drouot-Richelieu - 9, rue Drouot - 75009
De Baecque et Associés
Info and sales conditions
Catalogue
Salerooms
Results
News feed
See all news
New dates for the 35th Hyères Festival, in the South of France
Baltimore Museum of Art seeks to help the local arts community with $100,000 budget reallocation
Ancient Roman mosaic floor unearthed near Verona, Italy
The X museum slated to open this weekend in Beijing
Not to be missed
Pre-sale
From Carmontelle to the Val d’Osne
Initially planned for Sunday 29 march, this sale will be offering…
Pre-sale
As hours go by
Attributed to the Master of Luçon, this Book of Hours from the Beauvillain…
Pre-sale
By VCA
The beauty of natural stones by Van Cleef & Arpels in a set from…
Pre-sale
The Janine Saladin Collection
Around ten pieces of jewellery by Suzanne Belperron owned by a trailblazer,…