Josef Capek is on his way

Beyond a bar scene, Josef Capek brings us all of Prague’s artistic vitality between the wars. 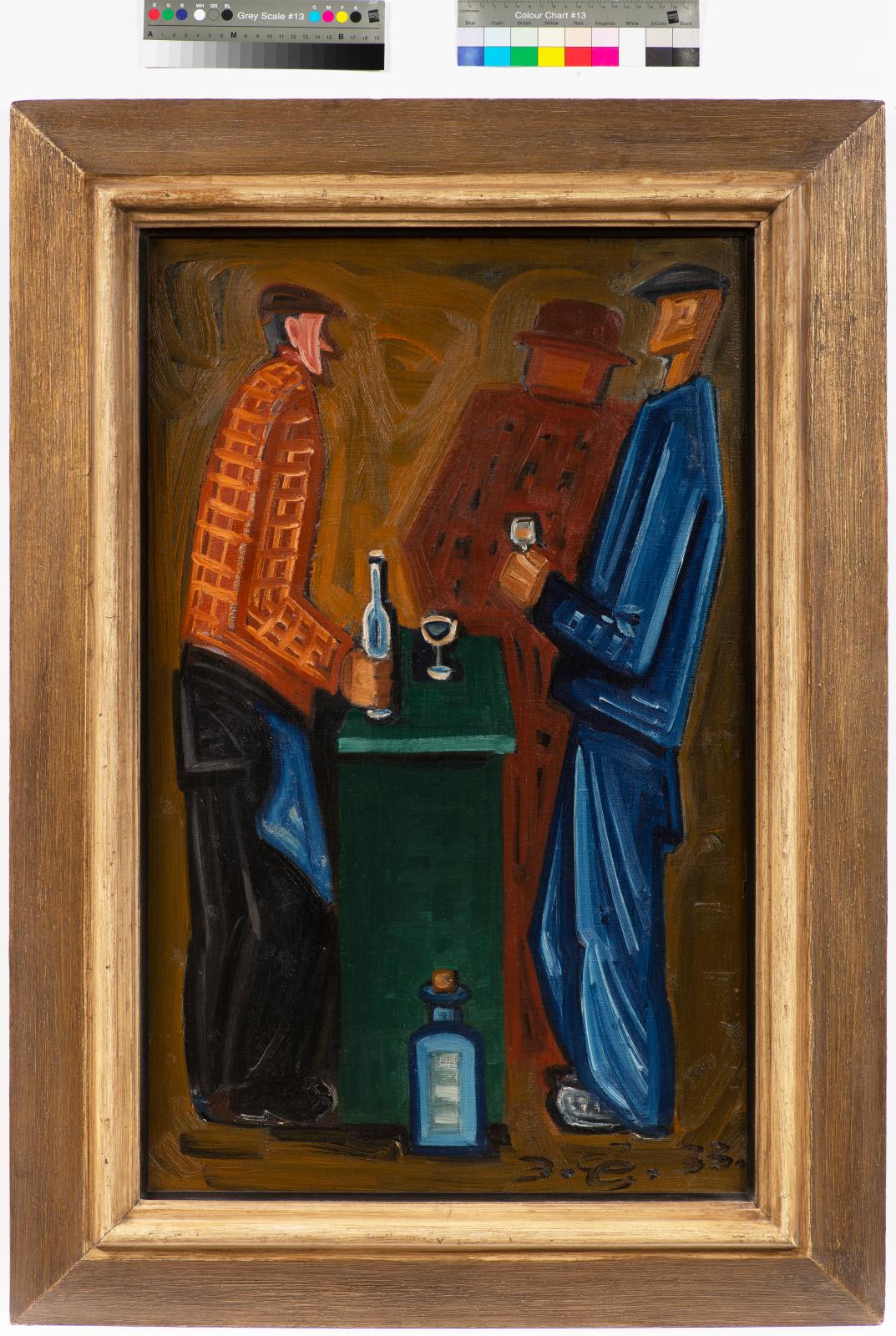 This 1933 work can be interpreted in two ways: a daily scene allowing the Czech painter Josef Capek to experiment with forms, or a reflection on work as a pillar of a happy life. Capek joined the Obstinate group ("Tvrdošíjní") in 1921, with Rudolf Kremlička, Václav Špála and Jan Zrzavý. These humanist painters explored the mysteries of primitivism and naive art to draw the conclusions that will enable them to achieve happiness and love of life and work. They forsook declining Cubism to create forms that were just as synthetic but more naturalistic. From the early 1930s onwards, the uniqueness of Capek's style, far from current trends and conventions, became apparent. As this scene shows, the line is totally free. A thick, fluid paste defines the contours, which are filled in only with bright and low-contrast colours. He put this effective simplicity at the service of both his antifascist drawings and illustrations of children's books, which brought him fame far beyond Czechoslovakia’s borders. The inter-war period was particularly prosperous for Prague, as reflected in its vibrant artistic scene. Capek drew his inspiration from daily activities, social life, men he met at a bar, in work clothes etc. He contributed to several newspapers, invented the word "robot" and collaborated on books and plays with his younger brother, the famous writer Karel Capek. In 1939, six years after this painting was made and shortly after the invasion of Czechoslovakia, he was arrested for antifascist activities and sent to a concentration camp, where he died in April 1945. Few of his works appear on the market: Artnet's database lists fewer than 40 paintings.