A Bouchardon drawing with a noble pedigree

At the 1737 Salon, Edme Bouchardon presented a drawing called Fêtes de Palès (Horvitz collection, Boston). This red chalk work formerly in the Sir Wind collection, which was sold at Sotheby’s in London in 1839, was the first study. 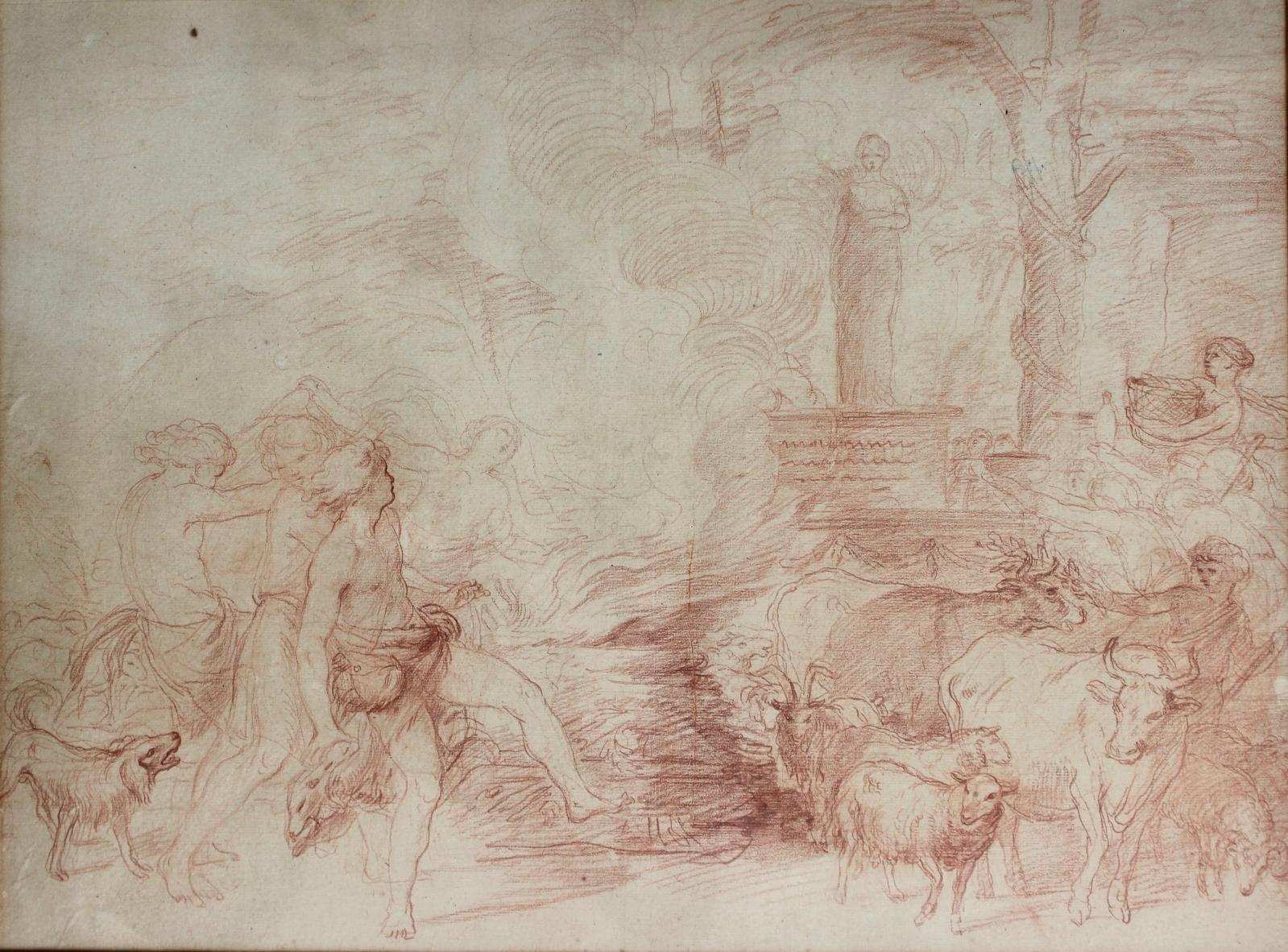 The art critic and engraver Charles-Nicolas Cochin called Edme Bouchardon "the greatest sculptor and the best illustrator his century”. In 1722 he won the Prix de Rome, allowing him to spend nine years in Italy to study ancient art, which influenced him throughout his exemplary career. Back in France, in his Louvre studio he made some of the most beautiful neoclassical sculptures, including the fountain on rue de Grenelle, Paris, and the statue, Amour se faisant un arc avec la massue d’Hercule (Cupid Making a Bow with the Mace of Hercules), now in the Louvre. Ancient Rome honoured Pales, the goddess of flocks, with festivals on 21 April, the anniversary of the city’s founding. During the festivals, houses, stables and animals were purified with a sacred mixture and lustral water. A sacrifice and a feast followed.

tableaux, mobilier et objets d'art, verreries, Delahaye Type 122, design, argenterie
Marseille - 26, rue Goudard - 13005
Prado Falque Enchères
Info and sales conditions
News feed
See all news
2020 Turner prize cancelled, selected artists to receive £10k fellowships instead
Greece’s Culture Minister renews call for the return of the Parthenon marbles
Pérez Art Museum buys art to support local cultural sector
The city of Paris announces financial boost for the culture sector
Not to be missed
Pre-sale
Vincent Lécuyer Collection
The Paris gallery owner, who died in July 2019, left a group of…
Pre-sale
A peerless pair
Although these commodes were produced at different times, they make…
Pre-sale
Iconic cars
Rarities including a collection of Packards and a Lamborghini "supercar"…
Pre-sale
Lagerfeld by himself
Karl Lagerfeld died on February 19, 2019, leaving behind a legacy as an…