This entirely yellow submersible, while a little cumbersome, is highly appealing for its amusing appearance. 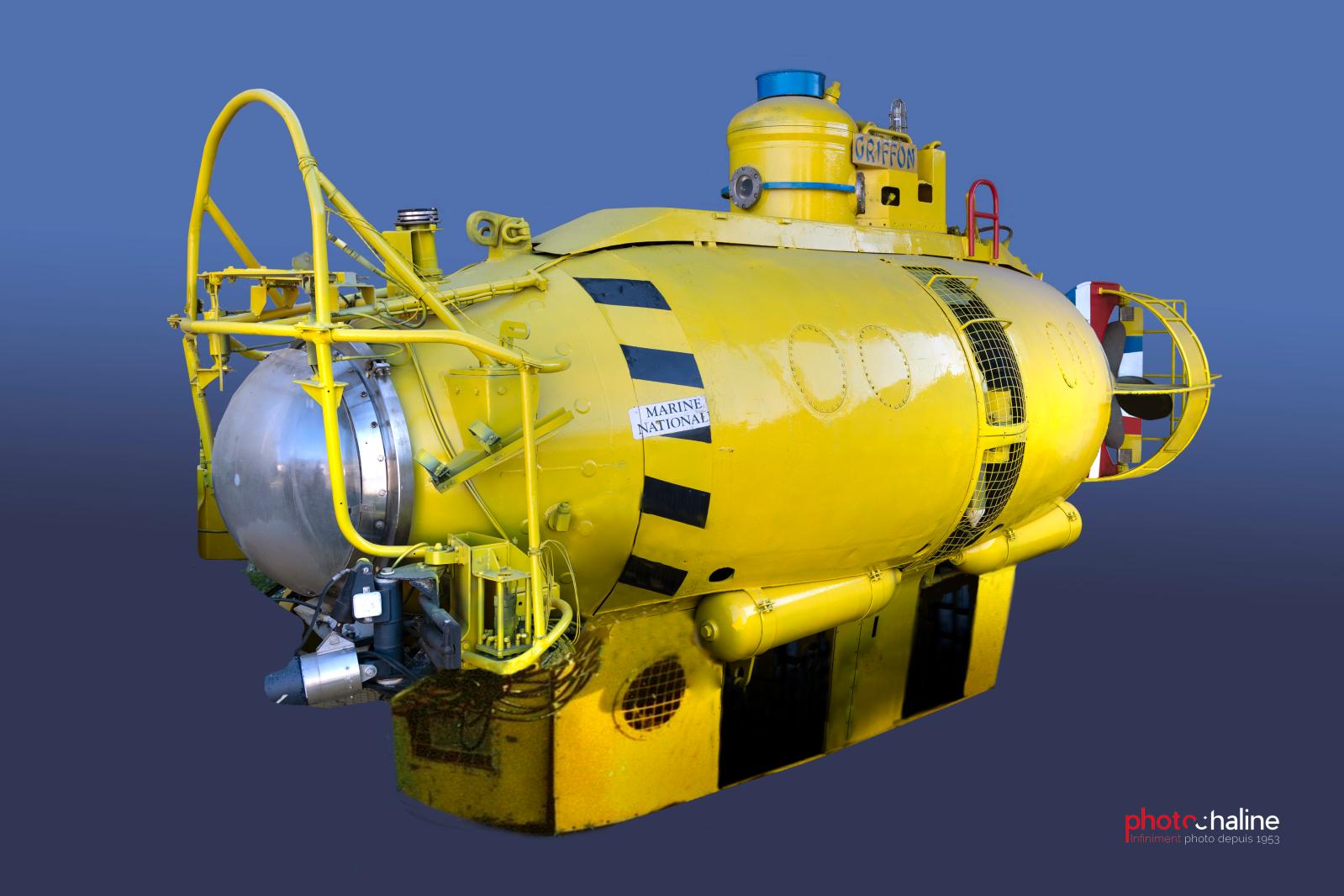 The designer of the Griffon was probably a keen reader of the Adventures of Tintin, and a fan of the Beatles and their Yellow Submarine. This curvy little vessel like an inflated goldfish has a large porthole protected by a rail, giving it a hybrid look. Maybe this weird appendage is what makes it look like a griffin, a legendary animal half-lion, half-eagle. In its former life the device was used for bomb-disposal operations, diving expeditions to find ships sunk in the Mediterranean, and scientific location searches, as with the 1976 Poseidon operation, where the aim was to "accurately map the lower sea grass bed limit," according to Alexandre Meinesz, emeritus professor at the Université Côte d'Azur, in Nice. Another vessel was involved in this operation: the Triton. A sophisticated communication system kept them in touch during the operation. Mr Meinesz, the submarine pilot for this mission, says that "communications could be carried out with an ultrasound device underwater, and on the surface." Working in symbiosis, the Triton and the Griffon went down to observe the seabed and take readings of hitherto unrivalled precision. Other missions proved how manageable and reliable the Griffon was. After it was scrapped by the French Navy, other types of vessels succeeded it. The buyer could restore this Yellow Submarine to working order again, display it as a collector's piece or invent all kinds of unheard of uses for it.

tableaux, mobilier et objets d'art, sous-marin d'intervention plongeur démineur
Avignon - Courtine, 2, rue Mère-Térésa - 84000
Hôtel des ventes d'Avignon
Info and sales conditions
Catalogue
Newsfeed
See all news
National Gallery of Art in Washington acquires first painting by Native American
Musée d'Orsay makes a collection of polychrome sculptures (1848-1916) available online
A digital platform for European arts and artisanal crafts soon to be available
David Zwirner to layoff 20% of its staff
Not to be missed
Pre-sale
Female subjects
Women are in the limelight at this modern art sale, where a carved…
Pre-sale
The boy king and the virtuoso engraver
The meeting between the young Louis XIV and the sculptor Jean Varin…
Pre-sale
Superb tapestries from the Tchaloyan collection
Over fifty pictures in wool and silk dating from the 15 th to the…
Pre-sale
The flames of love that recall Versailles
Created in the late 18 th century, or more probably even in the…