The Château de Tilloloy, in the Somme region, will be the setting for a major sale where 18th and 19th century furniture looms large, with models full of classical elegance like this commode by Chevallier. 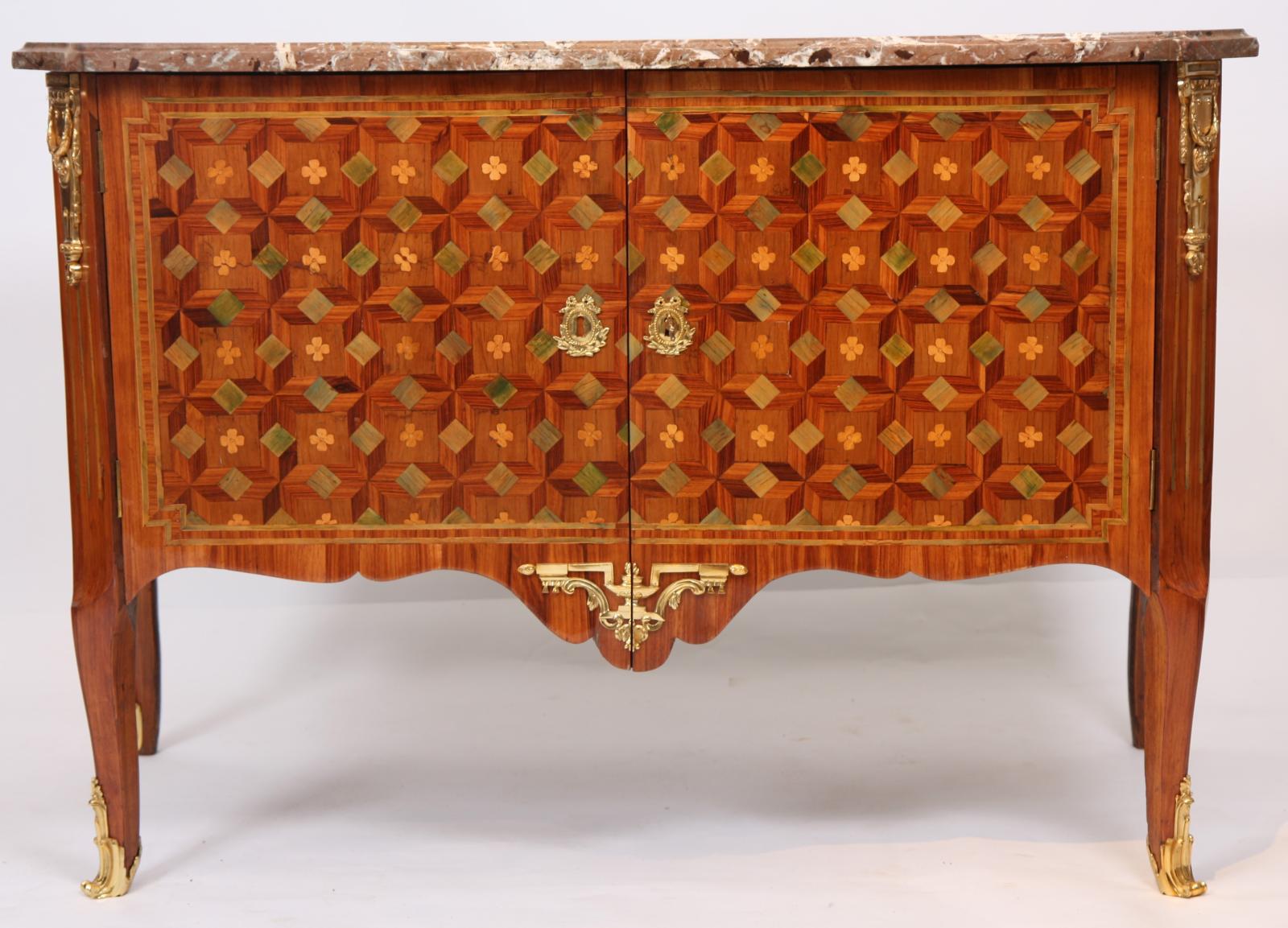 Its two doors in no way detract from its delicate marquetry with a cube and four-leafed clover decoration, while its antique-style bronzes announce a return to classical taste. A fine example of the Transition style, this commode combines Louis XV marquetry with forms that are already more rectilinear. In the mid-18th century, various French artists, headed by the architects Blondel and Contant d'Ivry and the painter Louis-Joseph Le Lorrain, began to stand against the excesses of the rocaille style, advocating more subdued lines based on classical, even antique principles. While the "Greek" style was too uncompromising a response to these claims, the Transition style soon launched by the Marquis de Marigny, brother of Madame de Pompadour and Minister of the Arts, was far more moderate and appealing. Jean-François Oeben was one of the leading lights in this new movement. This brilliant inlayer invented several patterns like "bottomless" cube marquetry, which was adopted by many of his colleagues, including Jacques Dautriche and Charles Chevallier. The latter became a master before 1738 and set up a business in Rue du Bac in Paris. He was particularly well-known for his "Louis XV and Transition furniture embellished with veneer sheets and marquetry work featuring flowers and geometric patterns", according to the specialist Pierre Kjellberg. With the commode here, he complicates the pattern further by adding green-tinted wood on the main faces of the cubes, and placing four-leafed clovers in the middle of each square formed by the assemblage of these cubes: a pattern that becomes popular under Louis XVI with the spread of "à la reine" marquetry, with quatrefoils separated by lattice work, much admired by Marie-Antoinette. Worth noting in the same catalogue is a Louis XV style "dos d'âne" desk: an original design by the cabinetmaker Alexandre Szostecky (whose label appears on the desk) for a commission from the Russian prince Mikalov. The form of its upper section, possibly inspired by the domes of Moscow's Red Square, expresses all the exuberance of 19th century furniture (€60,000/80,000).