The science of nature according to Hodler

In this view of Lake Geneva glorifying the mountain, Ferdinand Hodler, leading light of the Swiss school, illustrates the principle of "parallelism", which he believed to govern our entire environment. 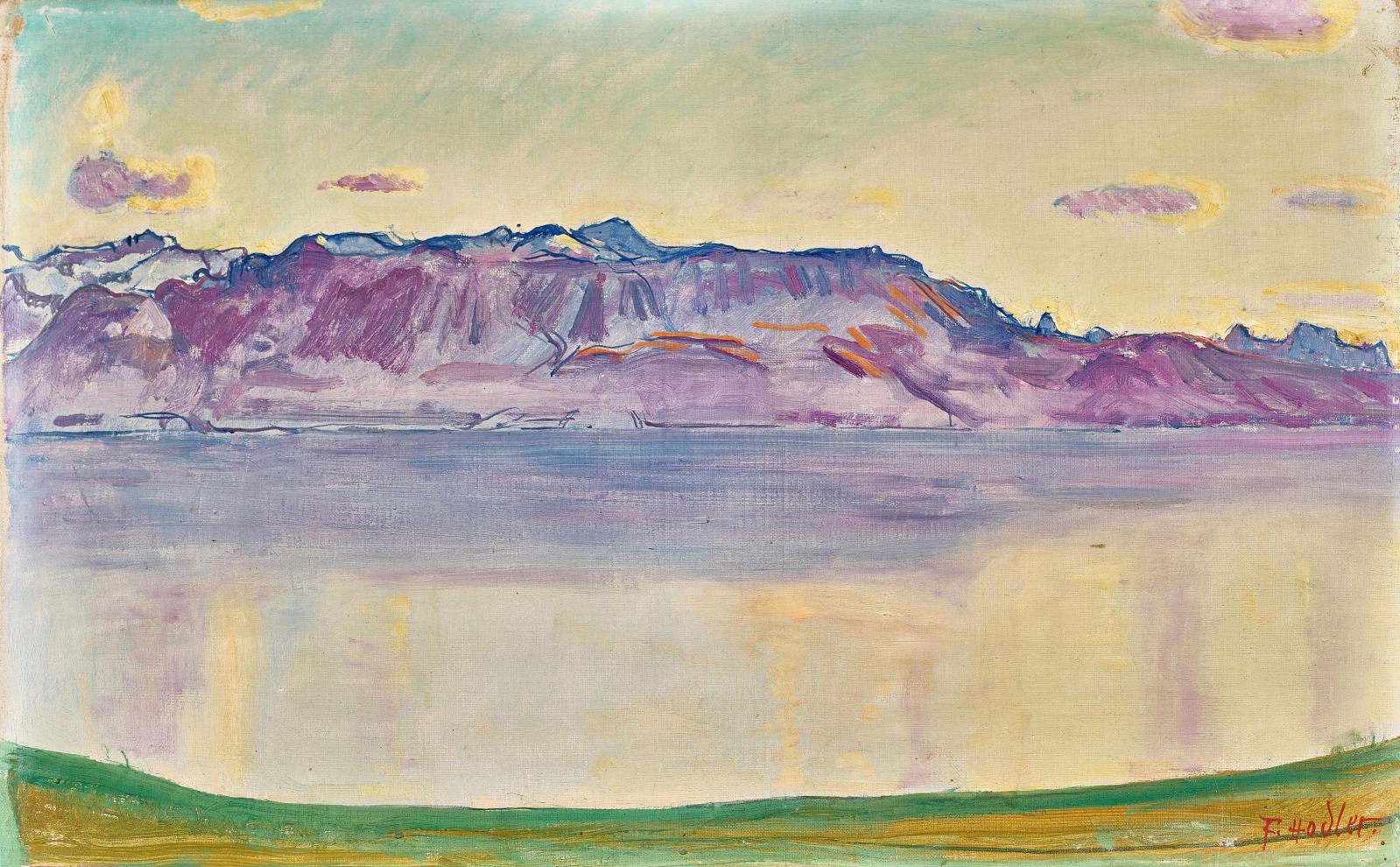 An enchanting world of natural beauty and a symphony of delicate colours vibrating in the rays of a tentative morning light: this was how Ferdinand Hodler saw Lake Geneva one tranquil day in 1911 from the Chexbres shore. While lakes represent over a third of the Swiss artist's output, Geneva's occupies the lion's share, with no fewer than a hundred and ten paintings devoted to its singular features. His favourite subject was the region lying between Lausanne and Montreux, where the municipality of Chexbres lies, and he painted it many times between 1895 and 1913. An impression of majesty emanates from this lengthways image, intensified by the absence of any sign of civilisation. The painting's vibrancy comes from the remarkable play with blue, purple and orange, which the artist builds up using short, energetic brush strokes. But Hodler’s instinct and sensibility are not the only dominating factors here. The construction of the composition is governed by the aesthetic principle described as "parallelism". This is based on the artist's observation that the trees, clouds and mountains reflected in the surface of a lake are arranged in parallel patterns. His aim was to create "a reinforced, simplified nature", "free of any insignificant detail": a forgotten aspect of his work, which the Bern Kunstmuseum highlighted in its exhibition "Hodler Parallélisme" (September 2018 to January 2019), commemorating a hundred years since the death of this tightrope walker of natural forms.