This sketch by Sebastiano Ricci evokes one of the Venetian painter's most celebrated commissions: The Communion of the Apostles. A major discovery, as the original was lost in the 19th century. 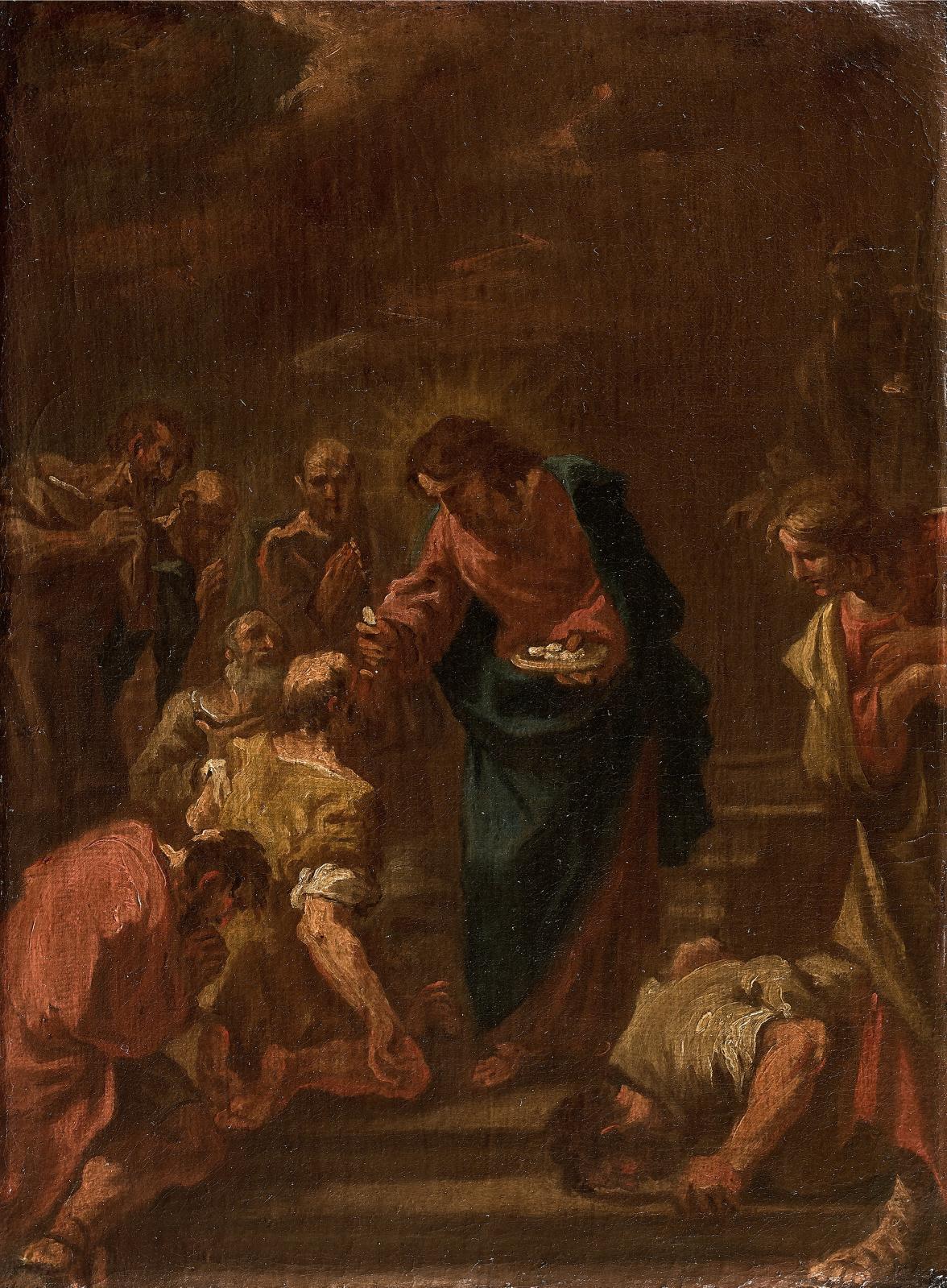 Sebastiano Ricci's Communion of the Apostles is an oft-cited work. And yet it was lost in the 19th century, following the destruction of the Corpus Domini convent in Venice. This lay in the Cannaregio district, in the location of the Santa Lucia station and the current post office building. The demolition was ordered by the Napoleonic decree of 23 April 1810, completing the suppression of the monasteries. The church was stripped in 1815, and its paintings were soon scattered. While the original of Ricci's Communion of the Apostles has never reappeared since then, it was immortalised in several sketches and engravings made in the 18th century. For example, during his trip to Italy with the Abbé de Saint-Non, Jean-Honoré Fragonard visited numerous monuments and brought back a multitude of drawings designed to illustrate their Voyage pittoresque de Naples et de Sicile. In 1764, he saw several works by Ricci in Venice, including the ones in the church of Corpus Domini.
Other figures who had a chance to observe this painting included Charles Nicolas Cochin. In his Voyage d’Italie (1752), he described "a painting in two sections. In one we see the Communion of the Apostles, in the other, the place where the Apostles are preparing the Last Supper: this piece is by Sebastiano Ricci. It is beautifully composed, pleasing and tasteful; the shadows are a little red, and sometimes too transparent." As the advocate of a return to a pure and balanced Classicism, Cochin, severe art critic that he was, may have expressed reservations about this Baroque work, but he certainly took note of this major painting by the artist who gave a second wind to the Venetian school in the early 18th century. Taking inspiration from great 16th century masters like Veronese, Ricci restored all its sublime lustre to painting in the City of the Doges. Over the years, his compositions unfurled with an increasingly dynamic upward thrust over lively, evanescent backdrops, establishing him as the forerunner of Venetian Rococo painting. His talent and international reputation inspired a vocation in other artists, including the 18th century's most famous exponent: Tiepolo.

tableaux, mobilier et objets d'art, dessins, céramiques, art d'Asie, bijoux
Blois - 32, avenue Maunoury - 41000
Pousse-Cornet
Info and sales conditions
Catalogue
Newsfeed
See all news
Justice orders restitution of Derains in Gimpel case
The Marc Ladreit Gallery of Lacharrière soon to be inaugurated at the Quai Branly
Notre-Dame: lack of transparency in the use of donations according to the Court of Auditors
Artist Zineb Sedira to represent France at Venice Biennale in 2022
Not to be missed
Pre-sale
Édouard Vuillard: the Nabi perspective
Édouard Vuillard, the Hessels and Louis Loucheur are all connected…
Pre-sale
Nicolas de Largillière and Parisian chic
Probably commissioned at the time of her first marriage, this portrait…
Pre-sale
Dazzling work in the pure Rococo style
If you like Rococo, you'll be delighted with this pair of 18 th…
Pre-sale
An outstanding Fang effigy
Its rarity, size and excellent condition look set to propel this…