Kachina Dolls from Arizona and Colorado

For the inauguration of its new location not far from Rennes, the Nantes-based auction house OEP will be selling a private collection of 15 kachina dolls. 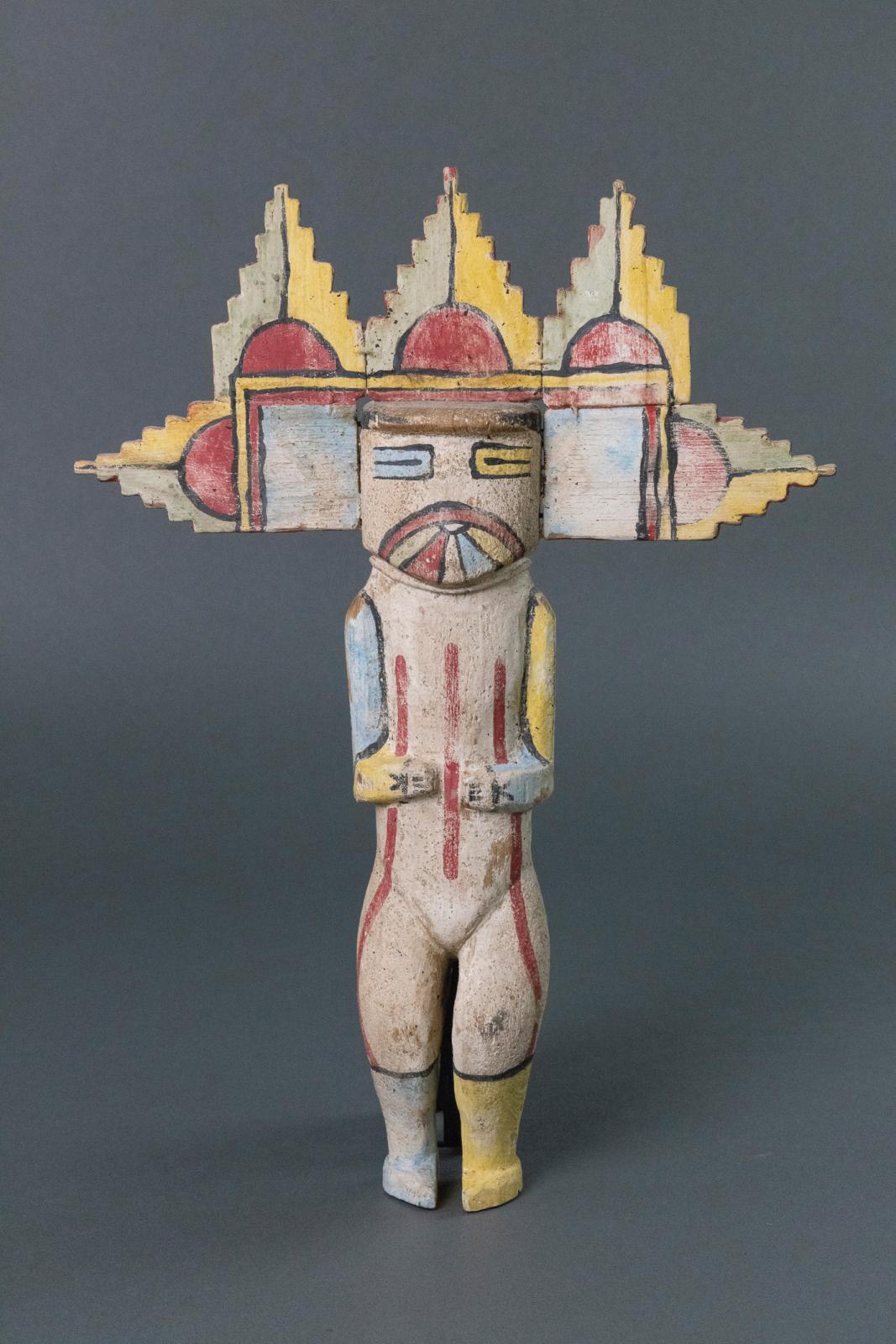 Estimated at €500 to €3,000, these 15 kachina dolls have remained for over 80 years in the family of Mr. Augustin D., who brought them back from the United States in the 1930s. They were highlighted in Europe over a century ago by André Breton and Max Ernst, Surrealists who acclaimed their connection to the world of dreams and poetry. Kachinas represent both spirits in the mythology of the Hopi Indians of Arizona and Colorado and the masks that embody them. These dolls, made by mask-men and given to children during a ritual dance, served as educational objects, helping the youngest children to learn about the mythology of their ethnic group. Each spirit is recognizable from its appearance, colors and clothing. For example, the terraced hairstyle of this Shalako Mana kachina symbolizes the clouds, while the paintings on the chin represent a rainbow.

Also noteworthy are Sipikne, the "Zuni Warrior", a member of the Warrior Guard family identified by his long-nosed black mask (€1,500/2,000) and the Cactus kachina (€2,000/2,500). This spirit, recognizable from its prickly pear hairstyle, only appeared in the Hopi pantheon in the early 20th century, and was used occasionally in ceremonies where it was associated with the cleansing of springs.

Print the article
Newsfeed
See all news
Tracey Emin Wants Art Removed from No.10 Due to Boris Johnson’s Behavior
Major KAWS Exhibition Opens at Serpentine and on a Video Game
Master Drawings New York to Go Ahead
Despite Tax Haven Links, Dutch Government Agrees to Buy Rembrandt for $175M
Not to be missed
Pre-sale