Like cats, Francis Picabia had many lives. But whether an Impressionist, Dadaist or Surrealist, he always loved animals. 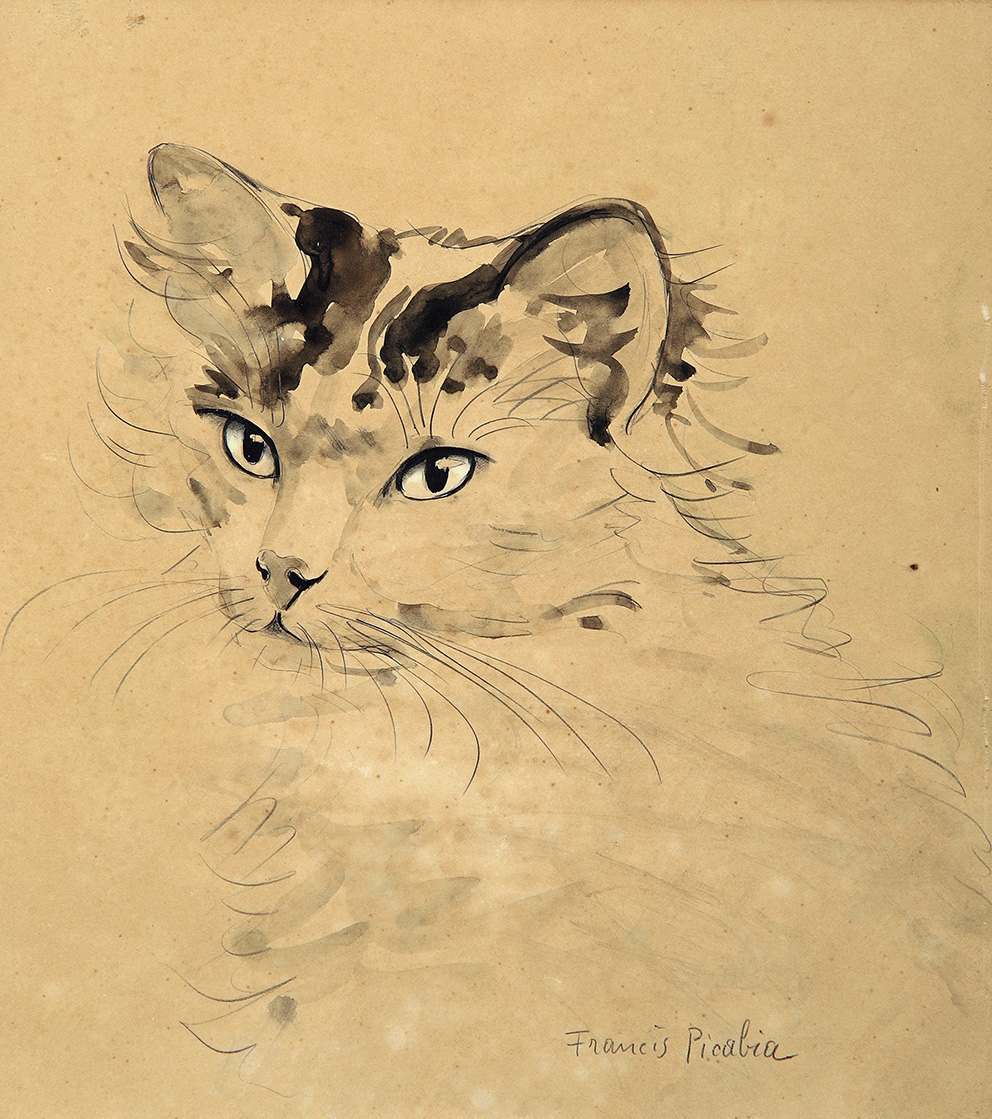 From Foujita to Pierre Bonnard, Pablo Picasso and Henri Matisse, many 20th-century artists have painted cats, those unfathomable felines we want to tame. In prior centuries, the mysterious creatures inspired fear and legends, but in modern times they became the painter’s inseparable companion in the solitude of the studio. Picabia painted this realistic-looking cat in the 1920s, well before his return to classical figuration.

Picabia's career began at the dawn of the 20th century; his work then featured the colors of Impressionism. But the daring painter decided to strike out on a new path. Supported by his wife Gabrielle Buffet, he experimented with abstract art, Cubism, Fauvism and, around 1911, Surrealism under the influence of Marcel Duchamp. After the readymades, Tristan Tzara converted him to Dadaism. In the 1920s, he gradually returned to painting and figurative art.

After Transparences (Transparencies), where cats already showed up, Picabia painted many female portraits in the 1930s, but also increasingly realistic-looking cats. In these works he returned to the pleasure of pure drawing and the classical Ingresque tradition of the line.