Marie Cuttoli and Joan Miro: The Renewal of Tapestry

This looks almost like a painting with its frame and stretcher, but it is actually a tapestry. Based on a design by Joan Miró, it was hand-woven in three copies. 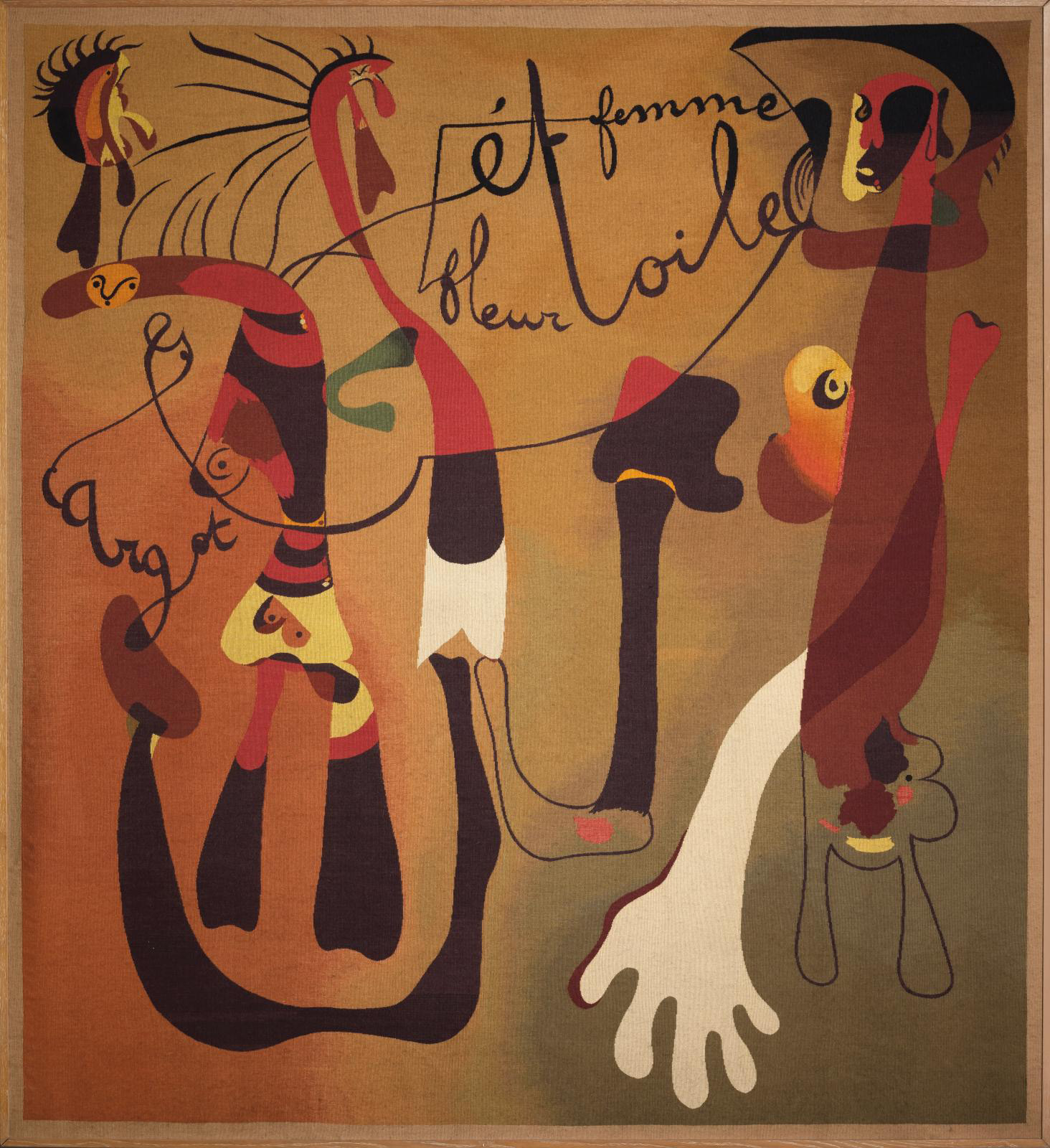 Miró painted the work that the tapestry is based on in 1934 after returning from Barcelona; today it is in the Reina Sofía National Art Center Museum in Madrid. At about the same time, he drew the cartoon in ink, which is in a private collection. The Delarbre workshop in Aubusson made just three copies. Hand-woven as in centuries past, each took six to eight months to complete.

This long-term project fascinated Miró and fulfilled the requirements of Marie Cuttoli (1879-1973), who wanted to respect the unusual nuances of the painters' palette. She grew up in Tulle (France) before meeting embroiderers in the medina of Philippeville, Algeria, where her husband Paul Cuttoli was mayor. Marie Cuttoli commissioned artists such as Natalia Goncharova to design models of dresses that she made on the spot before opening a workshop in Sétif, where young embroiderers executed cartoons requested from painters like Lurçat, Picasso, Matisse, Léger, Dufy, Braque, Rouault, Le Corbusier and Miró. The tapestries were exhibited at Myrbor (for Myriam Bordes, her maiden name), her store on rue Vignon in the Madeleine area, which became the Jeanne Bucher-Myrbor gallery.

Cuttoli made four Miró tapestries with Delarbre: Personnages avec étoiles (Figures with Stars, 1933), Personnages rythmiques (Rhythmic Figures, 1934), Hirondelle amour (Swallow Love, 1933-1934) and Escargot, femme, fleur et étoile (Snail, Woman, Flower and Star, 1934). One belonged to Miró himself, who hanged it in his family home in Palma de Majorca. Another has not been located—perhaps it is in a museum’s reserves or a private collection—and a third is ours. Bought for 52,000 francs (€28,510 in today's money) at the April 27, 1978, Louis Carré Collection sale at the Palais d'Orsay organized by Ader-Picard-Tajan, it has been in the same European collection ever since—an additional asset.