Bortnyik in the vanguard

Sandor Bortnyik played a key role in the renewal of Hungarian painting. Demonstration. 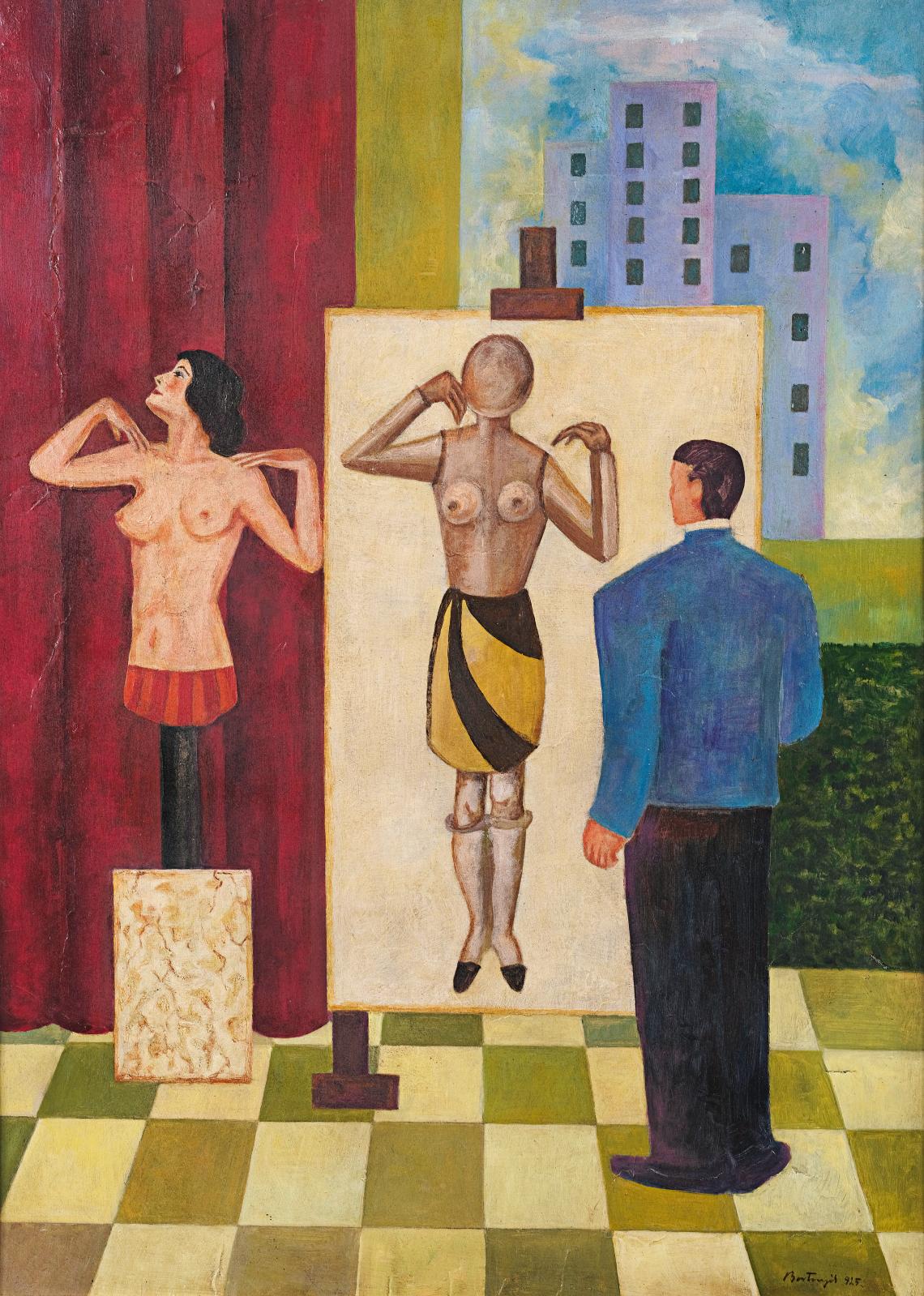 The first quarter of the 20th century was marked by the internationalisation of art movements, when the spotlight moved away from Paris with the emergence of other centres in Germany, Central Europe and Russia. Sandor Bortnyik's painting illustrates these teeming influences. After studies at the free school of fine arts in Budapest, he became familiar with the most ground-breaking Western trends, introduced to Hungary by Karoly Kernstok. Bortnyik was first inspired by Cubism and Expressionism before turning to Russian Constructivism, joining the artists of the review MA (Today) in 1918. His aesthetic explorations naturally led him to exhibit at the Berlin gallery Der Sturm ("The Storm"), where Herwarth Walden hosted revolutionaries of the visual arts seeking recognition. In the same year, 1922, he moved to Weimar, where the Bauhaus was now flourishing, and remained there until 1924. His work then took a new direction, moving closer to Fernand Léger's Syncretism. Bortnyik returned to perspective, making play with planes to create illusionist compositions full of mannequins reminiscent of Giorgio De Chirico's metaphysical painting. They included The New Eve and The New Adam, now in the Hungarian National Gallery in Budapest. Although dating from a year later, 1925, the work here is also typical of Bortnyik's composite style. The artist returned to Budapest enriched by all the artistic experiments of his time, which he passed on through his teaching. In 1928, he founded the Mühely school ("The Studio"), then taught at the School of Arts and Crafts before taking over as director of the Hungarian Academy of Fine Arts.

tableaux et dessins modernes, art nouveau, art déco, design, art contemporain
Salle 10 - Drouot-Richelieu - 9, rue Drouot - 75009
Oger - Blanchet , Jean-Jacques Mathias
Info and sales conditions
Catalogue
Salerooms
Results
Newsfeed
See all news
David Zwirner to layoff 20% of its staff
Underwater discovery of ancient aboriginal artifacts in Western Australia
Massimo Osanna named new Director-General of Italian museums
Boris Johnson pledges £1.5 billion for UK arts and cultural organizations
Not to be missed
Pre-sale
Female subjects
Women are in the limelight at this modern art sale, where a carved…
Pre-sale
The boy king and the virtuoso engraver
The meeting between the young Louis XIV and the sculptor Jean Varin…
Pre-sale
Superb tapestries from the Tchaloyan collection
Over fifty pictures in wool and silk dating from the 15 th to the…
Pre-sale
The flames of love that recall Versailles
Created in the late 18 th century, or more probably even in the…