A Venus by Guido Reni for the Duke of Mantua

An exceptional early 17th-century non-religious scene – The Toilet of Venus – by the master of the Bolognese school for the Duke of Mantua. 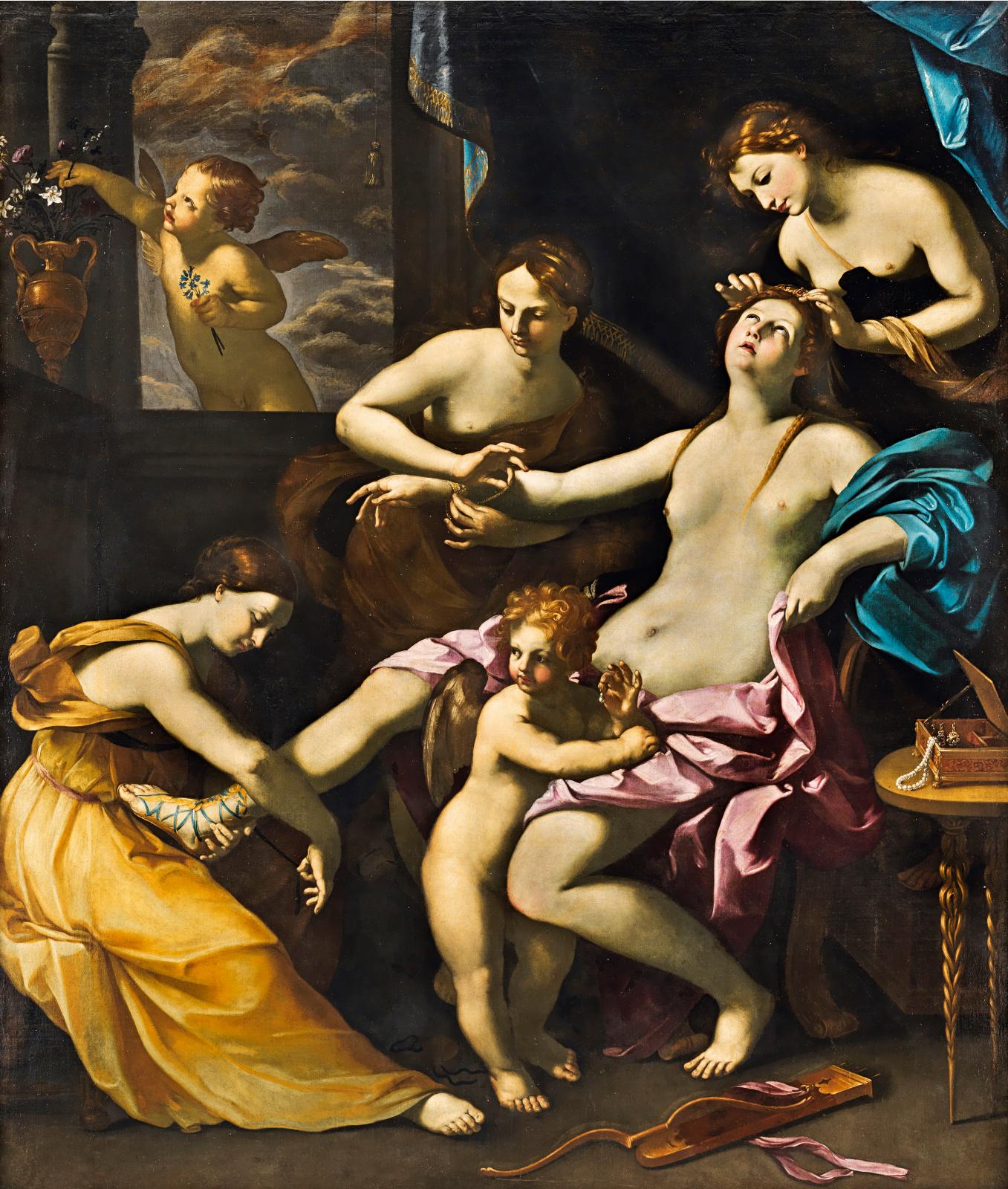 These young women were once thought to be the Three Graces, but it is now certain that they are the servants of a bathing Venus. As a counterpoint to the religious scenes comprising most of his work, Guido Reni had the opportunity to depict female nudity in all its beauty. However, in a context where the Counter-Reformation still held sway, references to religion are never far away. Here, Venus looks heavenward with a spiritual expression verging on ecstasy. Reni was the first to give some of his subjects that look, which later became very popular. He painted this rare scene in 1622 or 1623 at the request of the Duke of Mantua, Ferdinando di Gonzaga, to expand an already large collection of works by the local school’s other great names, including Domenichino, Guercino, Lorenzo Garbieri and Alessandro Tiarini. Although The Toilet of Venus does not appear in the collection’s 1627 inventory, it is on the list of acquisitions of the Duke's paintings drafted on 27 March of the same year by the Flemish merchant Daniel Nys, inventoried as The Three Graces and assessed at 300 scudi. Reni actually made two versions of the same painting: one for the Duke of Mantua, the other for Count Tobia Rossellini, whom he had met during his stay in Naples. This counterpart is now at the National Gallery in London. However, most of it was painted by Reni's studio rather than the master alone, unlike this canvas, which would have been painted first.

Catalogue 3 : Tableaux de Maîtres anciens Partie I
Munich - 44, Schellingstrasse - D-80799
Hampel
Info and sales conditions
Catalogue
Newsfeed
See all news
Katerina Gregos Named Director of National Museum of Contemporary Art in Athens
Over half of UK Museums and Galleries Are ‘Concerned About Long-Term Survival’
Feminist Artist Mary Beth Edelson Has Died at 88
French Art Dealer Hélène Greiner Has Died
Not to be missed
Pre-sale
Pierre Klossowski and André Gide: When Drawings Become…
Pierre Klossowski (1905-2001) is among the headliners at a modern…
Pre-sale
Love Through the Eyes of Boucher and Watteau
The top results of this classic sale could be posted in the early…
Pre-sale
Cartier's "Mystery Clock"
This monumental Art Deco timepiece in rock crystal, onyx and marble,…
Pre-sale
The Style of French Architect Charles Percier
One of Charles Percier's earliest drawings, which he made in Rome…