The American Realism of John Register

Ghostly street scenes are recurrent in the work of American painter John Register. Like Edward Hopper, he painted a melancholic portrait of America. 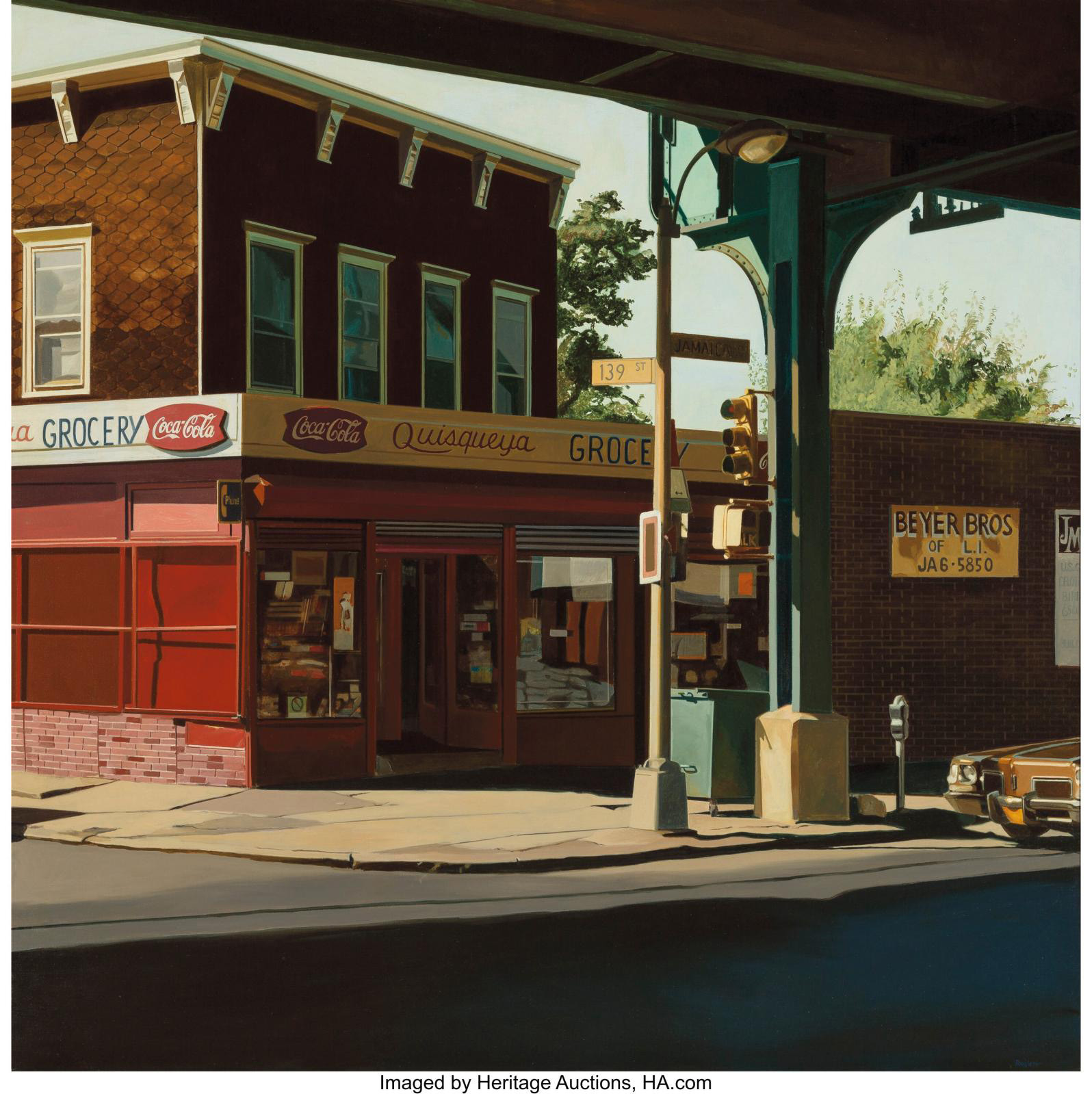 Born 1939 in New York, John Register painted sunny, deserted streets, empty cafés and hotel rooms in New York and Southern California. These themes, as well as his style, recall another great name in American Realism: Edward Hopper (1882-1967). Without denying this heritage, Register said: "With Hopper, you witness someone else's isolation; in my paintings, I think you, the viewer, become the isolated one." The absence of human figures in his work heightens the sense of isolation. In 139th St. Grocery, the viewer is not outside the scene but thrust into the middle of it. He is the one who observes this empty New York street corner under the viaduct.

This marks the painting’s first appearance in the art market. Its current owner bought it directly from the artist in Malibu. Like Hopper, Register is a master of light and shadow: the grocery store is bathed in light on a shady street. These contrasts shape a poetic, melancholic vision of solitude. Register mastered drawing and the use of saturated colors to perfection. He studied applied arts at the Pasadena Art Center and design at the Pratt Institute in New York (founded by his great-grandfather) before embarking on a successful career as an advertising artist until realizing it was not to his liking. On his 33rd birthday, he dropped everything to focus entirely on painting. Stricken by an incurable disease, Register moved to California, where he died on April 9, 1996, at the age of 57. The first retrospective of his work took place in 1999 and traveled to several museums throughout the United States. Today, Register's paintings are in the San José Museum of Art and the Seavest Collection of Contemporary American Realism.

Tableaux contemporains
Dallas - 2801 W. Airport Freeway - 75261-4127
Heritage Auction Galleries
Info and sales conditions
Newsfeed
See all news
Verona: 2nd-century Frescoes Discovered Under a Cinema
Southbank Center to Display Art by Brits Isolating due to Covid-19
Concept and Artists Announced for its 2021 Edition of Steirischer Herbst
6,000 Visitors for the Drawing Now Alternative Fair
Not to be missed
Pre-sale
Eugène Delacroix: An Impassioned Believer
Eugène Delacroix (1798-1863) was deeply attached to religion and…
Pre-sale
The Strasbourg Jugendstil from Oberlé to the Treser …
Art Nouveau or Art Deco ? It is hard to say, since this silver bowl…
Pre-sale
Olga de Amaral’s Textiles: Halfway Between Colombian…
Rare on the European market, the work of Colombian artist Olga de…
Pre-sale
The Broken Lines of Designer Eugène Printz
This striking commode, with its suspended body and brass volute…