Jan II Van Coninxloo: A Meeting Between Worshippers of God

This 16th-century scene with Abraham and Melchizedek is the work of Flemish Mannerist Jan II Van Coninxloo. 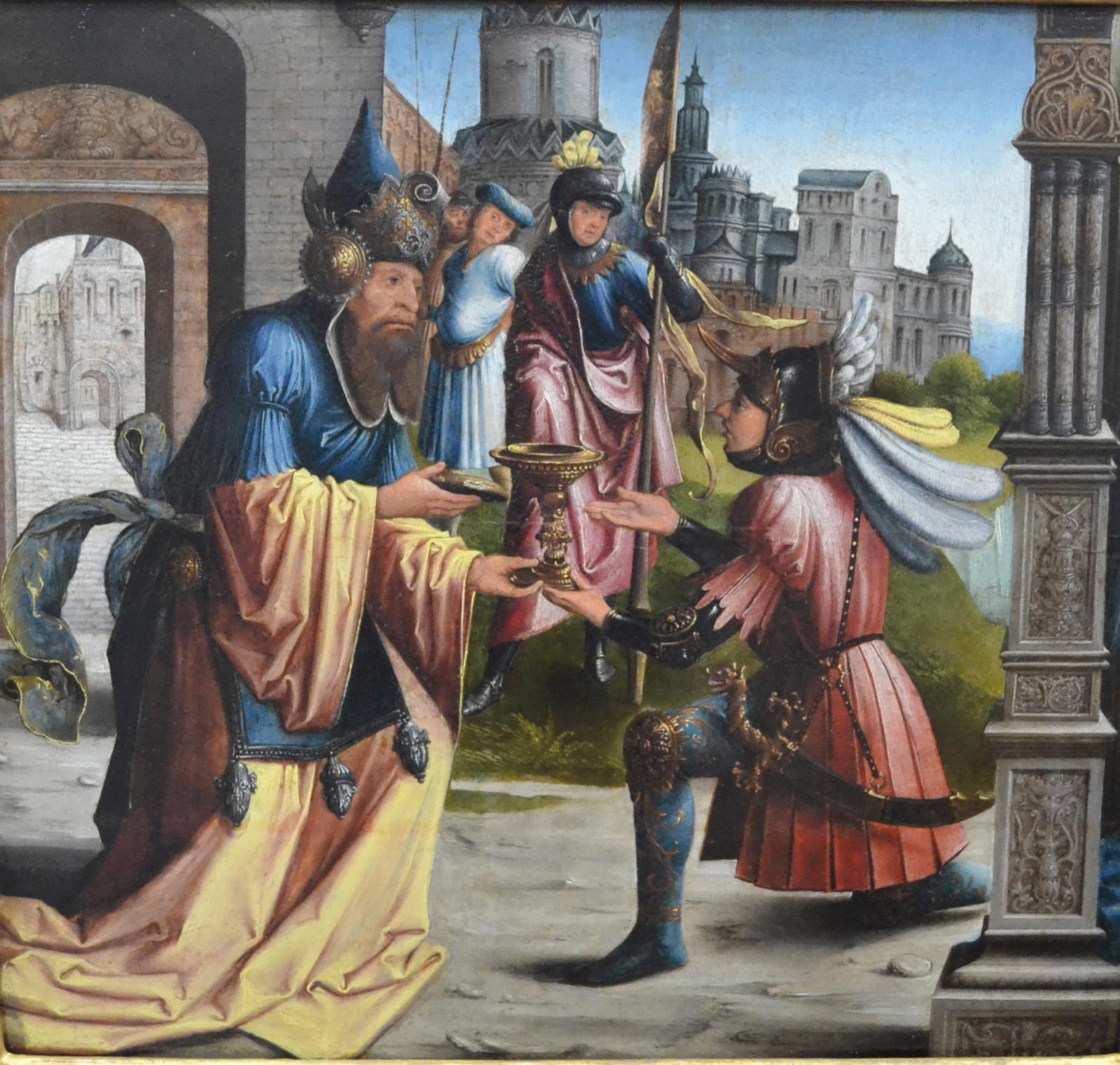 The art of 16th-century sculpture certainly inspired the striking Biblical scene in the foreground—which viewers experience as though they were there, through the magical effect of the imposing size of the protagonists. Active in the southern Netherlands, Jan II Van Coninxloo belonged to a major dynasty of Flemish painters. Though born in Brussels, he worked in Antwerp, the center of Mannerism at the time. As with Jan Gossaert and Jan de Beer, this school was part of a movement that combined traditional Flemish painting with Renaissance art. It was also characterized by lavish gestures and vivid draperies: two aspects found in this depiction of the Meeting of Abraham and Melchizedek in an attractive Gothic architectural setting.

This scene, taken from the Book of Genesis, shows Abraham, the patriarch who led his people from Mesopotamia to God's Promised Land, kneeling in knight's armor before the priest and King of Salem (Jerusalem) Melchizedek, dressed in priestly garments. The latter offers him bread and wine, pronouncing the benediction: "May Abram be blessed by the Most High God who created heaven and earth, and blessed be the Most High God who delivered your enemies into your hands". This refers to the war Abraham won against Kedor-Laomer, King of Elam, and his allies, who had attempted to seize the plain of the Jordan and the land of Canaan (Palestine), where the patriarch had settled with the chosen people. In recognition of Melchizedek as a worshipper and priest of the one true God, Abraham offered him a tithe of all he had, i.e. a tenth of his possessions, only accepting food for his companions from him. This scene foreshadows that of the Eucharist and illustrates the chivalric virtues of hospitality, crusading and submission to the Church displayed by Abraham.