A Rediscovered Masterpiece by Carl Moll

This long-lost painting by Vienna Secession artist Carl Moll has been in the same collection for over a century—probably since 1908. It depicts the influential Austrian art critic Berta Zuckerkandl-Szeps in her Josef-Hoffmann-designed interior. 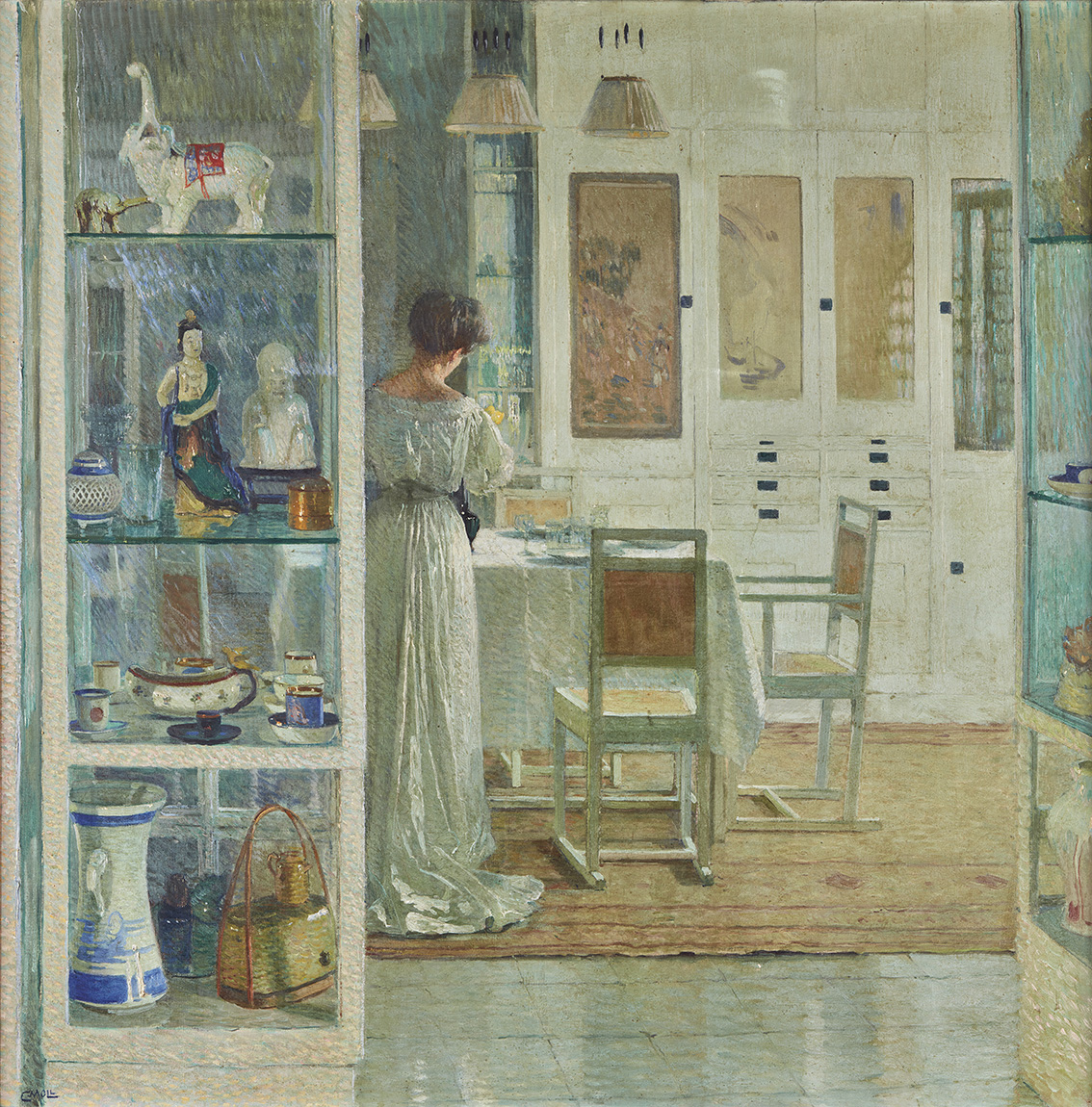 The recently rediscovered work has never been on the market: the only record until now was a photograph taken at the 1908 Vienna Kunstschau alongside Gustav Klimt’s iconic The Kiss (Belvedere Museum). It may have been bought at the end of the exhibition and has remained in the same private Frankfurt collection, which moved to California in the 1970s. Now added to the artist’s catalogue raisonné edited by Cornelia Cabuk, on February 23 it could fetch the highest price ever paid for a work by Moll. The current record, €260,300, was set in 2007 by Dorotheum.

Moll is little known outside his native Austria, yet he co-founded the Vienna Secession with his close friend Gustav Klimt. Here, the square format contributing to the work’s immediacy, the vibrant light bathing the room in a meditative mood and the precious shades of white make this intimate scene a symbolist masterpiece.

Wrapped in this ivory atmosphere, a mysterious woman seen from behind is busy arranging tulips in a vase. She is memoirist, art critic and journalist Berta Zuckerkandl, who ranked among turn-of-the-century Vienna’s most influential figures: Karl Kraus called her “the puppeteer of Vienna’s cultural scene”. Zuckerkandl would pick up her acid-tipped pen at the drop of a hat to defend avant-garde artists embroiled in controversy or threatened with censorship. Austria’s leading figures met every week at her salon on Nusswaldgasse, the main street in Vienna’s Döbling neighborhood. Moll captured the apartment’s slightest details, showing Zuckerkandl’s china and Asian art collection and Josef Hoffmann’s decoration, considered the height of modernity at the time, in their best light.