Vyšší Brod: A master and a masterpiece

Little known in France, the Master of Vyšší Brod is a key figure in Prague painting of the mid-14th century, when Bohemia was central to Europe's political and cultural life. An intriguing journey. 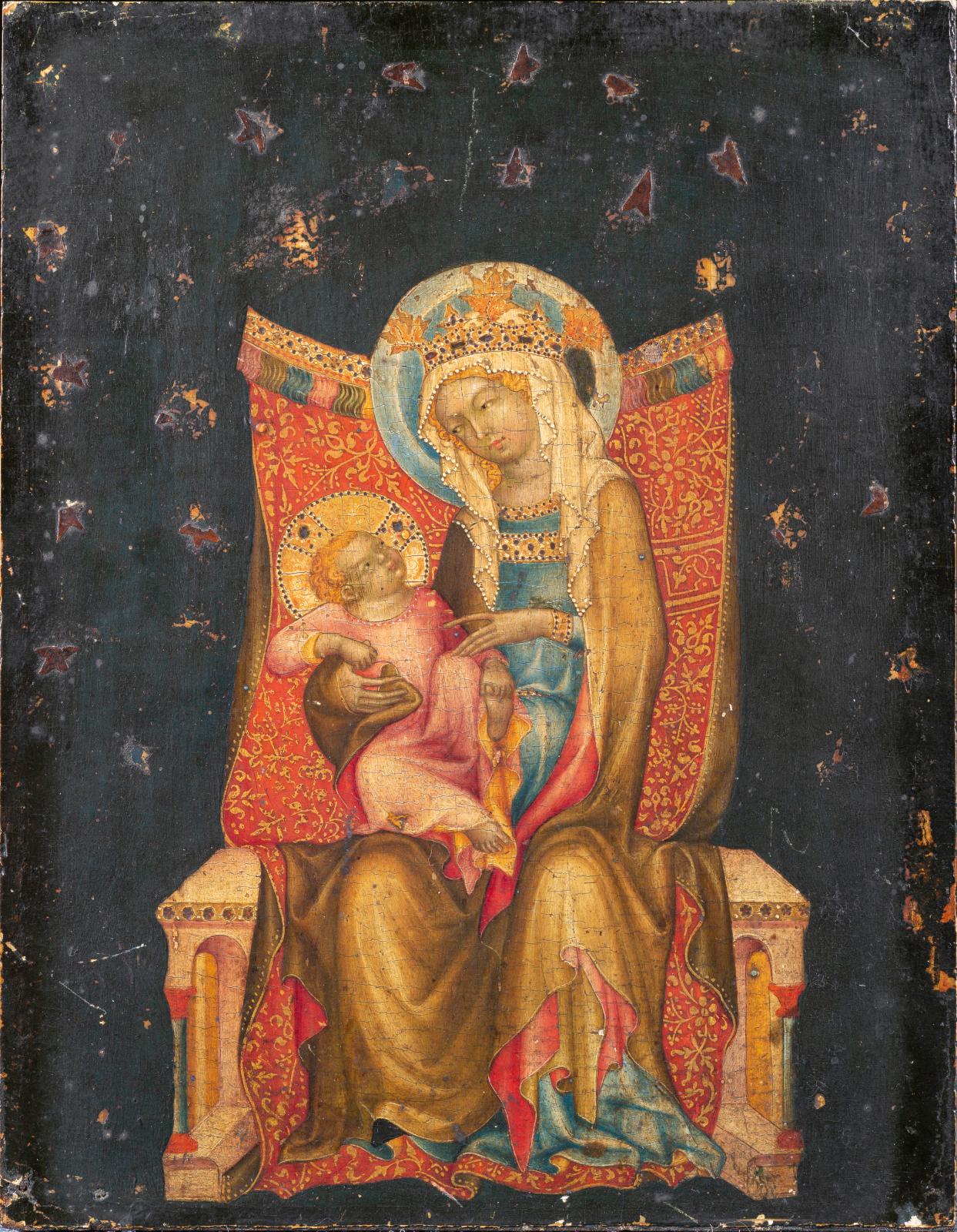 What path did this twenty-two-centimetre-high panel take from its native Bohemia to end up in Dijon, France? Nobody knows, not even the owners, who have had it in their family for three generations. There was certainly no obvious connection with one of the great masters of medieval painting. The team of the Turquin auction house took a long time to arrive at this attribution. Firstly, their Primitive painting specialist, Marianne Lonjon, advanced the theory that it was by a 14th-century Prague artist. Then Eric Turquin travelled to the city itself to explore the works of this anonymous master, active in Bohemia in around 1350 and named for the altarpiece in the Cistercian convent of Vyšší Brod, in the south, whose nine panels are now in the National Gallery of Prague. Other paintings attributed to him include the Vysehrad Madonna, also in Prague, and the Kladsko Madonna, now in the Dahlem Staatliche Museum in Berlin. There are many similarities between these figures and the Virgin and Child Enthroned of Dijon, such as the arrangement of the draperies, the expressive faces of mother and child and their tender mutual gestures. "The delicate portrayal of feelings is typical of works by the Master of Vyšší Brod," says the expert, and was a stylistic development that appeared in Prague at that period under the influence of International Gothic. Particularly evident in this work, the link between the Master of Vyšší Brod and the art of illumination is established by the architectural background revealed by an X-ray. It was concealed beneath a black starry sky painted on in the 18th century to focus attention on the Madonna and Child.

tableaux anciens, mobilier et objets d'art
Dijon - 44, rue de Gray - 21000
Cortot et Associés
Info and sales conditions
News feed
See all news
Paris Photo launches its New-York edition
First Donald Judd's US retrospective in over 30 years
Tefaf Museum Restoration Fund's grant goes to the V&A and LACMA
Resignation of the Uffizi's scientific committee
Not to be missed
Pre-sale
Robert Beauvillain: the love of illustrated books
A chance to savour the exquisite Hours, early printed works and…
Pre-sale
A radiant bull
The clearly-identifiable creature, accompanied by symbols, expresses…
Pre-sale
Watch out for these!
A Parisian collector assembled this set of thirteen timepieces over…
Pre-sale
Back to nature
Combining spontaneity and sophistication, this work by Léonard Foujita…