This beautiful painting by Gustave Boulanger was exhibited at the 1848 Prix de Rome competition before disappearing for almost two centuries. It reappeared in a small house nestling in the countryside of the Creuse, France and is now up for auction at Guéret. 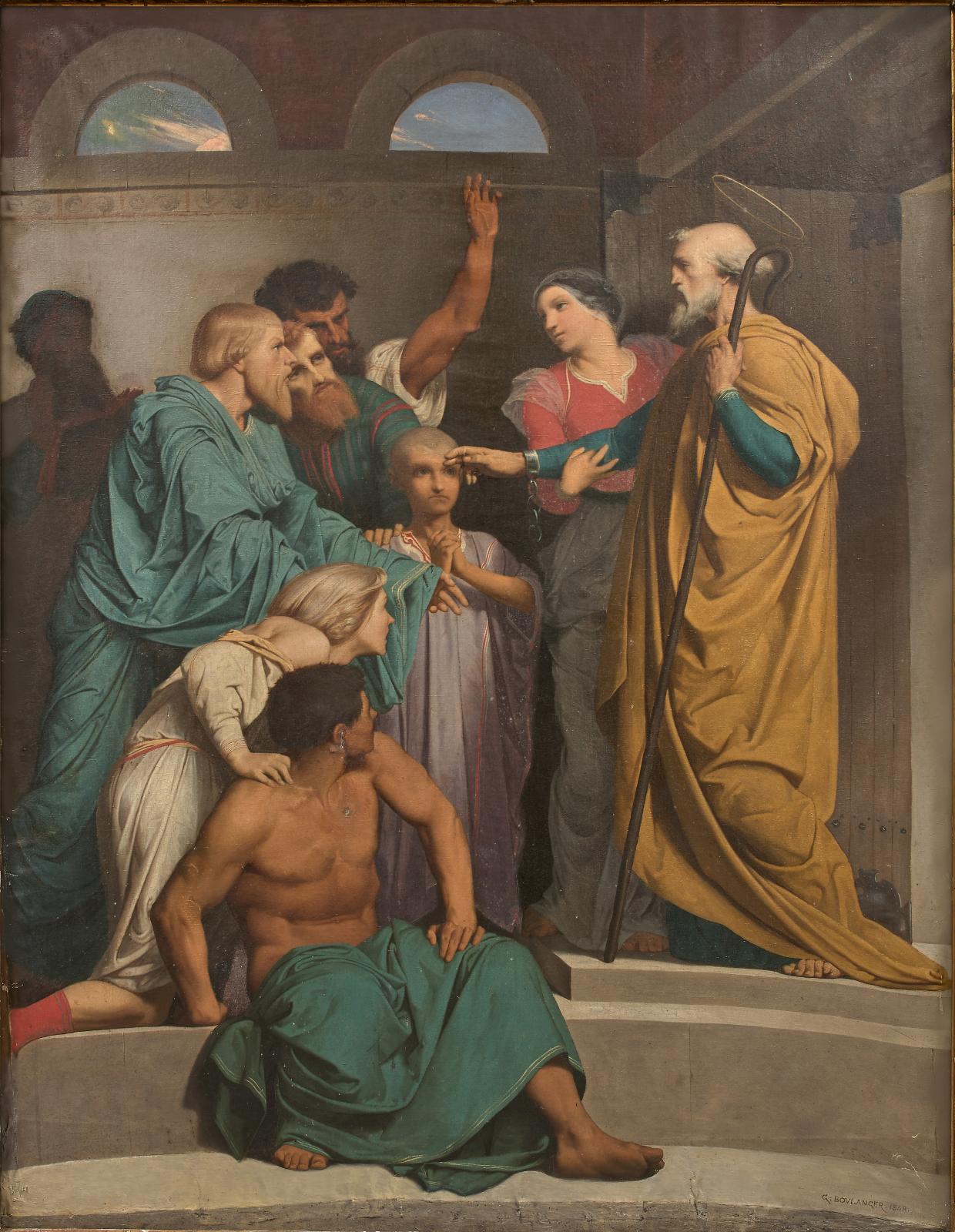 We may never know how Gustave Boulanger’s imposing Saint Pierre introduit dans la maison de Marie, mère de Jean (“Saint Peter Introduced into the House of Mary, Mother of John”) ended up in the attic of a small house in a rural part of the Creuse—not even art is spared from life’s twists and turns. It dropped out of sight shortly after being exhibited at the 1848 Prix de Rome competition. The young Boulanger, 24, was then a hard-working pupil, studying for two years in the studios of Pierre-Jules Jolivet and Paul Delaroche at the Paris École des Beaux-Arts. Academic painting was at its peak: it reigned supreme over the Paris Salons, offering reinterpretations of ancient mythology, the history of France and Orientalist scenes, which featured prominently in the second part of Boulanger's career.

The dynamics of story-telling
A painter showcased work on the theme of Saint Peter at the Salon for the first time in 1838. He is a fascinating figure: the first of Jesus's apostles was the leader of the earliest Christian community in Jerusalem, was imprisoned by Herod, and later freed by an angel before finding refuge with Mary Salome (mother of the apostles John and James) and her husband Zebedee, a fisherman on the Lake of Galilee. Here, despite the obvious displeasure of the bearded men on the left of the canvas, she welcomes Peter into her house, while her youngest son is in adoration before the saint. The painting’s composition and narrative character make it very dynamic. Boulanger set the scene in an ancient stone interior, the delicate "Cretan" frieze at the top of the wall indicating his knowledge of architecture. He confirmed that mastery in one of his major works, now at the Musée d'Orsay, the Rehearsal of "The Flute Player" and "The Wife of Diomedes" at Prince Napoleon’s house, a realistic depiction of a Pompeian house. But one question remains unanswered. Did Boulanger win the Prix de Rome with this painting? Well, no; nobody did in 1848. It was not until the following year that he triumphed, with Ulysses Recognised by Eurycleia.