The Jaguar XK120 is still legendary because it was the manufacturer’s first coupé. 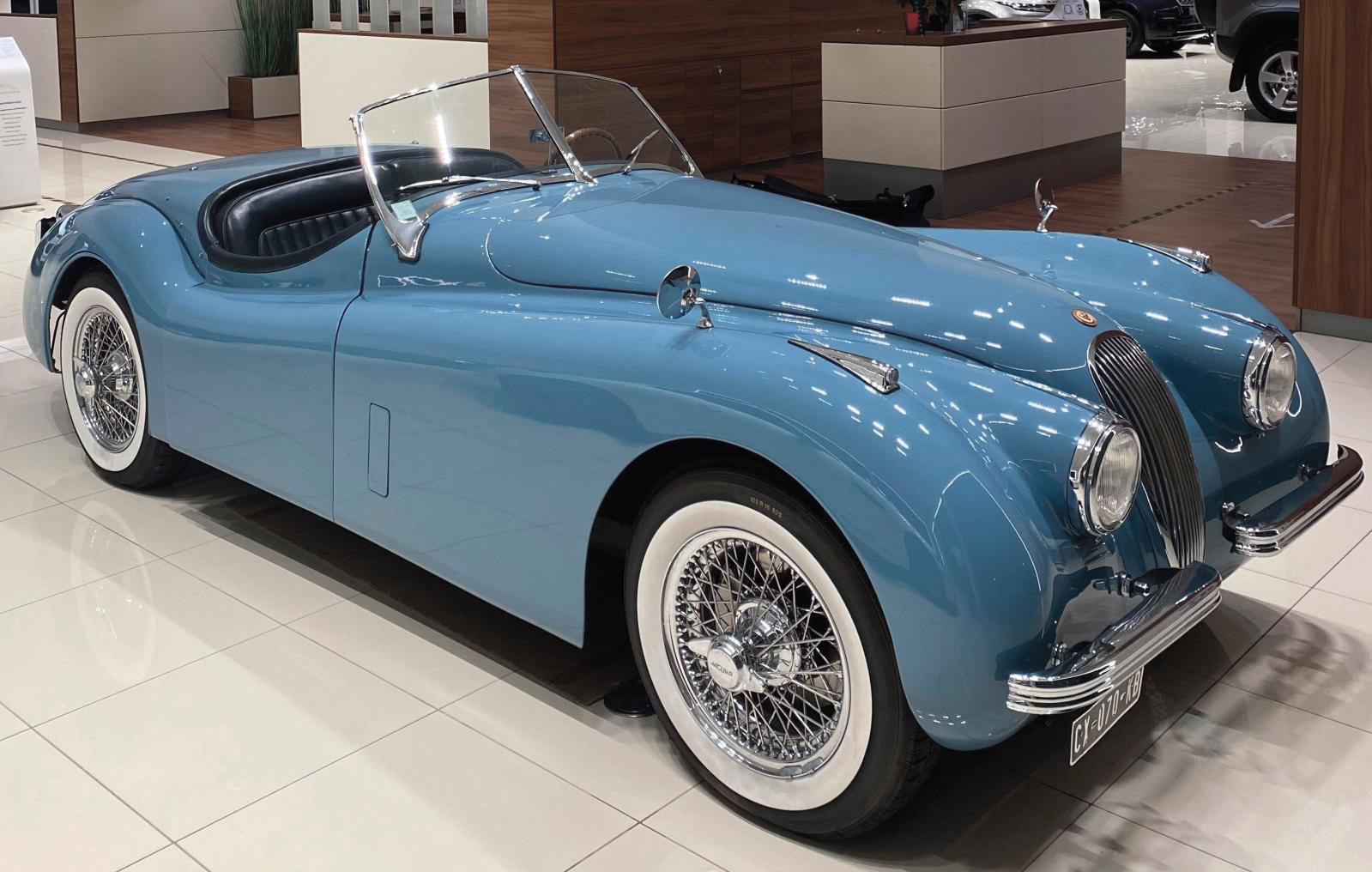 Its British charm, supple, dynamic lines and unmatched elegance are irresistible. What’s more, enthusiasts agree that driving the Jaguar XK120 is one of the most enjoyable experiences a vintage car can offer. The Jaguar created the XK just after the Second World War, when the company no longer wanted to depend on other manufacturers to produce its own engines. Engineer William Heynes designed the six-cylinder engine with a groundbreaking double overhead camshaft head, the engine from which the car draws its name.

Jaguar founder William Lyons wanted to introduce his new car at the 1948 London Motor show, but the body for the sedan model was not ready so he designed a limited series in a sport version using a shortened MkV chassis. The XK120 (for 120 mph, almost 200 kph) was born. Powerful, elegant and inexpensive for its performance (less than £1,000), it was so successful that Jaguar quickly abandoned the limited series. A few changes were made. The body was now produced in steel instead of aluminum, and new versions came out, including the fixed-head and drophead coupés, like ours, presented in competition condition and restored by a Jaguar specialist in 2021.

The elegant sports car conquered the greatest personalities of their time, from Clark Gable to Françoise Sagan and Jayne Mansfield, who zoomed through the streets of Los Angeles in a pink Jaguar.

Shapes and colors resonate in this 1956 gouache. With a freedom that...

When the Austrian architect debuted his collaboration with Estrid...

Feminine Charm According to Balmain

Henry Moret, from Normandy to Brittany

Originally from Normandy but a resident of Brittany, Henry Moret...