Aristide Caillaud at the Baltard Pavilion

The Aristide Caillaud focuses on architecture and the bustling life that animates the former Parisian market Les Halles in this large painting where a tree, a recurring subject, is also featured. 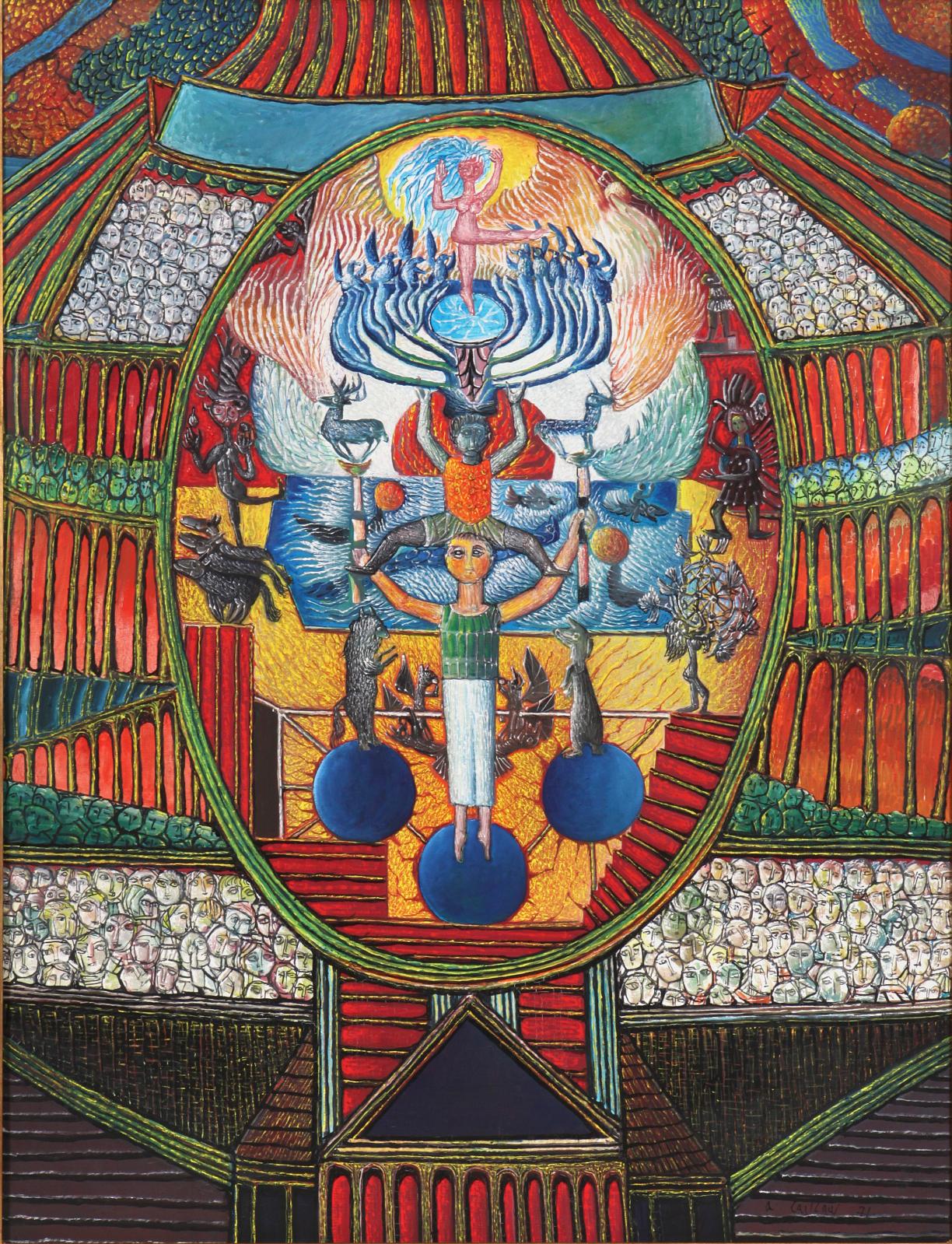 This work from a private collection appeared as number 26 in the June 1976 Aristide Caillaud retrospective at the musée d’Art moderne de la Ville de Paris (Modern Art Museum of the City of Paris). In the introduction to the exhibition catalog, which features a full-page reproduction of the work, critic Max-Pol Fouchet quoted the painter: "One day my father showed me the sun behind a tree… It was one of the most extraordinary impressions of my life, the sun! I put it everywhere, in almost all my paintings [...] When I paint, my painting comes slowly, like a tree growing in a dream.” The tree also symbolizes a man who can neither live nor thrive without his roots and his environment.

Acrobats, fantastic animals, and plants come together to form a tree in the middle of an oval resembling a circus ring. It rises skyward in the center of a huge cast-iron structure as hundreds of small round heads look on. Les Halles teemed with market vegetable vendors, fishmongers, and butchers. Its groundbreaking architect, Victor Baltard, combined iron, cast-iron and glass during the second half of the 19th century. By the 1960s, the Paris central food market had outgrown its 10 pavilions; in 1971 demolition began, amid protests, to build the RER station and the Forum des Halles. In January 1976, the Baltard Pavilion, number 8, was moved to Nogent-sur-Marne. It was the only one to have survived.

Caillaud paid tribute to Baltard’s architecture in his unique style navigating between naive art and art brut. He liked Les Halles for personal reasons: when the painter moved to Paris in the 1930s, he himself worked at odd jobs in the food trade.