Félix Ziem's attachment to the city of the Doges.

Kept in the same family since the 1920s, a painting by Félix Ziem reminds us of the artist's importance in the history of art. 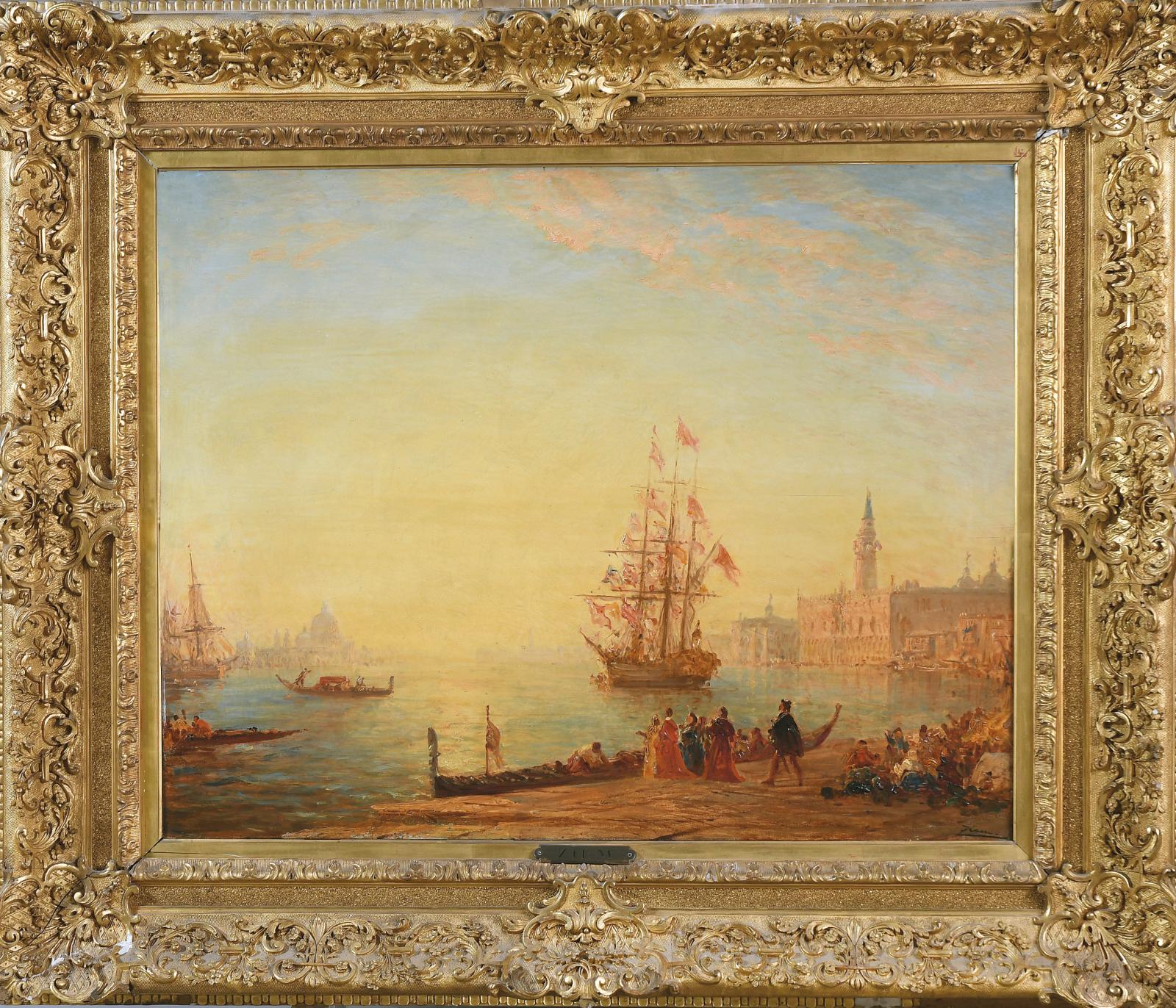 The Félix Ziem committee must have been thrilled to rediscover this magnificent painting, which will naturally be added to the artist's catalogue raisonné. This scene shows Venetian quays lit by the rays of the setting sun. Gondolas and yachts are dotted along the canal, while in the background we can see Saint Mark's Square with its campanile and the basilica of Santa Maria della Salute. Ziem discovered Italy in 1842, before he became a famous and sought-after painter. He set off on foot to Rome, paying for food with paintings and drawings, and experienced a "revelation" when he reached the Serenissima. He returned there regularly, setting up a studio in 1847 on a topo (a flat-bottomed boat), and later on a traghetto (a large gondola laid out as a studio/living quarters). He was a great admirer of Claude Gellée, aka Le Lorrain, and the view here with figures in Renaissance clothing illustrates everything he owed to this 17th-century artist, who set the trend for port scenes bathed in romantic light. While Ziem, who was close to the Barbizon school, belonged to the generation of French artists who painted from life and sought natural atmospheric effects, he always finished his paintings in the studio, imbuing his landscapes with their inimitable lyricism. A forerunner of Impressionism with his rapid touch, he had a powerful influence on the following generations, particularly on one of the students at his Marseille school, Adolphe Monticelli.