One of Charles Percier's earliest drawings, which he made in Rome in the late 1780s, foreshadowed the style advocated by Napoleon when Percier became his architect. 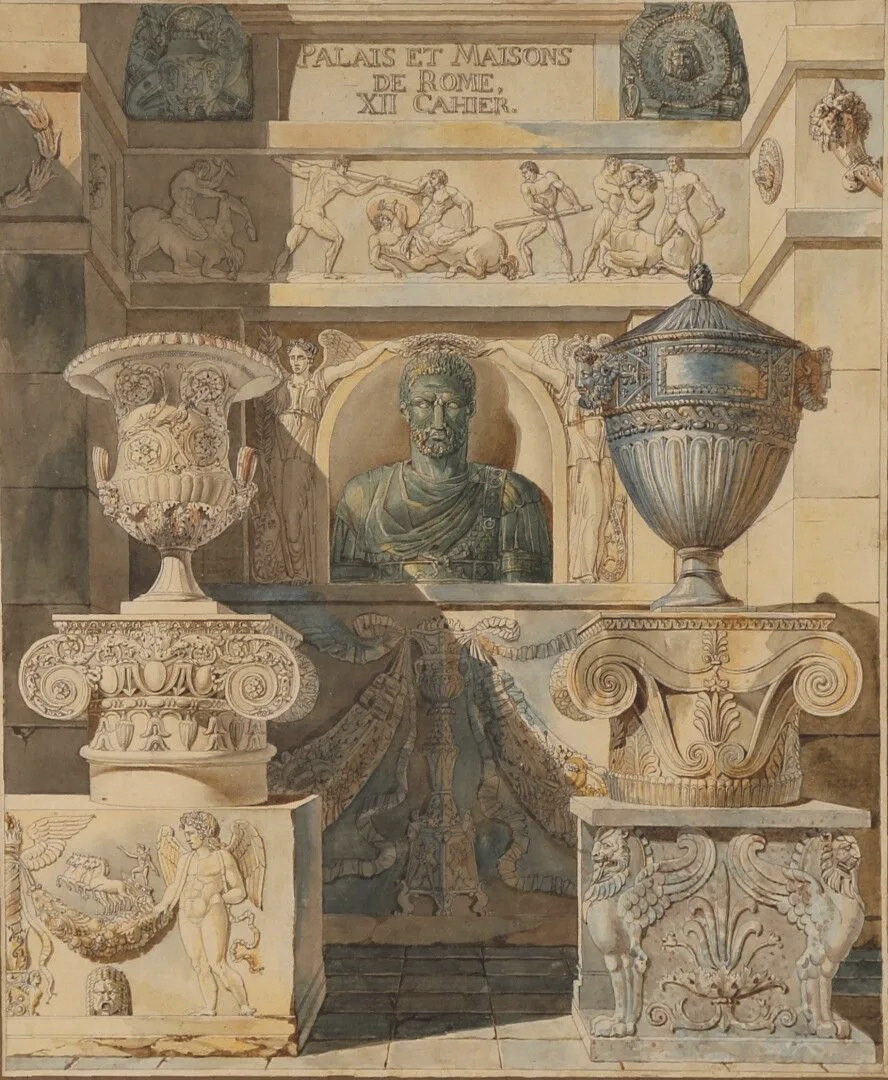 Titled in the upper part of the architecture, this drawing is a preparatory sketch for plate 68 of the 12th notebook in Charles Percier’s work Palais, maisons et autres édifices modernes (Palaces, Houses and Other Modern Buildings) published in 1798. For this collection, the first he produced in collaboration with his lifelong partner, Pierre Fontaine (1762-1853), Percier drew inspiration from the drawings he made during his stay in Italy from 1786 to 1791. He had studied with architects Marie-Joseph Peyre (1730-1785), Pâris and Jean Chalgrin (1739-1811) and was already working with Fontaine before entering the Royal Academy in the studio of David Leroy. In 1786, he won the first Grand Prix of Architecture, which included a coveted residency at the Mancini Palace in Rome.

During his five-year stay in Italy, Percier studied ancient monuments with wonder and built up an immense repertoire of drawings, which would serve as a source of inspiration for a lifetime. Upon returning to France, he founded an architecture school with Fontaine and participated in the creation of the Musée des Monuments Français. But it was the publication in 1798 of Palais et maisons de Rome (Palaces and Houses of Rome) that brought them attention from the upper bourgeoisie of the Directoire—and Josephine de Beauharnais, who introduced Percier and Fontaine to Napoleon. They were soon masters of the Empire style.