A Lalique from the Verdenal collection

This piece of Lalique jewellery from the former Verdenal collection, a prominent family in Pau, illustrates the artist’s attachment to eastern France. 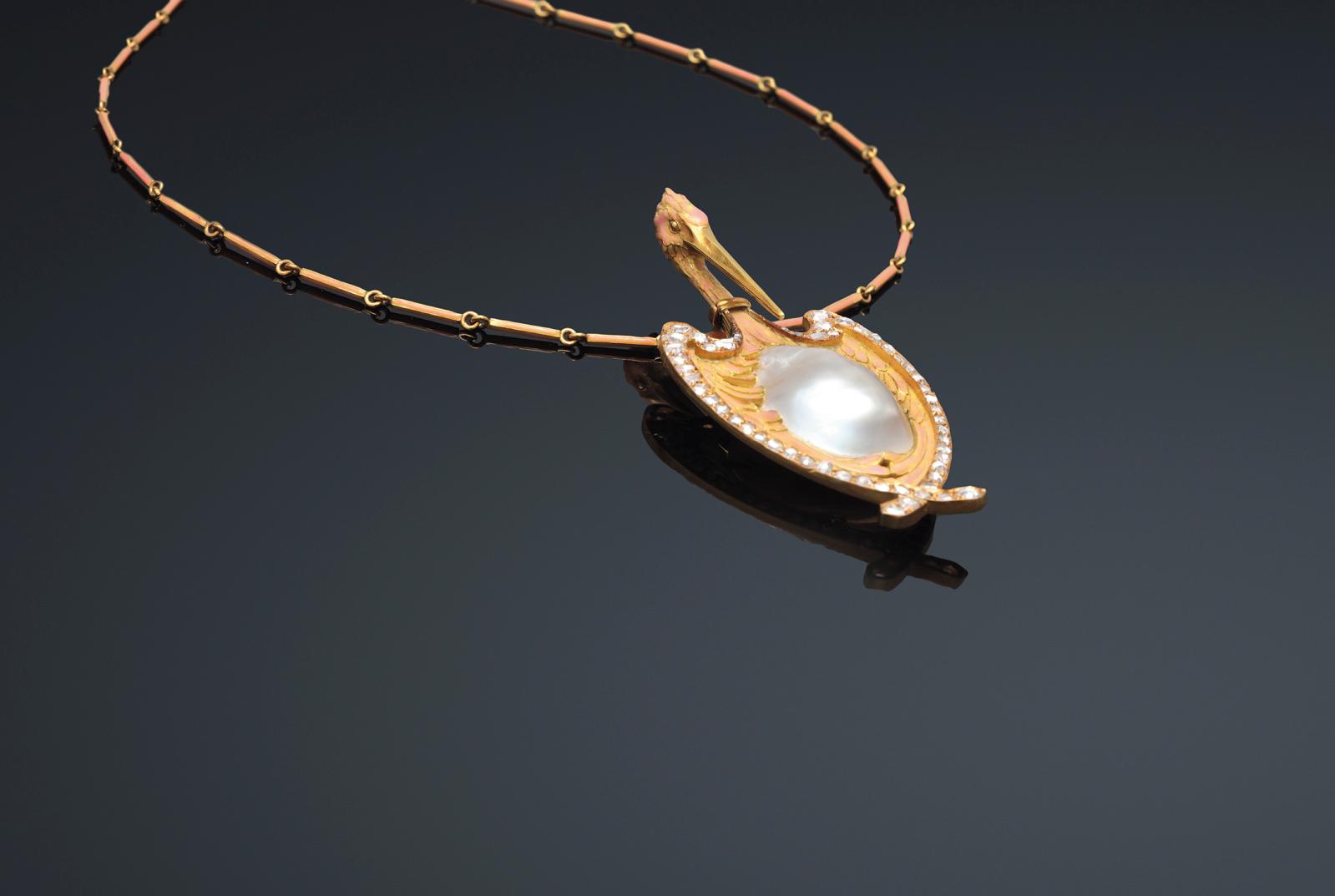 Generations of scientists, politicians, lawyers and rugby players of the Verdenal family left their mark on the city of Pau and the region. They also built up an important art collection, including Old Master paintings acquired by Paul Massinot, an ancestor born in 1826, Art Nouveau jewellery and glassware and 19th-century Pyrenean works and landscape paintings, most of which were purchased by Pierre Verdenal, the mayor of the capital of Béarn from 1937 to 1944.
Japanese art had a deep influence on jeweller and glassmaker René Lalique (1860-1945), but so did his roots in eastern France. Born in Aÿ, in the Marne, he was marked from an early age by his native region’s fauna and flora, a primordial source of inspiration in his jewellery. Eschewing precious materials for glass, enamel or mother-of-pearl, he embraced a totally innovative style, opposing the creations of the time, constantly revisiting the works of past centuries and favouring ornamental motifs inspired by nature, the female figure or the arts of the Far East. Lalique raised jewellery to the status of a work of art. Dragonflies, butterflies and other insects are common motifs in his work. So were storks. They are present from his earliest jewellery—of which this necklace dated between 1885 and 1890 is a fine example—to his Art Deco transparent glass vases. With its majestic black and white plumage, the large bird is easy to spot in the skies over eastern France and Alsace during the migration period. Lalique was a close friend of Alsatian winegrower Pierre Weissenburger and remained attached to the region all his life, setting up his glassworks in Wingen-sur-Moder in 1921.

tableaux anciens et modernes, bijoux
Pau - 3, allée Catherine-de-Bourbon - 64000
Carrère & Laborie
Info and sales conditions
Newsfeed
See all news
Cultural institutions in Brussels close due to the second wave of infections threatening Europe
Two silver torches by the master craftsman Jean-Pierre I Aribaud donated to the Museum of Fine Arts of Carcassonne
Thieves steal relics in Germany
Now you can get closer to the Sistine Chapel through a lavish publication
Not to be missed
Pre-sale
A "Little Eve" by Auguste Rodin
One of Rodin's most famous pieces, encapsulating the modernity intrinsic…
Pre-sale
A snapshot choreographed by Edgar Degas
This pastel from around 1896-1899 is a study for a painting at the…
Pre-sale
Pierre Soulages before black
Considered lost until now, this impeccably referenced early work…
Pre-sale
Orientalist Étienne Dinet’s studious pupils
This soft-toned evocation of studying sacred texts is rare in the…