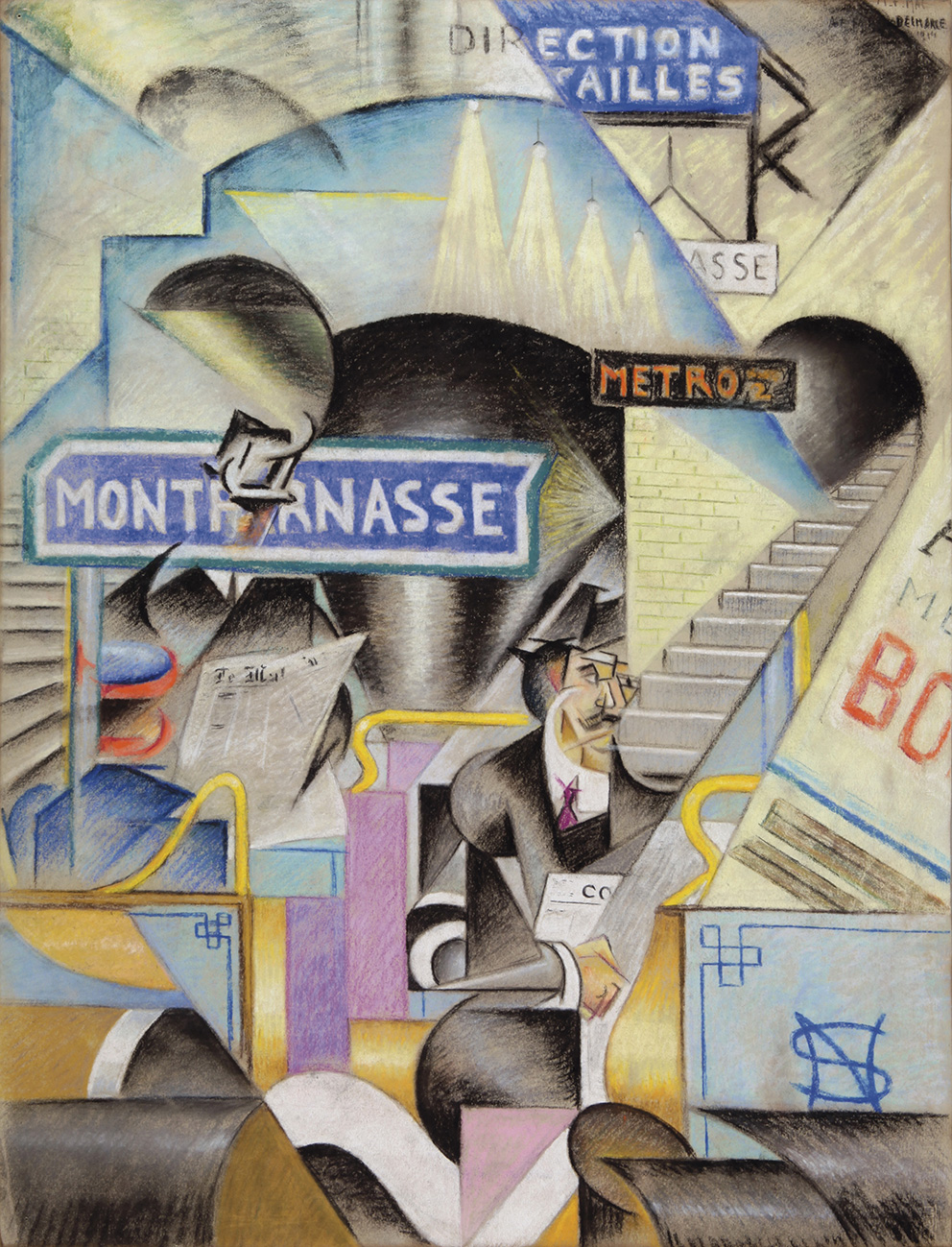 In December 1908 Filippo Tommaso Marinetti wrote The Futurist Manifesto. He, Umberto Boccioni and Gino Severini founded the movement, which developed mainly in Italy and Russia. Stylistically related to Divisionism and Cubism, Futurism sought to express movement and spatial and temporal simultaneity by “dislocating and dismembering objects, scattering and merging details free from common logic and independent of one another.” Their desire to revitalize the arts also drew its source from industrial and technological innovations. The Futurists cast aside traditional themes and turned towards the observation of modern life. They were enthralled by electricity, film, fashion, urban planning, means of transport and especially speed, all of which changed their perception of life. Painted between 1912 and 1914, these four works by Félix del Marle perfectly illustrate that source of inspiration. Trémoutarde, rythme (Trémoutarde, Rhythm), based on a short French film made by actor Georges Monca in 1908 and released in 1915, is expected to fetch €8,000/12,000. Patineuse (Skater), a charcoal study, has the same estimate. Métro, gare d’Orléans (Metro, Orleans Station) and Station de métro Montparnasse (Montparnasse Metro Station, see photo) are appraised at €15,000/20,000 each. Métro, gare d’Orléans is the most interesting work because of the clock, metro signs, seated passengers and famous metal arches in the main hall of the station, today the Gare d’Austerlitz. It had just undergone a major rebuilding program: a Belle Époque façade was added and, in 1906, an elevated station built for the metro’s new line 5 to pass right through the station. Montparnasse station was another hub in the city’s swiftly growing underground network. These paintings are among the few works by French Futurists. With Valentine de Saint-Point, Del Marle was one of the only French artists to join the movement, after meeting Severini in 1913. After the war Del Marle, a restless innovator, threw himself into a new adventure: abstraction.