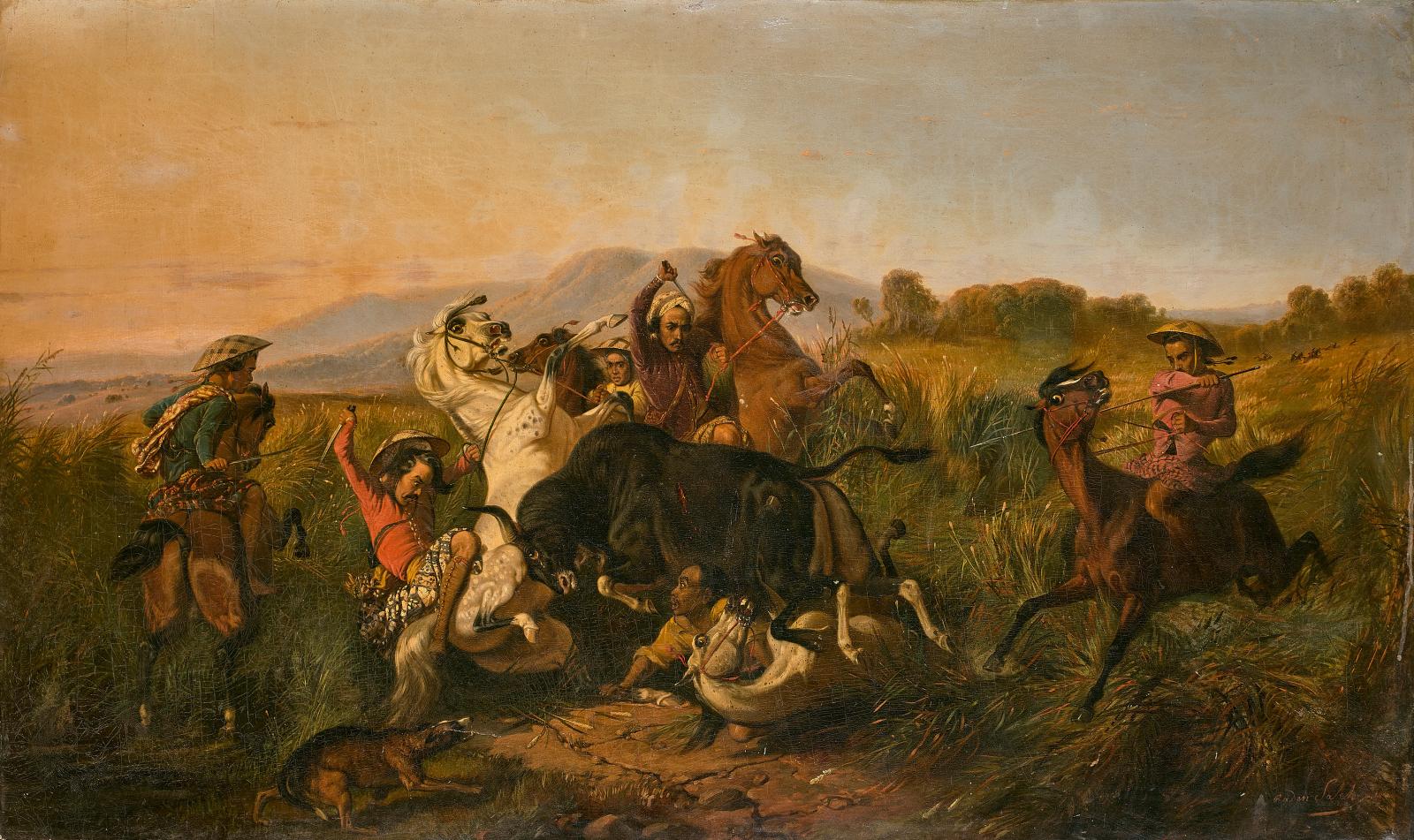 In this wild bull hunt by Raden Saleh, the horses roll terrified eyes, rearing up in a movement of panic, and the horsemen are poised to strike. The undulating landscape, bathed in a golden light, seems very distant from the drama taking place before us. We are reminded of Delacroix's lion and tiger hunts, or the ones painted by Horace Vernet, whose studio was a frequent haunt for Saleh in the 1840s. Closer examination reveals details like the woven straw conical hats, the central horseman's turban and the hunters' sarongs. All this is decidedly more exotic. The Indonesian painter, the son of a notable in Semarang (Java, Dutch East Indies) returned to his country in 1852 after several decades in Europe, where he had gone to study painting. Saleh caused a sensation in Paris, and was in no hurry to follow Horace Vernet's advice of "going to refresh his ideas in the actual places": in his mind, this trip would be a short one. He landed in Batavia, wreathed in glory as "painter to the King" and in possession of a considerable annuity. He became popular as a portraitist with merchants of the Dutch East India company, officials and even Javanese and Chinese communities. However, he continued to paint the hunting scenes that had made him so successful in Europe, several of which were now in the royal collections of Paris, The Hague and Leipzig. The painting here is perhaps a sign of allegiance to Dutch power, as the banteng, a wild bull, had been adopted by partisans of Indonesian independence as their symbol. Rebellions were rife throughout the 19th century, including one led by Prince Diponegoro, whose arrest in 1857 was painted by Saleh. After a long eclipse, the talent of this artist "with the golden complexion and blue hair" (to quote Théophile Gautier) has found new recognition. "Between Worlds: Raden Saleh and Juan Luna" is on show at the National Gallery Singapore until March 2018.