Judith and Holofernes: allegory of Faith

Judith's story is based on a deuterocanonical book. Included in the Bible by Roman Catholics and Orthodox Christians but considered apocryphal by Jews and Protestants, it inspired this sublime work up for sale on 27 June. 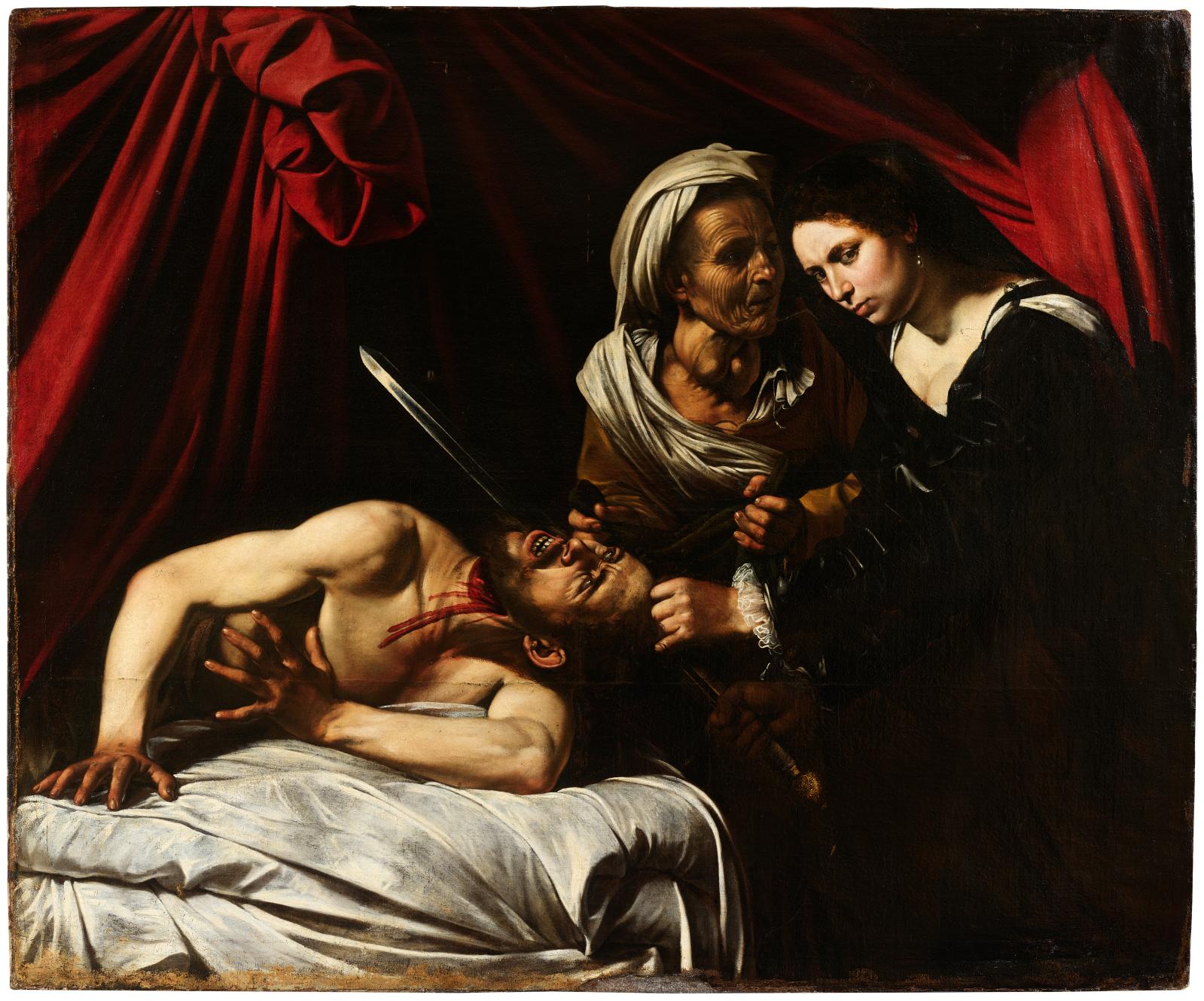 Much ink has recently been spilled over the painting’s attribution, but this Judith is one of Caravaggio’s most powerful heroines. During the cleaning of the canvas, it was realised that the beautiful widow was first looking at her victim; then the artist gave her more intensity by having her almost challenge the viewer with all her still-contained rage. She asserts her power: wise and pious, she saves her people, restoring their faltering faith in the power of her God. In the eponymous book, Judith says to Uzziah, the prince of the city of Bethulia, besieged by the army of the Assyrian general Holofernes: “Listen to me. I am about to do a thing which will go down through all generations of our descendants. Stand at the city gate tonight, and I will go out with my maid; and within the days after which you have promised to surrender the city to our enemies, the Lord will deliver Israel by my hand. Only, do not try to find out what I plan; for I will not tell you until I have finished what I am about to do.” Her plan is based on deceit. Wearing her finest clothes and jewels, the young, pretty widow went to the enemy camp and convinced Holofernes that she could help him conquer the city: “I am a religious woman ; each night I will go out into the valley to pray to God, and he will tell me when the Israelites have sinned.” On the fourth night, the Assyrian general, eager to take advantage of the young woman, decides to host a banquet. Judith foils his plan by making him drink too much. Alone in Holofernes's tent, where he is lying drunk on his bed, she took a scimitar, grabbed the man's hair and said, “O Lord, God of Israel, give me strength now.” She struck him on the neck twice with all her might, cutting off his head. The artist chose to show the moment the servant holds the bag open to receive the severed head. Blood spurts out of the slain general's throat, his eyes rolling back into his head, releasing their last spark of life. The scarlet drapery above his bed echoes his blood. Judith's deep jet black dress emanates a light that glows around her and her dark veil. “The two women left together, as they always did when they went to pray. After they had walked through the Assyrian camp, they crossed the valley and went up the mountainside until they came to the gates of Bethulia,” where they delivered the enemy's head to be displayed on the town walls.