A few days before the Olympic Games open in Tokyo, a sale in Cannes offers a foretaste of this period dedicated to sports. 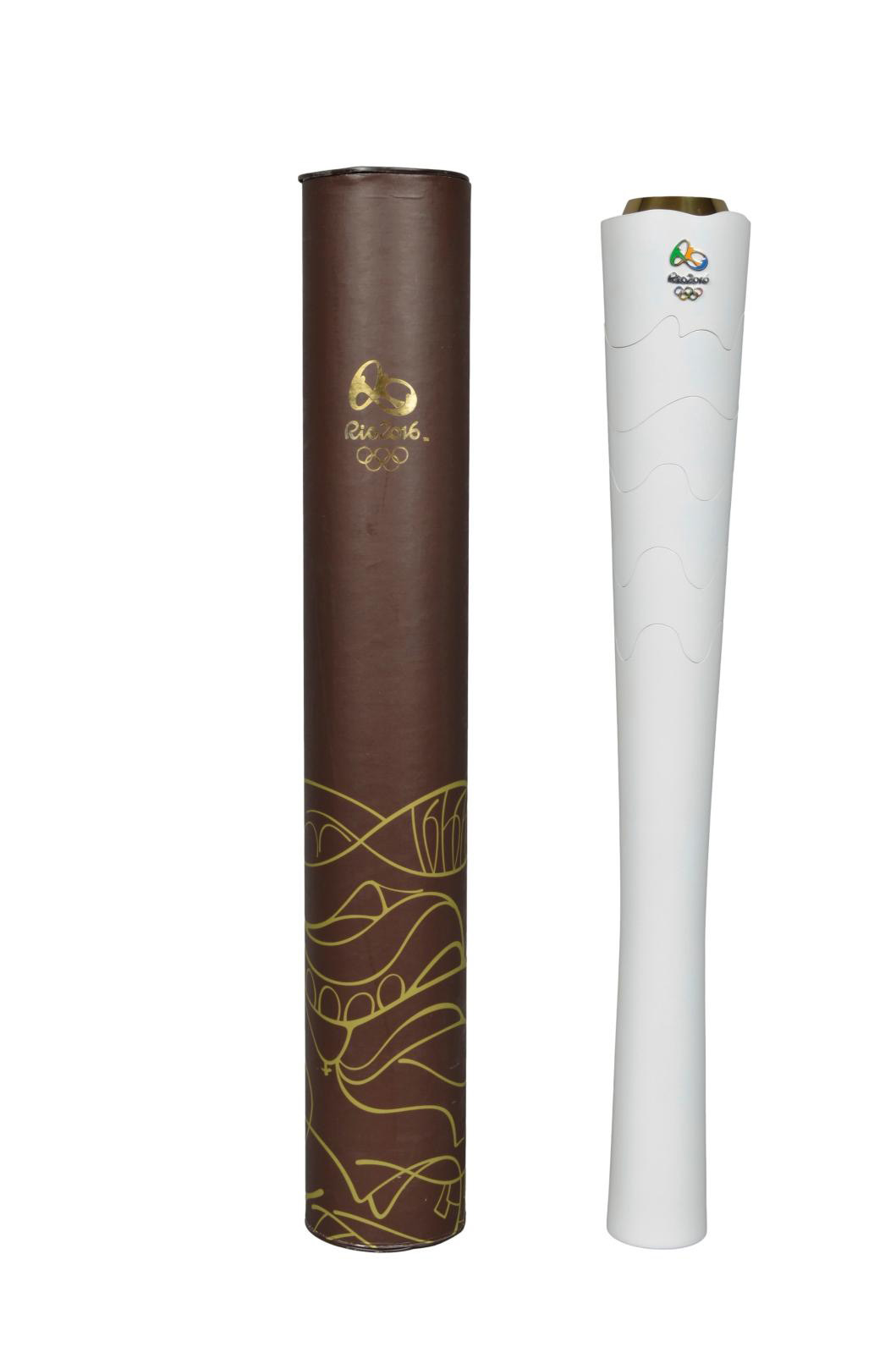 The Olympic Games always speak to sports lovers all over the world. And the universal passion for this thousand-year-old event goes even further with an ever-growing number of collectors of memorabilia from all thirty-one editions in modern times, like this official torch, used during the Olympic Torch relay in Rio in 2016.

But all disciplines will be celebrated at this sale, including car racing, with a trophy won by legendary Argentine driver Juan Manuel Fangio in an Alfa Romeo 158 at the Sanremo Grand Prix on April 16, 1950—expected to fetch €3,000/5,000—and a Schuberth Ferrari helmet, sure to inspire a battle at around €2,500/3,000. This is signed by Michael Schumacher, the legendary Formula 1 driver with 91 victories under his belt.

The racetrack will then give way to the court with, at €2,000/2,500, a signed pair of "Air Jordan - Barcelona 92" shoes: the model worn by the great American basketball player when the "Dream Team" won the gold medal for basketball at the Barcelona Olympics. Others may prefer the Everlast boxing shorts signed by Muhammad Ali and Joe Frazier at their fight on March 8, 1971, at Madison Square Garden in New York (€1,500/2,000).

The sale ends with the world's most popular sport, soccer, with a Diego Maradona "Le Coq Sportif No. 10" jersey, signed by the famous Albiceleste player, accompanied by two photos of the 1986 World Cup, which saw Argentina wreathed in glory.