Jack Butler Yeats' works don't often appear in the market. But in Bordeaux, you will have a chance to buy a piece by one of Ireland's most important 20th-century artists. 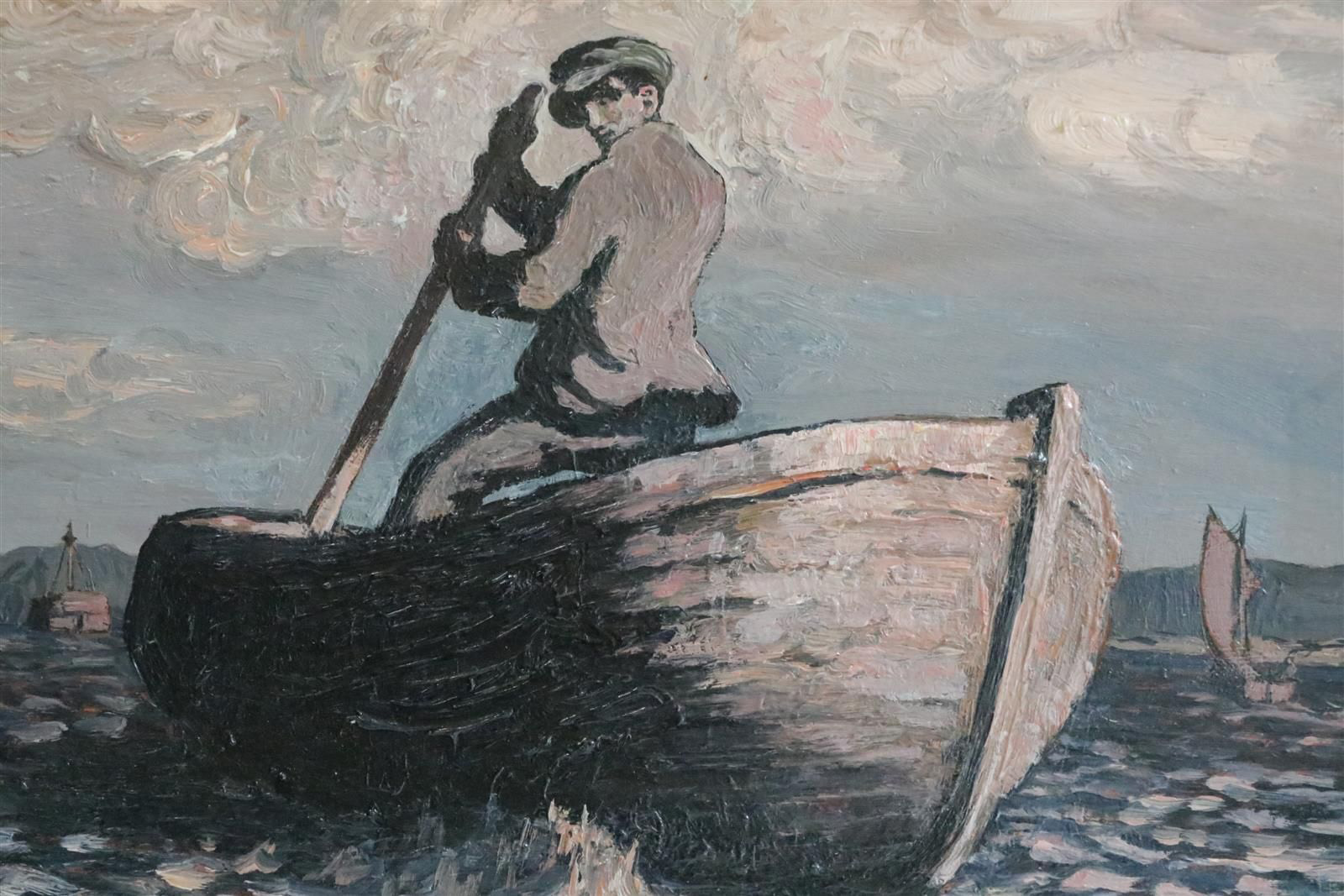 The artist Jack Butler Yeats painted this oil on panel in 1912, and presented it in London the same year at the "Allied Artist" exhibition. It was sold two years later to John Vanston during an exhibition in Dublin. This collector was none other than the father of Doreen Vanston (1903-1988), another Irish painter. And over a hundred years later, it has turned up in a private Bordeaux collection. A chance for the French market to get a glimpse of a work by one of Ireland's most important 20th-century artists, extensively represented in the Dublin National Gallery. It must be said that Jack Butler Yeats came from impressive stock. His father John was a famous portraitist, and his writer and poet brother William won the Nobel Prize for Literature in 1923. Jack began drawing scenes of daily life when he was a child, and moved to London in 1887 to work as an illustrator for periodicals and books for children and adults. He returned to Ireland in 1910, with the aim of commemorating his country's lifestyle, customs and traditions, as well as Celtic mythology. With this 1912 painting of a sailor battling the elements, he again evoked the life of Irish people with their love of the sea, through compositions exploring ever richer colours and materials. An Expressionistic style that Yeats very often drew from memory, not from life, and which gave a heroic quality to simple everyday scenes.

Silverware - Jewellery - Furniture - Works of Art - Paintings
Bordeaux - 136, quai des Chartrons - 33300
Ivoire - Bordeaux Chartrons-Bordeaux Enchères
Info and sales conditions
Catalogue
Newsfeed
See all news
Due to the summer holidays there will be a pause in the newsfeed. We will be back Monday, August 24th. Have a wonderful summer vacation!
Met Museum in New York acquires Wangechi Mutu sculptures
US House of Representatives vote to create a national museum dedicated to Latin Americans
Church volunteer confesses to starting the Nantes Cathedral fire
Not to be missed
Pre-sale
Figurative art from van Goyen to Combas and the inescapable…
This 1955 work by Bernard Buffet belongs to a series of around 10…
Pre-sale
Henri Lebasque, painting the zest for life
His soft, nuanced palette captures moments of simple happiness on…
Pre-sale
The Gilles Labrosse collection: fashion throughout the…
Amassed by an impassioned enthusiast, one of the largest private…
Pre-sale
Achille Laugé: Cailhau in perspective
Found during an inventory carried out for an estate in the Var,…