The Visual Alphabet of Victor Vasarely 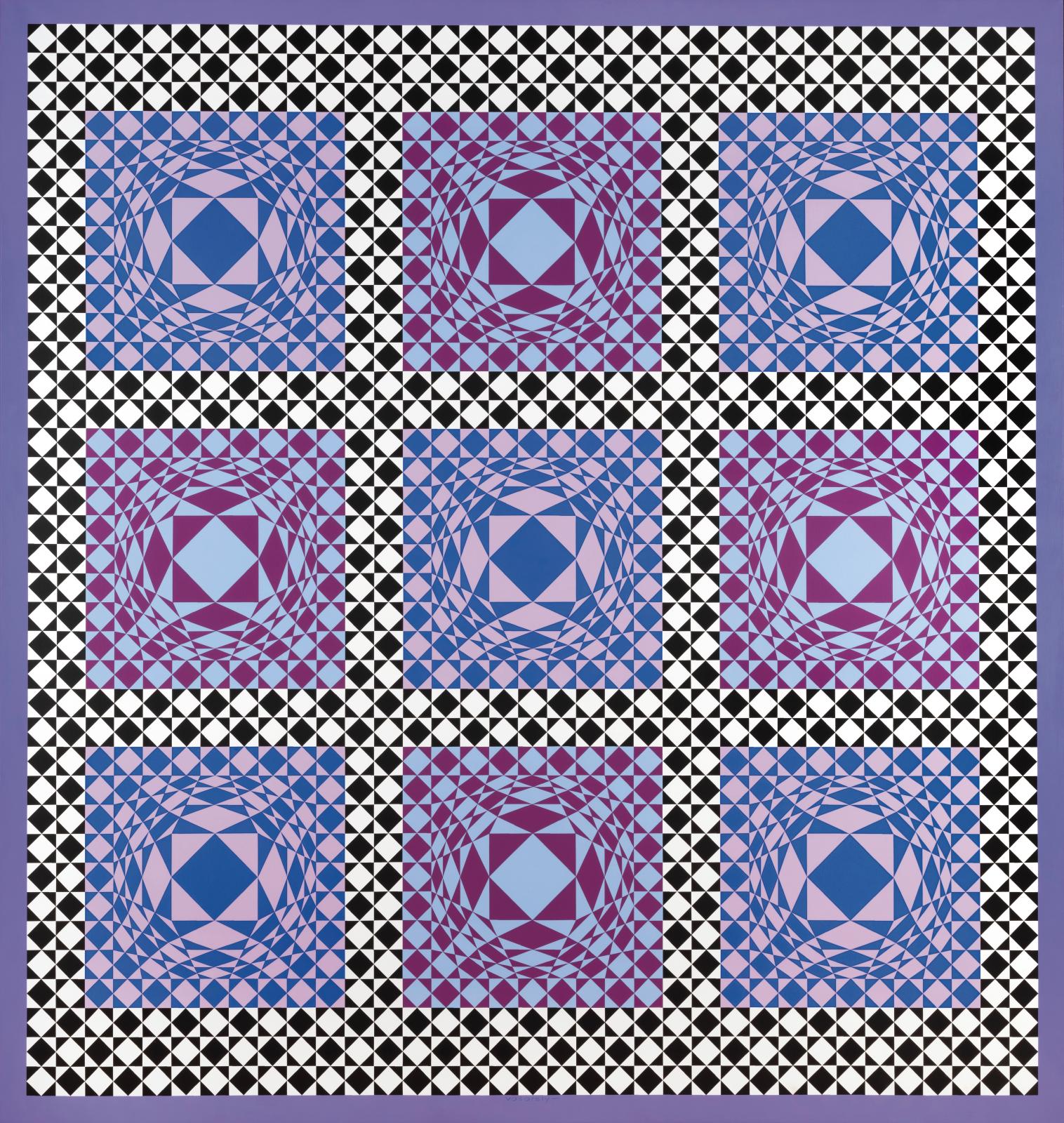 The titles of Vasarely's works—Lynx, Zigzag, Maniok, Vega, Bikub, Chokk—sound like his optical games featuring acid colors that dazzle the eye. This painting, Jatek ("Game" in Hungarian), known to collectors, is no exception.  Should we consider his scientific mind - he studied medicine in Hungary before turning to art - his discovery of functionalism at the Mühely Academy - the equivalent of the Bauhaus in Weimar  -  and of abstract art as the origin of his geometrical works? Not to mention his interest in trompe-l'oeil...

When Vasarely arrived in France in 1930, he worked as a graphic artist in advertising before turning to painting. After the war, his figurative works gave way to innovative compositions, first in black and white, then in color from the 1960s. He invented a plastic alphabet based on mathematical data, sometimes generated by computers, and combined them in infinite permutations. From February 6 to May 6, 2019, the Centre Pompidou hosted the first French retrospective in nearly fifty years devoted to the 'father of optical art', an approach between rationality and creation.