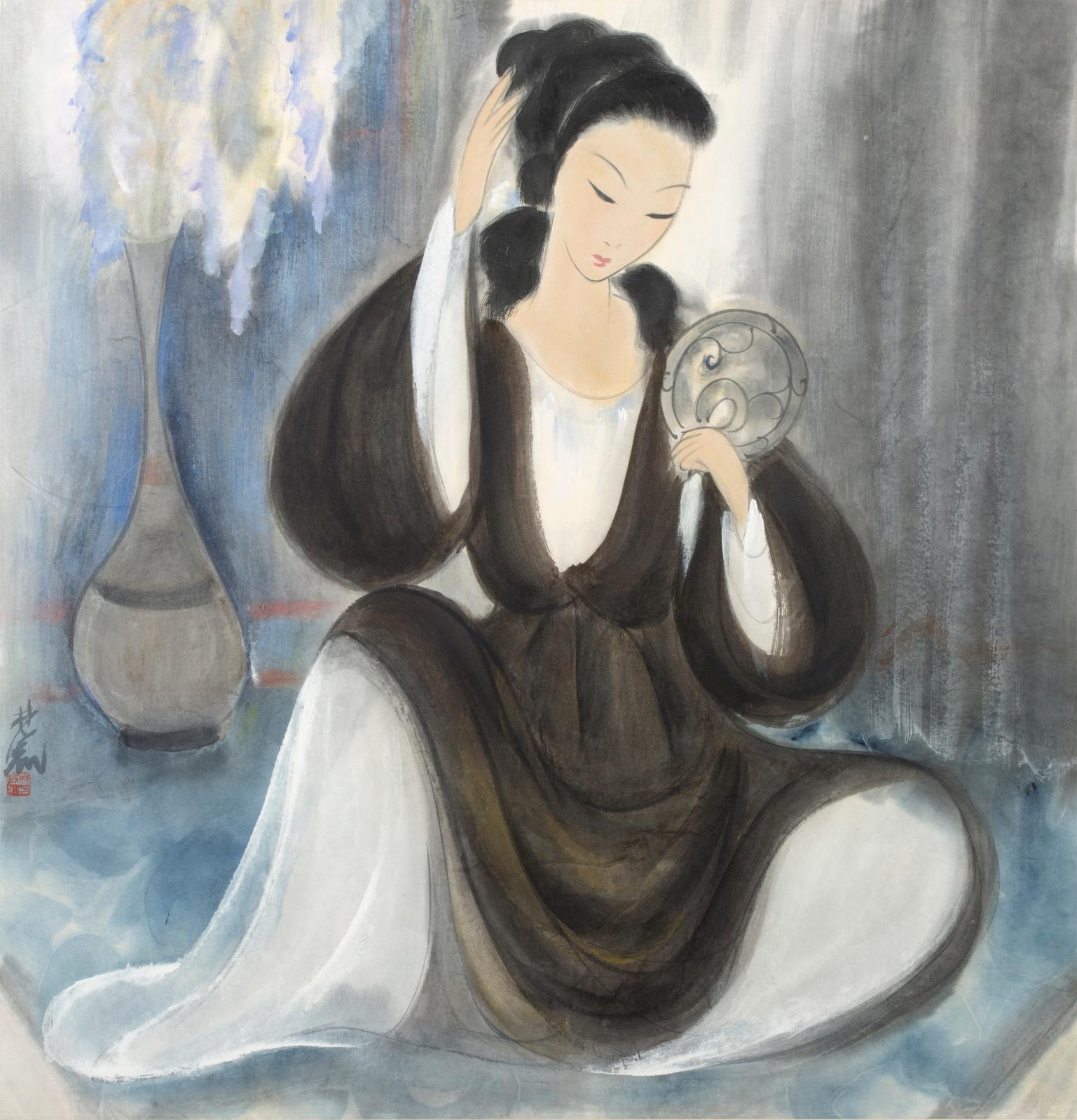 The young woman sits nonchalantly in front of a plain background, barely adorned with a large bouquet of white flowers. Looking down at the mirror (the focus of all expectations) to check that her chignon is holding up, she is simply dressed in black and white. Nothing identifies her, and for good reason: this beauty is only a pretext for Lin Fengmian (1900-1991) to compose a painting. He belonged to the first generation of Chinese artists who came to study in Europe just after the First World War. In Paris, during the vibrant 1920s, he turned to the creative vitality of the Impressionists and the Fauves (whose relationship with colour fascinated him), became friends with Matisse and Modigliani and travelled to Berlin to discover the Expressionist radicalism of Nolde and Heckel. He returned to China in 1926 and was appointed director of the National Academy of Arts in Beijing. There he encouraged many young artists to look to the West for new pictorial techniques, though without abandoning traditional practices: a subtle matter of exchange. But his ideas were radical enough to alarm a conservative milieu, so he left the capital and moved to Hangzhou, where he founded an art academy. He succeeded in putting Van Gogh and Cézanne on the curriculum, and this was also where he taught one Zao Wou-ki. Unfortunately, the struggle between the Nationalists and the Communists, then the Second World War and finally the advent of the People's Republic on 1 October 1949 sounded the death knell for his endeavours. His school was reorganised and he was sacked. He then left for Shanghai, where he continued to paint in total isolation, refusing to go along with the social-realist style imposed by the regime, and often destroying his works to prevent their being used against him. Like so many other intellectuals and artists, Fengmian was accused of espionage and imprisoned during the dark days of the Cultural Revolution. Finally, in 1977, he was allowed to visit his parents in Hong Kong. He remained there until his death, working relentlessly as though to make up for lost time. Emulating the sweeping brushstrokes of Chinese scholars and abandoning oils for ink and colours, he succeeded in capturing moments of spontaneity, far removed from a time that was often cruel to him.