Sweerts and the taste of childhood

Far more than an allegory of taste, this "portrait" of a boy by the Brussels artist Michael Sweerts explores children's status in the Northern countries' Golden Age of painting. 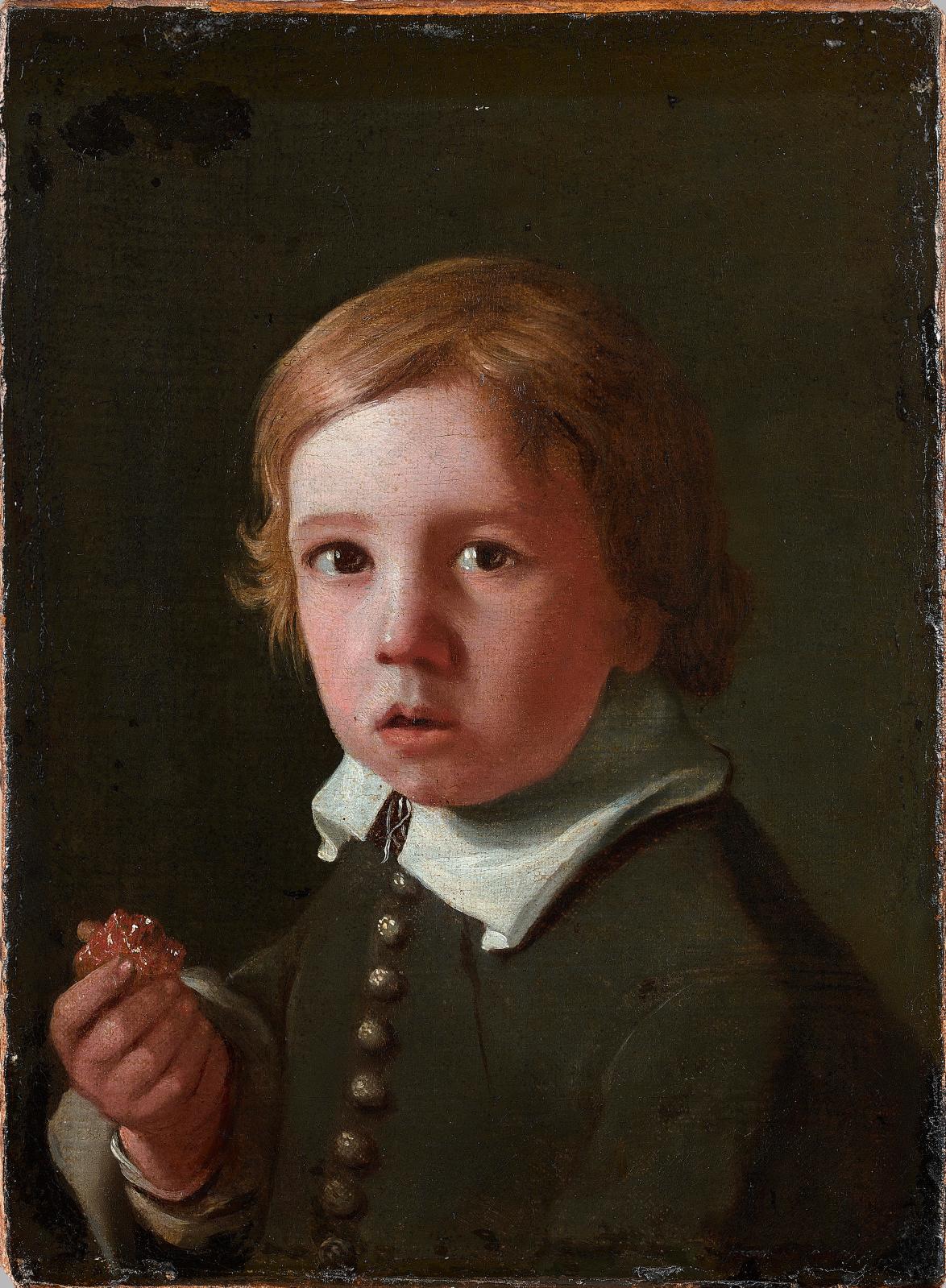 Three light dabs of white paint in each eye are all it takes to make the subject's gaze sparkle, while the brilliant colours, as delicate as Vermeer's, imbue him with life from top to toe. But despite his vibrant presence, the model's identity hardly matters. The young fruit-eater, somewhat surprised by the taste or texture of the food, is part of a series by Michael Sweerts (1618-1664) devoted to the five senses. Two other paintings in the set are now in the collections of Rotterdam's Boijmans Van Beuningen Museum: "Smell", evoked by a boy holding a recently snuffed candle, and "Touch", featuring a little girl with a bandaged finger. While this boy personifying taste has the accessory required to identify the allegory in question, the close-up view has a connection with Tronies: a term meaning "head" in Old Dutch. These studies of expression or character, very prevalent with Northern masters of the 17th century, intensified the depiction of particular states of mind, transforming simple portraits into real stereotypes. Balthasar Denner's old women, Jan Lievens' wise old men, Vermeer's beautiful young women, Frans Hals' acrobats and gipsies and Adriaen Brouwer's mischievous villagers provided their rich sponsors with a pleasant medium for existential thoughts. So Michael Sweerts' children, despite the tenderness and humanity they radiate, were never represented for themselves. In 17th century Dutch painting, youngsters illustrated concepts, moral maxims or proverbs, and each of their attitudes had to have a symbolic meaning – though now we have often lost the key to understanding them. Dirty, easily influenced, prone to wrongdoing, fickle and irresponsible, they were a concentrate of reprehensible behaviour providing endless material for artists. None of their lovable pets or innocent tools, such as soap bubbles or spinning tops, deceived anyone. Thus Dutch painting in its Golden Age is only realistic in appearance, and in her book The Art of Describing (Chicago, 1983), Svetlana Alpers even describes it as "abstraction in physical form".

Paintings - Furniture objects of art - Jewellery - Silverware
Salle 4 - Drouot-Richelieu - 9, rue Drouot - 75009
Farrando
Info and sales conditions
Catalogue
Salerooms
Results
News feed
See all news
Researchers find faded text on Dead Sea Scroll fragments once thought to be blank
Acquisition of three major 18th-century paintings by the National Gallery in London
Organizers of the Singapore fair Art SG reschedule its inaugural fair
Flooding threatens Mies van der Rohe’s iconic Farnsworth House in Illinois
Not to be missed
Pre-sale
Vincent Lécuyer Collection
The Paris gallery owner, who died in July 2019, left a group of…
Pre-sale
A peerless pair
Although these commodes were produced at different times, they make…
Pre-sale
Iconic cars
Rarities including a collection of Packards and a Lamborghini "supercar"…
Pre-sale
Lagerfeld by himself
Karl Lagerfeld died on February 19, 2019, leaving behind a legacy as an…