In this work, Saint John the Baptist announcing the coming of the Messiah is a pretext to paint a phantasmagorical, eye-popping landscape. 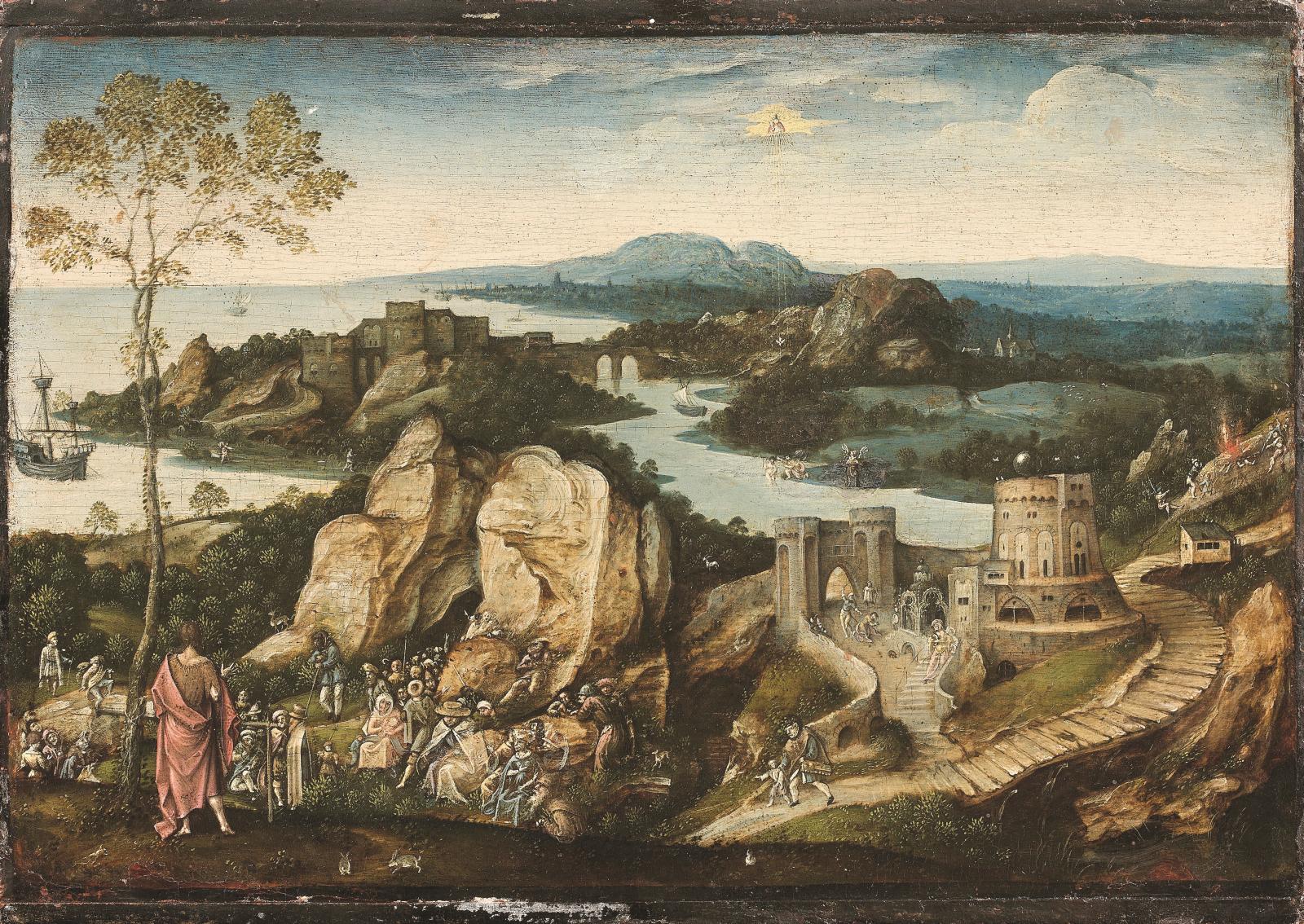 Made around 1550, this painting from a private collection is attributed to the followers of Joachim Patinir, a name familiar to specialists in the early 16th-century rise of the landscape genre. Albrecht Dürer, the genius of Nuremberg, visited him in Antwerp, where he lived, became his friend and made two portraits of the man he called a gut Landschaftmeister (“good landscape master”). “Patinir,” says expert Stéphane Pinta, “pushed the depiction of details, quality of execution and rendering of materials so far that he was seldom if ever imitated, much less equaled.” One of Patinir’s students, Lucas Gassel or Herri Met de Bles, probably painted this Saint John the Baptist Preaching, in which several features that figure in his landscapes can be found. To start with, the whole landscape is seen from a bird’s-eye perspective. Patinir often based his religious scenes on Jacques de Voragine’s The Golden Legend. This one is just a pretext to amble through the landscape, a popular theme during the Renaissance, when excitement about the discovery of far-off, still-mysterious lands was running high. In the foreground, John is seen from behind preaching to a crowd. The further the landscape recedes into the distance, the more fragmented it becomes. The viewer’s eye is stopped now by two imposing, seashell-shaped boulders—a mineral landscape feature common in Patinir’s work—now by the different paths leading to narrative scenes illustrating episodes from John’s life. He is seen being beheaded in front of the city’s gates, while his bones are burned on the right side, an act commemorated by the feast of Saint John. Lastly, in the background, Jesus is being baptized in the river, the dove from heaven descending to the top of his head. Despite its painstaking detail, this landscape is an imaginary one. For example, the surprising round tower, above which an odd-looking black sphere seems to hover, recalls the one in Babylon in Hieronymus Bosch’s painting. This work lies somewhere between Bosch’s medieval fantasies and Renaissance humanism.