André Maire was what is called an explorer-painter. He was twenty-one when he set out for Indochina and discovered Angkor. He followed this with further travels in Europe, Africa and the East. As witness this oil on panel, Buffles sacrés à Kapurthala of 1939. 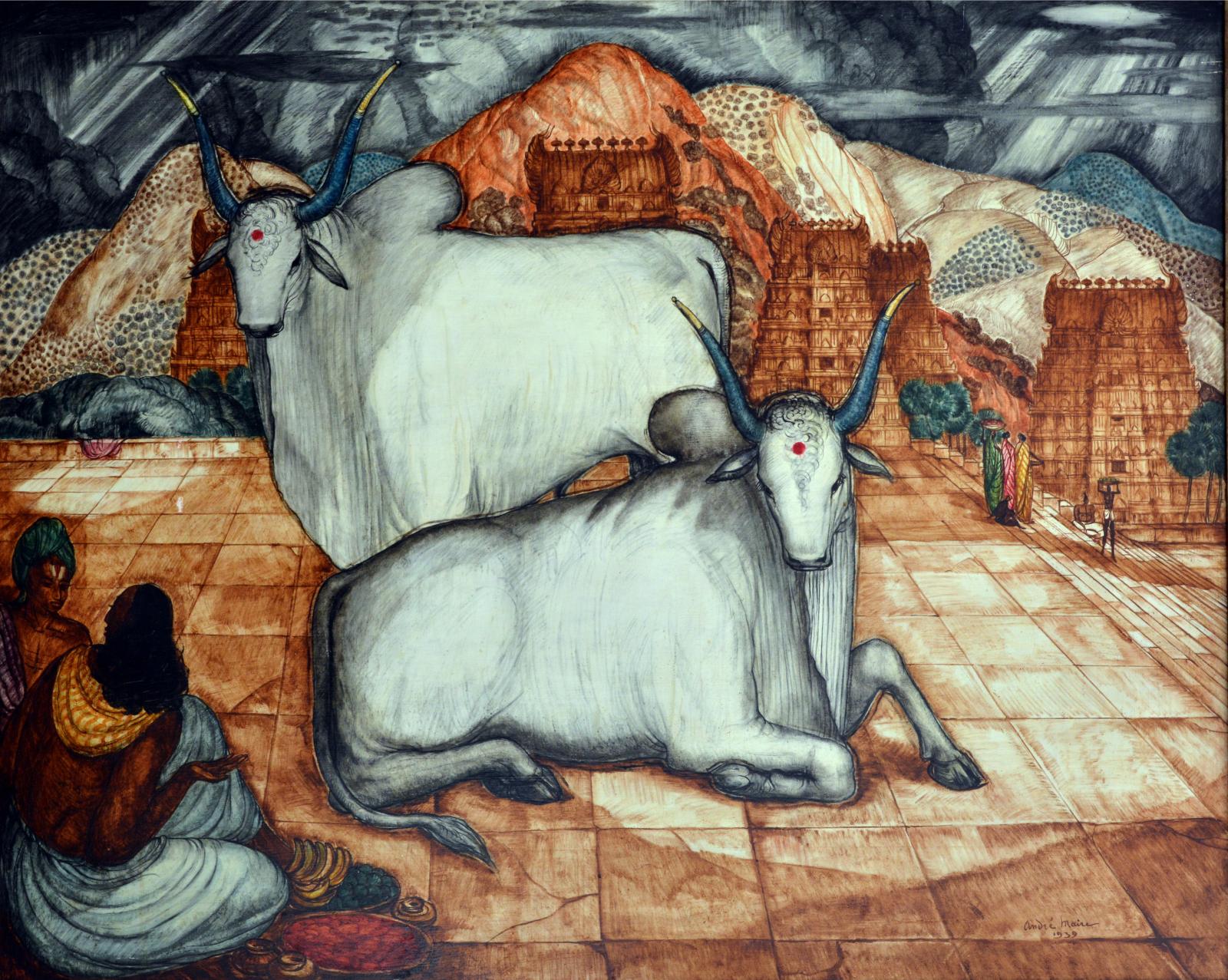 Begun the previous year in Egypt, where he was hosted by the family on her mother's side of his wife Irene (daughter of the artist Émile Bernard), André Maire's wanderings then continued in India, which he explored from top to bottom, paper, pencil and brush in hand, until the war forced him to return to France, where he joined up. He received several awards for his work, and his paintings were bought by museums and acclaimed by collectors. They turn up fairly frequently at auction, apart from the ones of India. Estimated at €12,000/15,000, this large piece thus features prominently in this sale on the theme of the Orient, alongside a Scène de garnison en Chine (Garrison in China) by Auguste Borget (€8,000/10,000) and two advertising gouaches for the Compagnie de Navigation Mixte showing the ports of Algiers and Oran by Roger Chapelet (€6,000/8,000).