With books, drawings, sundials, Normandy silverware and more, we are talking serious quantities, here: for this former President of the Bar seems to have a boundless taste for art. 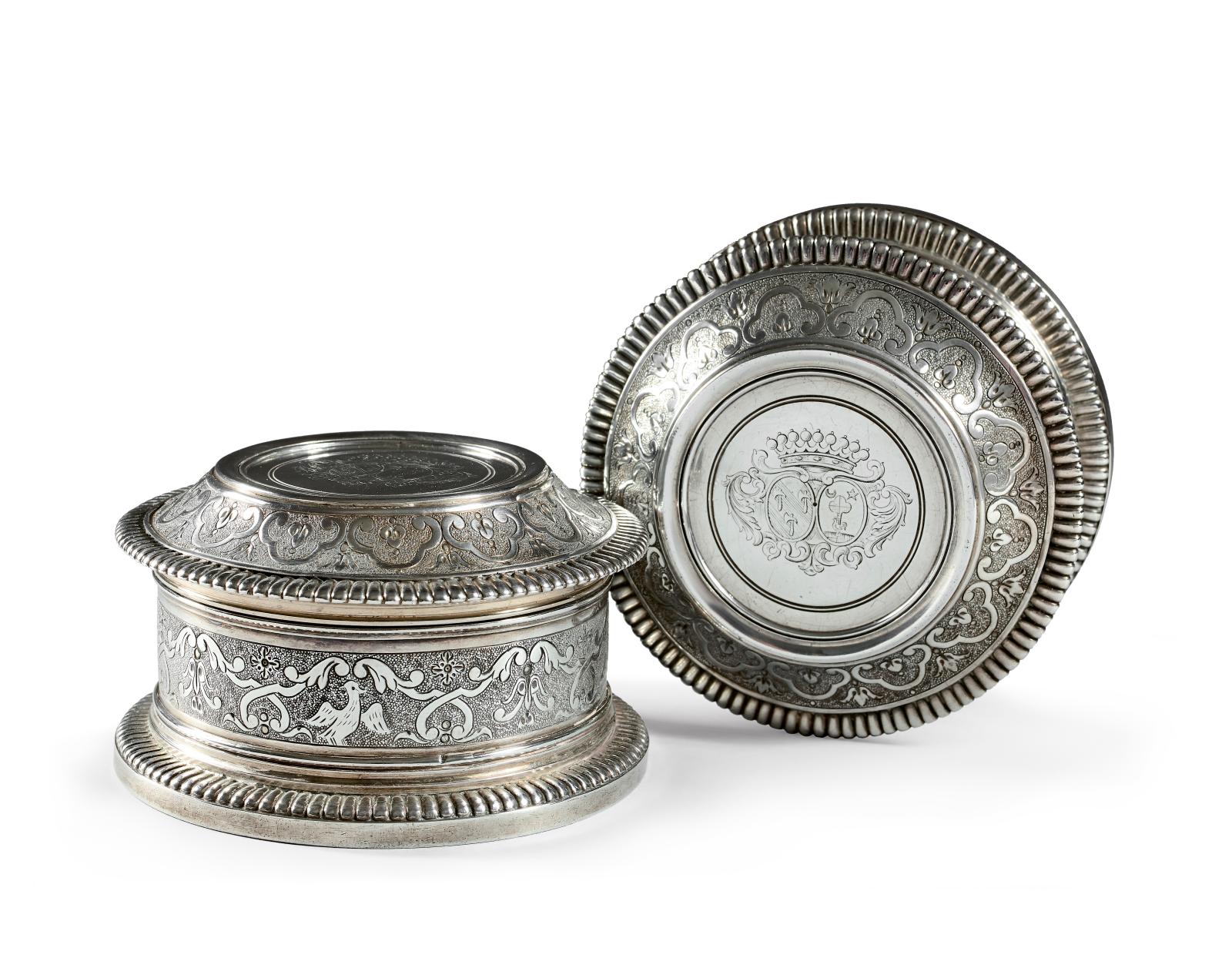 "From my earliest childhood, I grew up with a love for the objects surrounding me and the art of collecting them," says Jean-Claude Delauney in a long preface to the catalogues for this sale. The man who started it all off was his great-grandfather, Louis Deglatigny (1854-1936), who devoted his leisure time to studying prehistory, archaeology and the fine arts. At his death eight sales of books, coins, prints and autographs were staged, mainly in Paris. The last, held at Drouot on 5 February 1951, was devoted to modern paintings, drawings, pastels, gouaches and watercolours. The numerous groups now being sold by Jean-Claude Delauney were initiated by Louis Deglatigny, and maintained and swelled by the following generations.

E for eclecticism
There is a rich choice between 19th century crystal goblets (€200 to €1,000); Wedgwood ceramics, including an imposing pair of ewers in black basalt, in neo-classical vein, naturally (€3,000/4,000); 18th century folding brass compasses and set squares (€50 to €20), and above all various sundials, including a rare Louis XV octagonal travelling model (€4,000/6,000). Delauney started his collection of Bordeaux porcelains in the 1980s when he visited this city in south-west France for an appeal. On his return to Caen, he began a collection that now contains eighty pieces (€100 to €1,500). In the paintings section, all eyes will be on a sanguine by Jean-Baptiste Marie Pierre (1714-1789), Un marché sur la place d'une ville italienne (Market in an Italian town square) (€3,000/5,000), with the stamps of the collections belonging to the Marquis de Chennevières and Louis Deglatigny (the delightful "LsD"…), a drawing by Hubert Robert, Les Cuisines du palais de Justice de Paris (The Kitchens of the Paris lawcourts) (€8,000/12,000)– a title redolent with symbolism for the former lawyer – and a painting by Albert Lebourg (1849-1928) in delicate shades of grey, mauve and green: Le Bac, La Bouille (Ferryboat from La Bouille), expected to make €15,000/20,000. Two specialties hold particular sway in the collector's heart:  bibliophilism and silverware. One piece in the latter category looks set to inspire the fiercest bidding. You will need €60,000/100,000 for a pair of toiletry boxes by Jean-François Jobart (1681-1757), with the quartered arms by marriage of Michel Picot, Lord of Beauchesne, Secretary of the King in 1695: a member of a Scottish family who settled in Normandy and later Saint-Malo, and made a fortune through trade with Cadiz and shipping. This pair of objects is accompanied by sixty-odd ornamental pieces belonging to a service, with the hallmarks of destroyed cities: Caen, Saint-Lô, Rouen, Valognes, Coutances, Avranches, Bayeux, Falaise and Granville. On 7 November 2018 (with Binoche & Giquello), the contents of the "J.-C. D.Library" made a total of €268,619. Now a final round is being staged with antiquarian and in particular modern books. Not to mention various works illustrated by Théophile Alexandre Steinlen (1859-1923), as witness two volumes (€70,000/90,000) containing drawings in wax pencil, Indian ink and coloured crayon, mainly produced for the weekly illustrated supplement of the Gil Blas newspaper. These are known as part of the Villebœuf collection, and carry its ex-libris, but also belonged to the library of Colonel Daniel Sicklès: a reference in bibliophilism…

Worth knowing
Three sales will be staged by the Beaussant-Lefèvre auction house
at Drouot, Paris, on October 23rd (books, silverware and showcase objects),
24th (Art Nouveau, Art Deco and ceramics)
and 25th 2019 (Old Master and modern drawings and paintings).
orfèvrerie, objets de vitrine
Salle 5-6 - Drouot-Richelieu - 9, rue Drouot - 75009
Beaussant Lefèvre
Info and sales conditions
Catalogue
Salerooms
Results
News feed
See all news
Planning for new museum dedicated to Le Corbusier begins
Virginia Museum of Fine Arts receives gift of over 8,000 Aaron Siskind photographs
Banker sentenced to jailtime for trying to smuggle a Picasso out of Spain
Domaine Royal de Marly museum, the Sun King’s hideaway, reopens
Not to be missed
Pre-sale
A new Ribera on the market
After Cimabue, Artemisia and the Master of Vyšší Brod, Paris is…
Pre-sale
The world revealed at last
This composite atlas printed in Nuremberg between 1753 and 1759…
Pre-sale
Picasso and the Minotaur
Through a complex iconography, Pablo Picasso exorcises his angst…
Pre-sale
The Brölemanns, Lyon bibliophiles
Kept in the same family until today, 260 works attest to the bibliophilic…