Produced in Antwerp in around 1635, this painting by David Teniers the Younger is striking for its refined execution, beautiful colours, tranquil composition and the players' expressions. 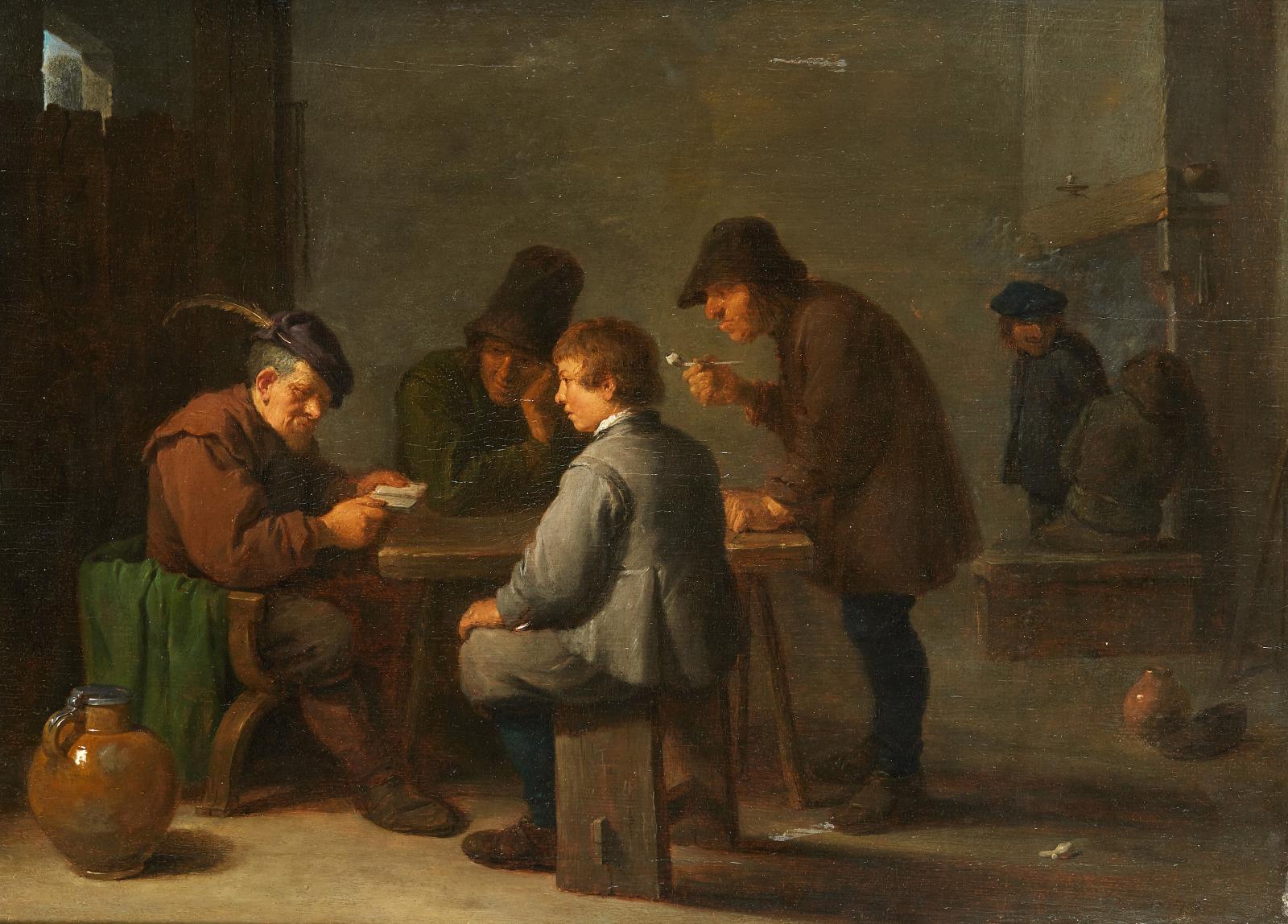 This work dates from the artist's mature period, when he was 25. True worth does not need the test of time... Born in Antwerp, he studied with his father David Teniers the Elder (1582-1649), was admitted as master to St Luke's Guild in his native town in 1632, moved to Brussels in 1651, and entered the service of Archduke Leopold Wilhelm, Governor of the Spanish Netherlands, as court painter and curator of his painting gallery. When he painted this work, the artist was still in Antwerp, where he mainly painted inns and rustic festivities as an observer of the peasant class of that time, carrying on from the Bruegels. He took up the typical scene introduced by Adriaen Brouwer (1605/1606-1638), an artist born in Oudenaarde, who, unlike his contemporary Frans Hals, refused to depict elegant society scenes, preferring tavern interiors to euphoric smokers immersed in appealing chiaroscuro. Each time, Teniers varied the number of characters, the position of the table, the fireplace in the background or the earthenware pitchers. He had a remarkable ability for capturing people's expressions, and was a past master in the art of sfumato, conveying the cocoon-like quality of these almost unlit scenes with consummate skill. We do not what game these men are playing. Cards first appeared in around 1370 in southern Europe, and spread like wildfire from Florence to the Rhine Valley via Brabant. And since cards were not enough, the first lotteries (where people bet on one or more numbers picked in a draw) emerged a few decades later. All this provided a wide range of subjects for David Teniers, the artist most "copied" (with Rubens) between the 17th and 19th centuries. The Musée du Louvre has several of his paintings on this theme; one of the most famous shows a woman spying through a window...