Braque (1882-1963) broke with the Fauvist circle into which Matisse had drawn him by veering towards cubism, a visual arts revolution that was soon followed by another: collage. 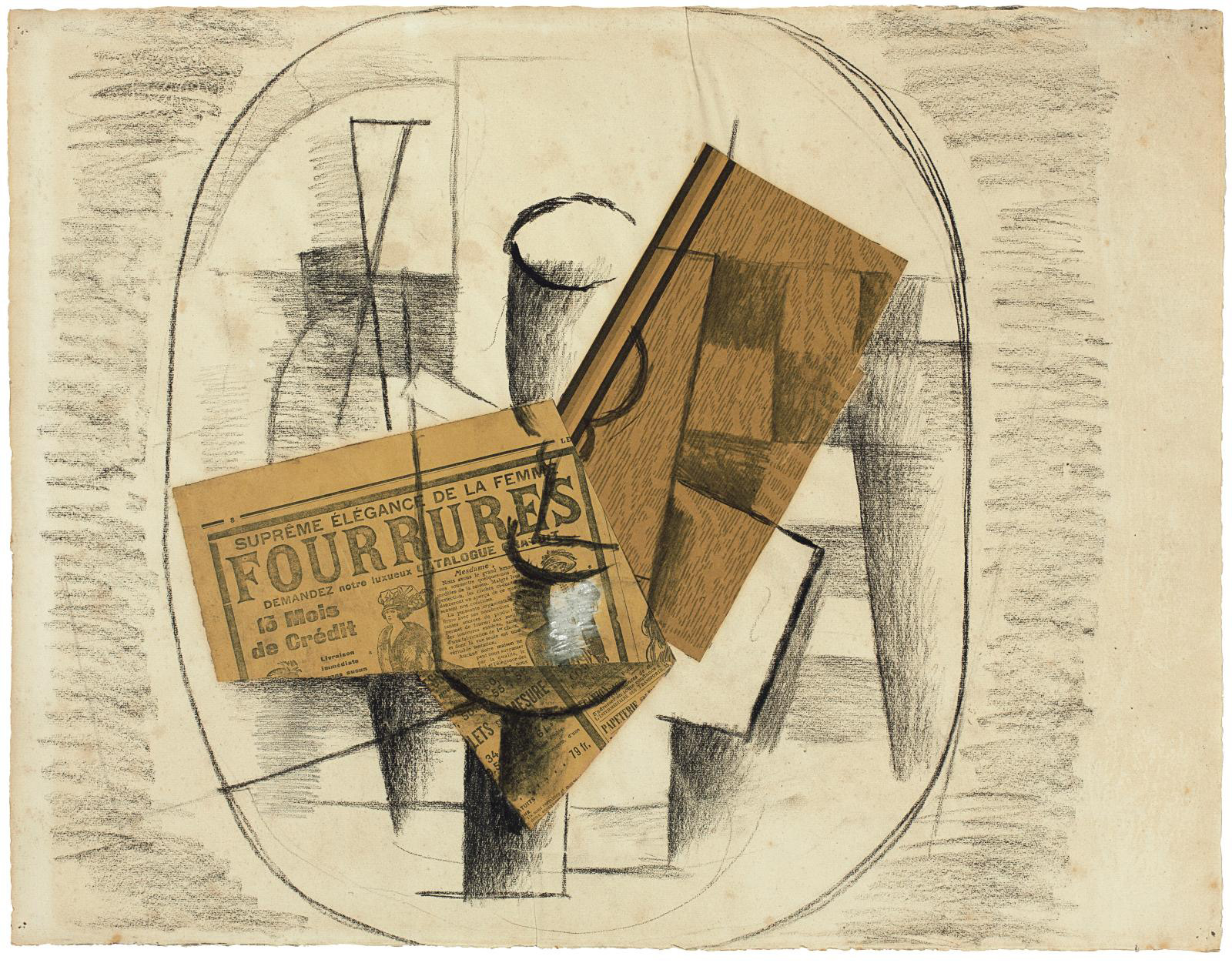 Verres et bouteilles (Fourrures) (Glasses and Bottles (Furs)) features all the visual experiments culminating in Georges Braque’s work after 1912: flat surfaces, lack of spatio-temporal bearings and two-dimensional representation. This collage belonged to the famous cubist art dealer Daniel-Henry Kahnweiler, whose assets were sold at auction from 1921 on. Raoul La Roche (1889–1965), a Swiss banker and major patron of the Parisian avant-garde, bought it at an Hôtel Drouot sale on May 7 and 8, 1923. Verres et bouteilles (Fourrures) has been in the same family through inheritance before appearing in the market today for the first time in almost 100 years. its inclusion in the 1998 show “Une maison pour le cubisme” (“A Home for Cubism”) at Basel’s Kunstmuseum underscores the importance of collage in Braque’s work. A blue sticker bearing the Kahnweiler sale's number at Drouot and the beginnings of a charcoal drawing can be found on the back.

In 1912, Braque and Picasso took a radical new turn with collages. Many avant-garde movements rushed into the artistic breach they opened up. In keeping with Cubist tenets, the bottles and glasses vanished into broken lines, intersecting perspectives and geometric forms. The use of fake wood on charcoal is classic in Braque’s collages. Even more of a still-life painter than Picasso, according to Matisse, Braque could play on the repetition of patterns, materials and reliefs to erase the outline of the drawn forms, most often musical instruments and chessboards. Everything here is opposed to the conventions of modeling and perspective: the new visual vocabulary was above all a battle against representation in the visual arts.