Considered one of his generation’s most outstanding artists, Sam Szafran died on 14 September. A large 1958 painting in Saint-Valery-en-Caux, Normandy, revealed the earliest years of his rich career. 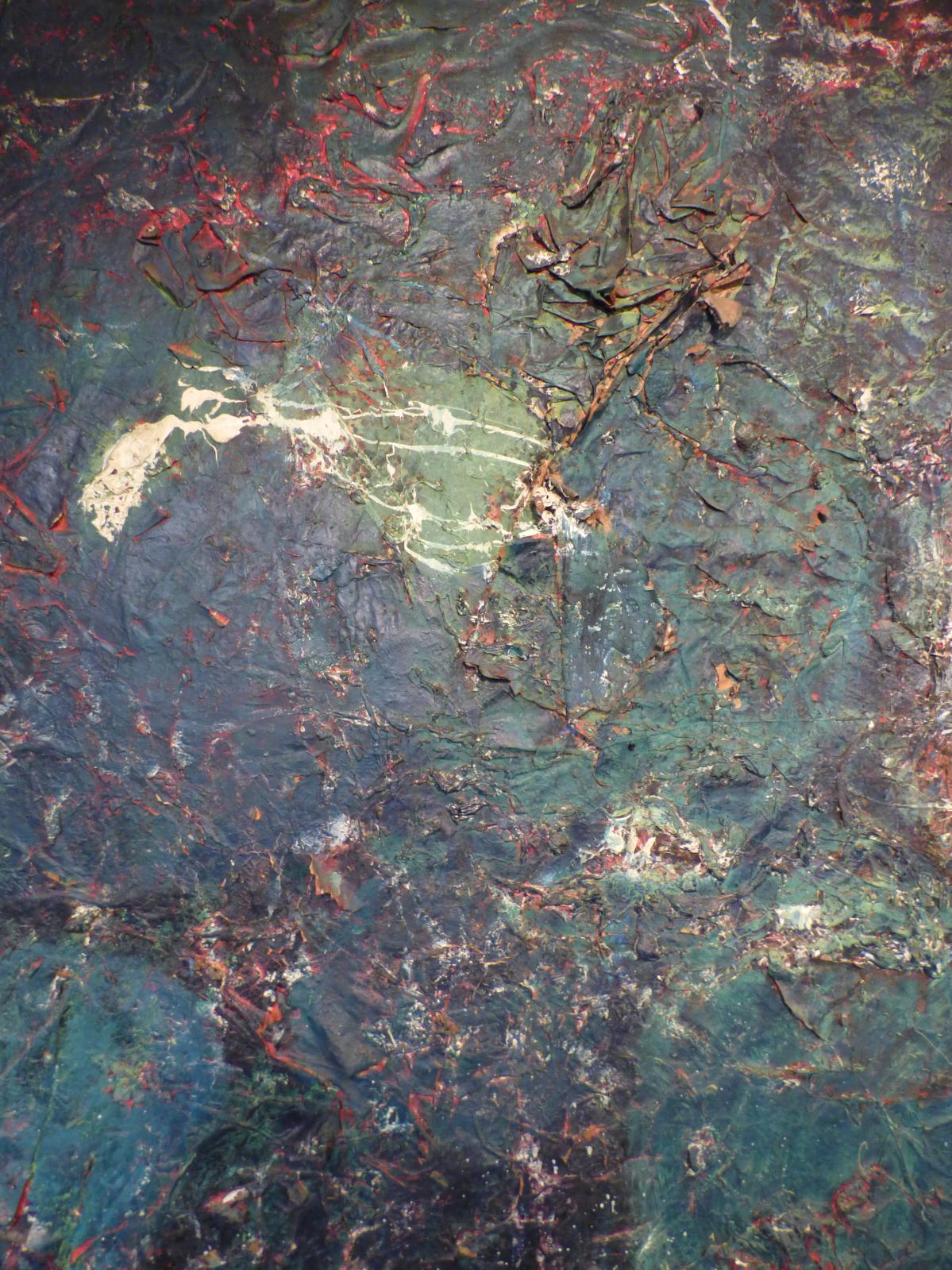 Sam Szafran was 24 when he painted this monumental, 272cm-wide work in mixed technique on wood recently taken down from the wall of a seaside villa’s music room. The present owners’ grandparents had bought it directly from the artist, a friend of theirs. Szafran dated the work on the back, even specifying the month (August). At first glance, one does not recognise the work of the artist, now known worldwide for his masterful watercolours of studio interiors, endless stairs or figures on a bench, paintings about to be overrun by a virgin forest. Those figurative works contrast sharply with the one offered here, where the eminently expressive treatment of matter and colour comes straight from American action painting and recalls the drip paintings Jackson Pollock pioneered in 1947. Creativity was a form of release for the artist, who endured real tragedy during the Second World War. He always had the "need to get something out, to escape the chaos". Born Samuel Berger in 1934 to Polish Jewish immigrants, he had a tough childhood in the Halles neighbourhood of Paris before the Nazis deported almost his entire family except his mother. He miraculously escaped the July 1942 Vel' d'Hiv round-up but was interned at the Drancy camp in 1944 before his liberation by American troops. Szafran was 10 years old. After the war, the Red Cross sent him to Switzerland. He was soon reunited with his mother and sister, with whom he lived at his maternal uncle’s in Australia from 1947 to 1951. The war and those painful years left their mark on him but also gave him ambition, sometimes against the advice of his family, who did not want him to become an artist. "The war saved me,” he said jokingly. “I freed myself very young. Otherwise, I would have been a tailor!" Later, he told Pablo Picasso during their first meeting in the south of France, "One day, I will take your place"