Maria Wiik: a Finn in Paris

Coming directly from her family, a dozen paintings by Maria Wiik provide a chance to rediscover this artist, little known in France but famous in her own country, mainly for introducing modern movements there. 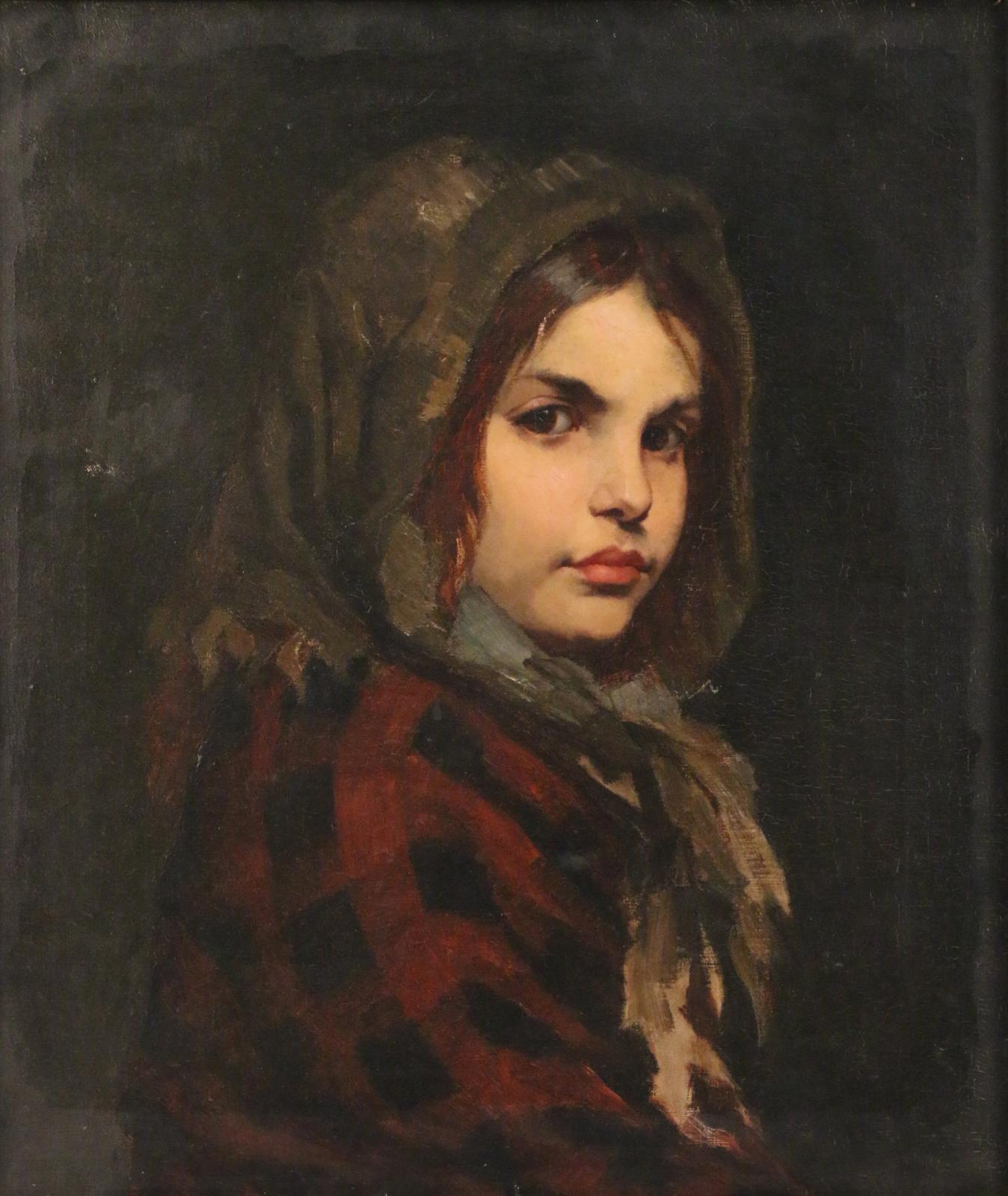 A piercing gaze says much about this young girl's strength of character. Larger than life, her rosy face stands out against the dark background of this work painted by Maria Wiik during the summer of 1880, in a style still very close to the French Naturalist movement. This beautiful figure is one of the Finnish artist's key works, and features largely in several monographs, including Pia Katerma's (Maria Wiik, 1954, Werner Söderstrom Osakeyhtiö). Like the eight other works presented at this sale, it comes from the descendants of her sister Emelia, who lived near Tours. The group includes several portraits. One small painting (17 x 14.3 cm: €5,000/8,000) shows her niece as a child: Emelia's daughter Elsa, who married a Persian prince and wrote tales and novels about her life in the land of the harem. Meanwhile, a Self-Portrait dated c. 1886 is estimated at €10,000/12,000. There are also intimist scenes showing how much the artist learned from modern French painters, like Portrait of a child sewing, valued at €5,000/8,000. Maria Wiik also made liberal use of the light, radiant colours favoured by Nordic artists, while the watercolour In the study (€1,500/2,000) hints that, like many of her contemporaries, she was deeply impressed by Japanese prints.

Seeking modernity
When she left Helsinki for Paris in 1875, she enrolled at the Académie Julian in Rue Vivienne, the only art school to accept women (the Beaux-Arts kept them out until 1897), and where they could study male nudes. Here she discovered new trends, mainly through her teacher Tony Robert-Fleury. On her return to Finland in 1880, Maria Wiik in turn taught at a drawing school while continuing to travel, particularly in England, and to exhibit in France. For example, at the Salon des Artistes Français in 1880, she successfully presented two portraits, including one of Marietta, similar to the one here. The artist was very fond of this work and kept it throughout her life, marking the starting point of a brilliant career. Subsequently she turned to Symbolism under the influence of Pierre Puvis de Chavanne, whom she met in Paris in 1889.

MODERN TABLES and DRAWINGS
Vendôme - Route de Blois - 41100
Rouillac
Info and sales conditions
Catalogue
News feed
See all news
When museums become hospitals
The $450,000 Rabkin Prize goes to nine US arts journalists
Death of David C. Driskell, a pioneer in African American art history, aged 88
Hauser & Wirth launches a donation fund: #artforbetter
Not to be missed
Pre-sale
Boy with a dog
This presumed portrait of Napoleon Bonaparte's great-great-nephew…
Pre-sale
Engraved treasures from the Marcel Lecomte collectio…
The sale at Drouot of a collection assembled by this leading Parisian…
Pre-sale
Roses, roses all the way…
Although unsigned, this Art Deco pendant combining precious and…
Pre-sale
With bare hands
This Nude with crossed hands is one of the very few carved wood…