Few works by Alfred Wolmark come under the hammer in France. This painting highlighting his gift as a colourist now leaves a Swiss collection it joined in 1991. 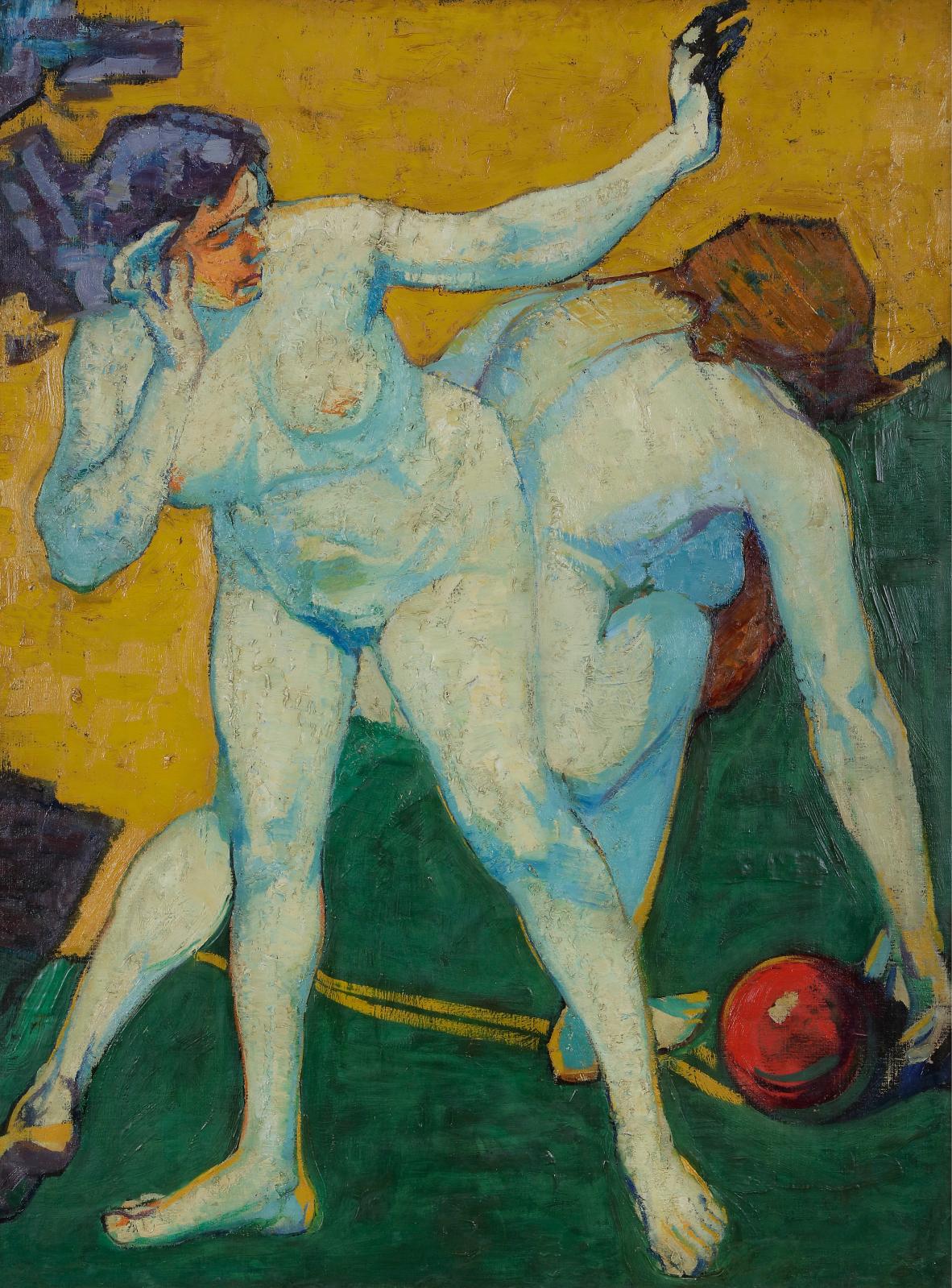 In terms of size, palette and period, this painting has a wealth of assets, because although works from the latter part of Alfred Wolmark's life appear from time to time in public auctions abroad, early 20th century pieces could be counted on one hand in the last ten years. Rarer still are those like the one here, noteworthy for its vivid palette and large figures in flat colours. Alfred Aaron Wolmark was born in Poland and moved to England in 1883, where he grew up in Devon and north-east London. He was only 17 when he entered the Royal Academy, exhibiting there from 1901 to 1936. 1910 marked a turning point in his work, inspired from then on by post-Impressionism. From 8 November 1910 to 14 January 1911, one of his paintings was shown at the Grafton Gallery in London by Roger Fry as part of "Manet and the Post-Impressionists" – next to a painting by Vincent Van Gogh... A cause of pride for the artist, of course. With 220 works, including 150 paintings by artists largely unknown to the public, this exhibition was the most important devoted to post-Impressionism outside France.

MODERN PAINTINGS
Salle 6 - Drouot-Richelieu - 9, rue Drouot - 75009
Ader
Info and sales conditions
Catalogue
Salerooms
Results
News feed
See all news
Iconic photographer Peter Beard, aged 82, has gone missing
A Picasso is on sale on the private market a week after being returned in a restitution case
The Londonian White Cube gallery commissiones Instagram diaries to major UK contemporary artists
The Getty Trust gives $10m to support LA museums and arts organisations
Not to be missed
Pre-sale
Boy with a dog
This presumed portrait of Napoleon Bonaparte's great-great-nephew…
Pre-sale
Engraved treasures from the Marcel Lecomte collectio…
The sale at Drouot of a collection assembled by this leading Parisian…
Pre-sale
Roses, roses all the way…
Although unsigned, this Art Deco pendant combining precious and…
Pre-sale
With bare hands
This Nude with crossed hands is one of the very few carved wood…