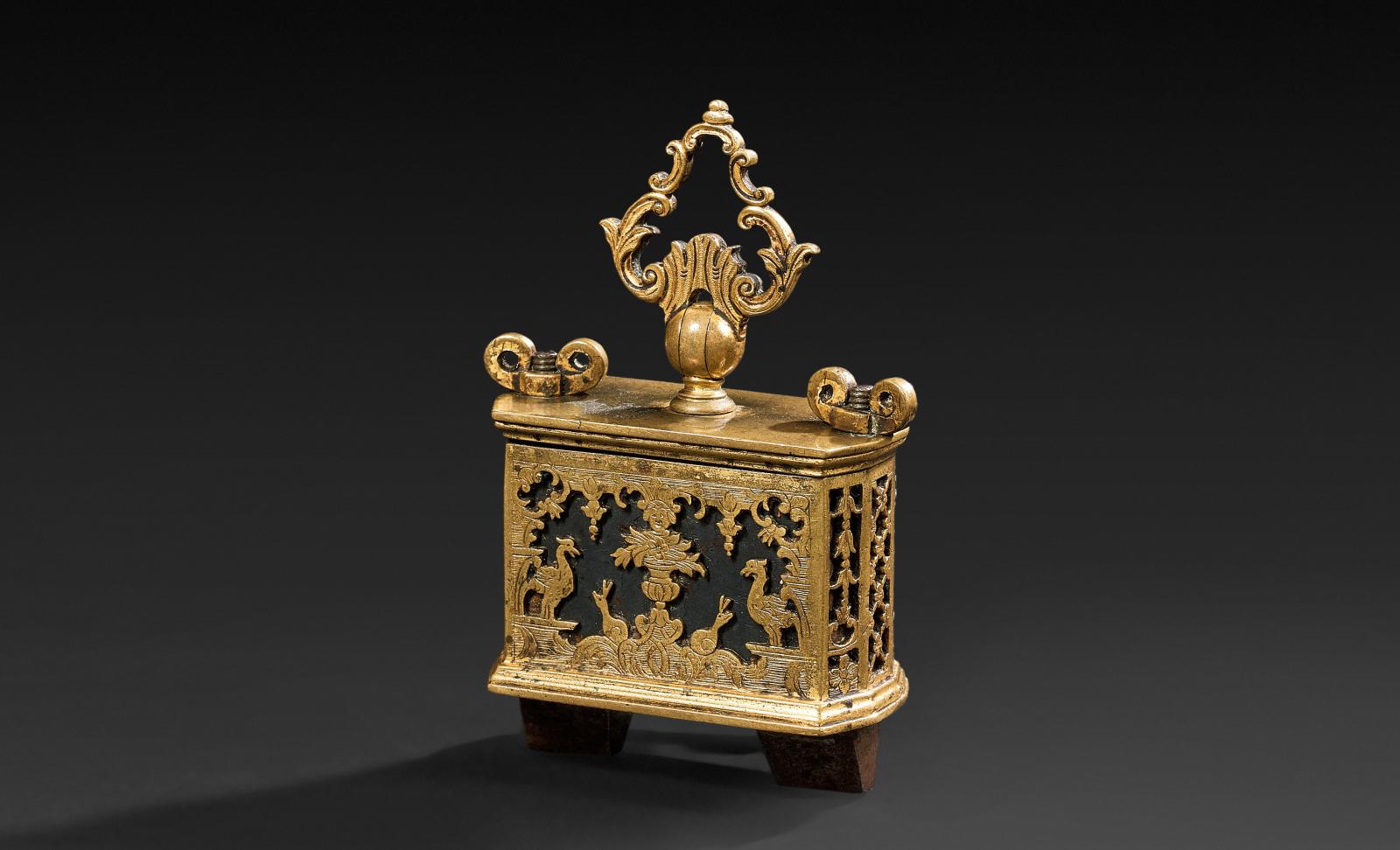 Jacques Malatier (1926-2017) was one of those cultivated, questing spirits who still abounded in the 20th century. This intensely erudite banker, loyal to the Hôtel Drouot (where his collection is now being sold) put his talent and money into building up a top-level collection with treasures of exquisite French taste in different art specialities. As expert Éric Turquin tells us, "he started with objects and moved on to paintings."

A love of the 18th century
Here, every meticulously thought-out purchase was designed to take its place in an ensemble dominated by the 18th century. A pastel by Joseph Vivien (1657-1734) encapsulates its guiding spirit. The artist is now seen as possessing a charm that could be delicately described as old-fashioned. But his portrait of Charles Albert, Prince-Elector of Bavaria, kissing his father's hand in a sign of submission and loyalty, executed in around 1726 on blue paper (€15,000/20,000), is imbued with a modern, mellow touch that makes it undeniably unique… and desirable. The same goes for the large majority of the 284-odd lots in the sale. Drawings by or attributed to Giorgio Vasari (including a remarkable pen drawing of a "Bacchanale" at €50,000/60,000), Pierre-Paul Sevin, Jacob Philipp Hackert and George Romney are succeeded by some equally magnificent Old Masters. Fishing, illustrated by this painting by Charles Joseph Natoire (1700-1777), estimated at €100,000/150,000, proved a judicious choice. The painting was a royal commission. In 1737, Natoire received 3,600 livres as payment for six decorated lintels intended for the petits appartements at Fontainebleau. For the small dining room, he produced two works entitled "La Pêche" (photo above) and "Personnages se reposant auprès d'une fontaine". During refurbishment work in 1749, the panelling was altered and he delivered a second version. Its spirited feel, authentic touch and pentimentos all indicate that the painting in the Malatier collection was the first version of one of these decorated lintels, now making its debut on the market.

Intriguing curiosities
While the collector had a liking for "light-hearted" subjects, several works illustrate the serious side of the 19th century, starting with an imposing Neo-classical painting by Jean-Charles Nicaise Perrin (1754-1831), very probably exhibited at the Salon of 1808: "Hector in Helen's palace, repudiating Paris for his cowardice, announcing a single combat" (€60,000/80,000). Decorative items, carved gilt wood pieces and stamped furniture by the leading exponents of the 18th century, including two "à chassis" armchairs (with removable frames) by Louis Delanois (€30,000/50,000) rub shoulders with exquisite Sèvres porcelains – including an irresistible 1766 "Roussel" pitcher with an oval bowl, decorated with cabbage leaves in a vibrant celestial blue (€20,000/25,000) – and some highly unusual objects. One of the most curious is an armed lodestone made in Russia in the last third of the 18th century (€3,000/4,000). Meanwhile, expert Claire Badillet is delighted to have handled this perfume burner by Pierre Germain, aka "le Romain", cast and chased in Paris in 1760-1761, which once belonged to the Karl Lagerfeld collection. The object is striking for its modernity, while its – reasonable – estimate of €6,000 to €7,000 is sure to appeal. Jacques Malatier was proud of his collection and loved showing it to friends and specialists. It will be sold on behalf of the Fondation de France within a Malatier-Jacquet umbrella foundation, designed to finance the restoration and layout of furnishings at the Châteaux of Versailles and Chambord. A splendid posterity.

530 BC
is the date of the oldest object in the collection: an Attic black-figure krater (€15,000/20,000).
Mobilier & Objets d'Art - Collection Malatier
Salle 5-6 - Hôtel Drouot - 9, rue Drouot - 75009
Ader ,
SGL Enchères - Frédéric Laurent de Rummel et Peggy Savidan
Info and sales conditions
Catalogue
Salerooms
Newsfeed
See all news
We will be on vacation from July 23rd - August 23rd. Wishing you a great summer and see you in September!
Santiago Caltrava Renovates San Gennaro Church in Naples
50% Funding Cuts for Arts and Design Courses Approved by UK Government
Instagram’s New “Sensitive Content” Controls Cause Concern Amongst Artists
Not to be missed
Pre-sale
Under the Protection of Maahes: A Rare Egyptian Bron…
This well-sized bronze statuette dating from Egypt’s Late Period…
Pre-sale
The Op Art of Vasarely and the Discourse of Descarte…
This painting by the master of optical art has never come up for…
Pre-sale
Lalanne and the Charging Rhinoceros
This bronze sculpture with an enamel patina, which is from a private…
Pre-sale
From the Abstraction of Viallat to the Silk Paintings…
Two worlds will come together in Nîmes: those of Vietnamese painter…