This actor portrayed by Jean-Baptiste Van Loo cuts a fine figure. And he is about to mount the auction stage to fresh applause. 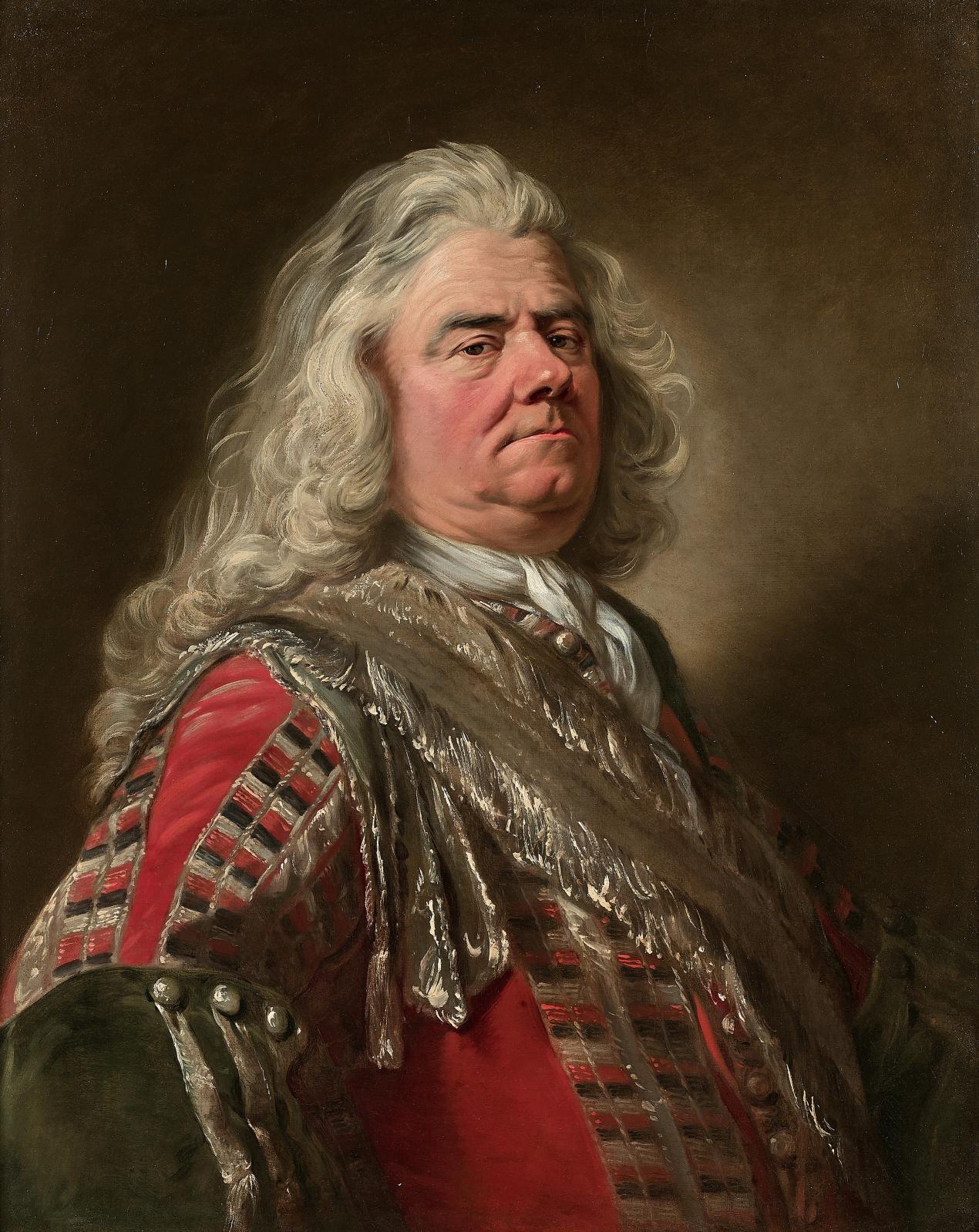 In 1758, Empress Elisabeth of Russia sent an unusual request through diplomatic channels to Louis XV. To add to the troupe of French actors who had been performing in St Petersburg for the past fifteen years, she asked the king to "lend" her Lekain and Mademoiselle Clairon, the two leading actors of the Comédie-Française (A state-owned theater founded by King Louis XIV in 1680). Beyond the realm of anecdote, this information proves that star status is not a contemporary idea, but was actually born in the 18th century. At the beginning of the Enlightenment, the figure of the modern actor began to emerge in the theater world, and they started to be seen as artists who truly created their roles. In around 1658, Nicolas Mignard had already painted Molière in the role of Caesar: the principle was established, and actors gained in social status. The top French portraitists of the time were summoned to the task, and through their painting conveyed a new image very different from the static figures of previous times. Performers came alive, inhabiting their subjects through their work and personalities. François de Troy painted Adrienne Lecouvreur on stage, Nicolas de Largillière captured the features of Mademoiselle Duclos in the role of Ariadne, and Jean-Baptiste Van Loo (1684-1745) those of Mademoiselle Clairon as Medea in full flow...

The Rules of the Game
Jean-Baptiste Van Loo, a member of a famous Flemish family and the elder brother of Carle (1705-1765), began his career in his native town of Aix-en-Provence before being invited to the court of Monaco by the Grimaldis and later, as his reputation grew, to Italy. There he found a patron of the arts in the Prince of Carignano. When the Prince fell from grace (he was the son-in-law of Victor Amadeus of Savoy), he fled to Paris and called his favorite painter to his side, in 1720. On the strength of these credentials, Van Loo was immediately introduced to the Regent. The creator of highly popular religious compositions, he also worked as a portraitist with a skill that brought anyone who was anyone flocking to his studio, especially after he painted Louis XV's portrait. Here, we have a brilliant piece remarkable for its fluid brushwork. The man, whose identity is at present unknown, is represented with long, natural hair, according to the theatrical custom of the period. He wears a flamboyant outfit adorned with trimmings, pastiche braid and a shoulder strap fringed with silver. According to the expert, this attire is probably that of a fencing master. An important detail: tragedies were performed in costumes with a welter of elaborate plumes, togas and paniers; a far cry from antique simplicity. And then Lekain (1729-1778) came along. Not only was he one of the greatest tragedians of his time; he also changed the rules of the game through his "union" actions (as we would call them today), ensuring among other things that the audience was banished from the stage and that actors wore costumes appropriate to the plays. All the same, they still had to wait for the authorization to be sculpted: a privilege reserved only for writers in the 17th and 18th centuries. We wager, however, that this character with his powerful presence will leave no-one stony-hearted!