Pauhlan, Léger and Foujita are some of the artists whose works were collected by Françoise Garçon-Lhermitte. 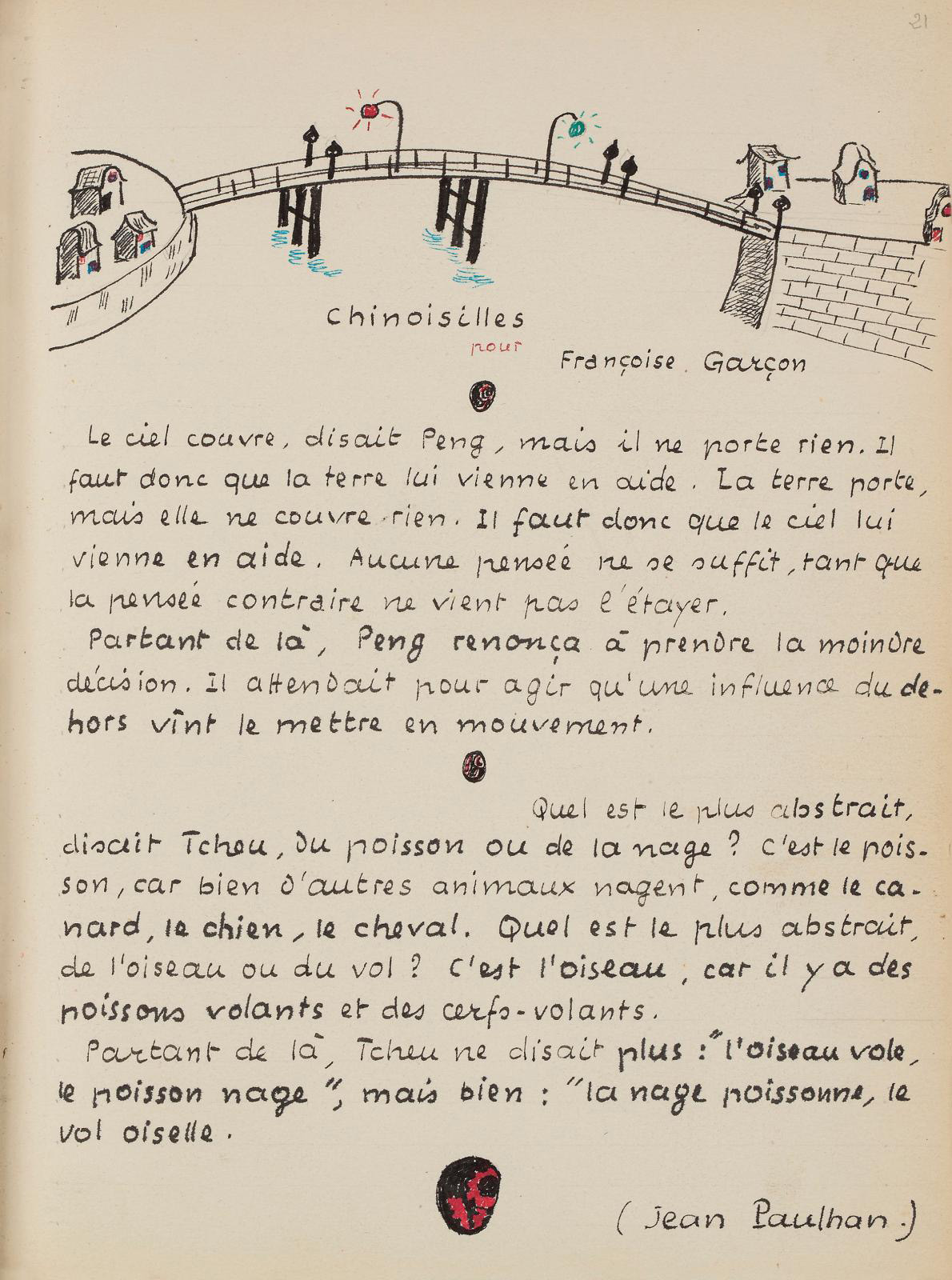 "A famous lawyer [editor’s note: Maurice Garçon] and member of the Académie française was the father of a charming girl,” says André Billy. “She had an album that she had magnificently bound and in which she asked her father’s friends to compose poems, write prose or draw figures, depending on what they did best." Thus, André Maurois, Henry de Montherlant, Roland Dorgelès, François Mauriac, Colette and Jules Romains dialog with paintings and drawings by Marie Laurencin, Georges Braque, Marc Chagall, Paul Jouve, Albert Dubout, Jacques Prévert, Marcel Gromaire and Victor Vasarely. Françoise Garçon-Lhermitte was around 20 when she started asking the relations or clients of her famous father (1889-1967) to contribute. She soon grew bolder and asked artists whom she did not know but had heard of. Begun in 1947 and finished in 2002 with the words of French novelist Maurice Druon, this work carries on the tradition of the album amicorum, dating back to the 16th century and attesting to scholarly exchanges between professors and students at European universities. Goethe collected them when he was a librarian in Weimar. The Bibliothèque Nationale de France (French National Library) has a remarkable collection of them. At first, only men participated in this practice, but in the late 19th century young girls began making the albums, which lost their scientific and literary character but were often embellished with watercolors and floral motifs. What will happen to this one? It was sold by the heirs of Françoise Garçon-Lhermitte, who died in 2015, a few weeks after the publication of the first volume of Journal, 1939-1945 de Maurice Garçon, a group of small handwritten notebooks.

Camille Corot: An Air of Italy

Announced first in March, then June, this Camille Corot landscape, part of an estate sale, will attract interest because of both its artist and its provenance. 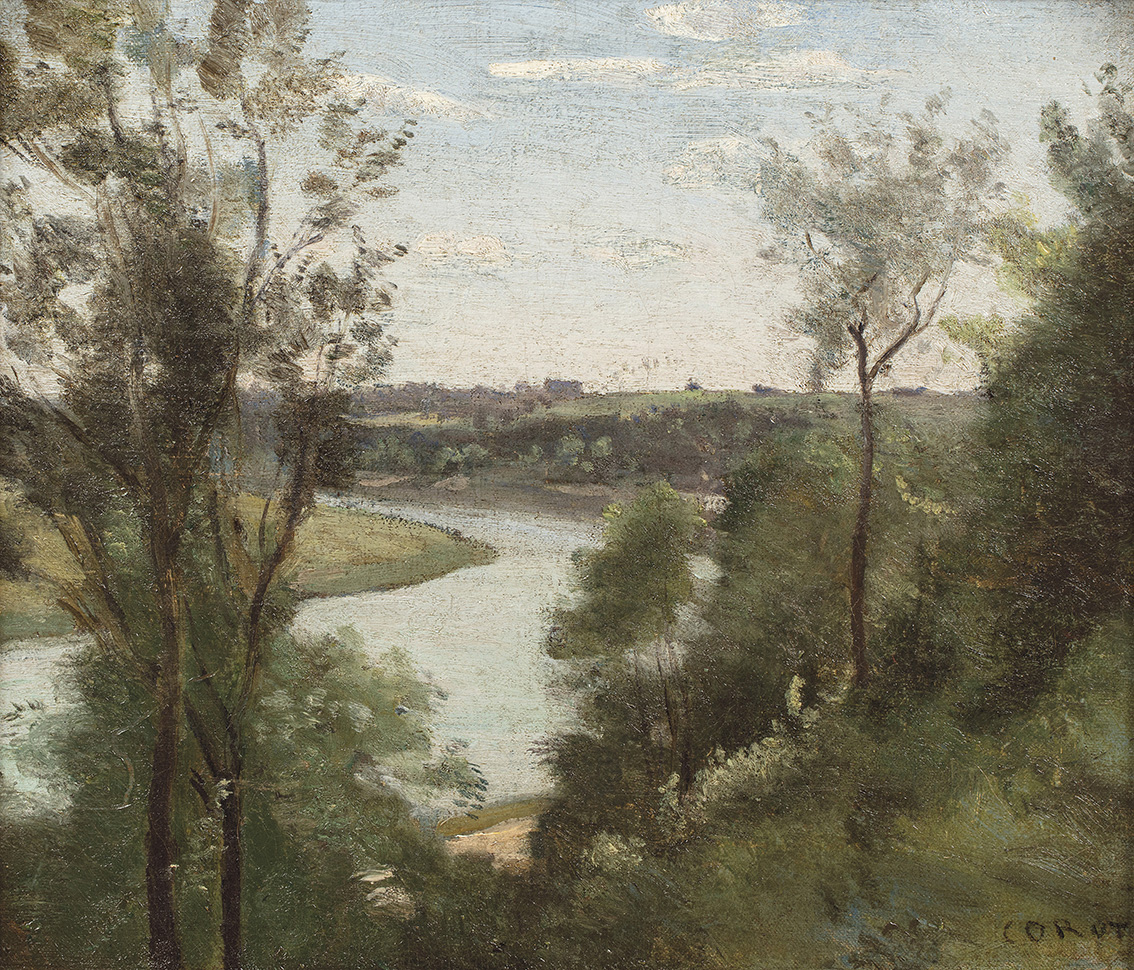 Although neither dated nor even located, the light, purity of atmosphere and concise motifs suggest that Corot painted this work around 1850-1855, probably in Ile-de-France, although he is known to have tirelessly traveled from Normandy to Provence, Picardy to Auvergne, Brittany to the Morvan. The setting and palette are characteristic of works made in Italy, where Corot sojourned from 1825 to 1828, in 1834 and in 1843, and, like his contemporary landscape painters from across Europe, recreated the shimmering light and harmonious ordering of nature. "He has finally found spontaneous painting," Jean-François Millet said. Recognized by Baudelaire and admired by Delacroix, Corot, whose parents wanted him to become a merchant, became famous. Our painting was given to Dr. Blanche, the founder of contemporary psychiatry, who passed it on to his son, society portraitist Jacques-Émile Blanche. Then it was acquired by the Lefèvre Gallery in London before entering the collection of Vivian Leigh, the legendary star who played Scarlett O’Hara in Gone With the Wind. After that, it remained in a paris apartment for a long time. "A man must not embrace the profession of the artist unless he feels deeply passionate about nature," Corot said. This landscape proves it.

Brassaï and the Giacometti Brothers: a Close Friendship

A pair of chairs by Diego Giacometti and a lamp by his brother Alberto, both of which belonged to Brassaï, might cause quite a stir. 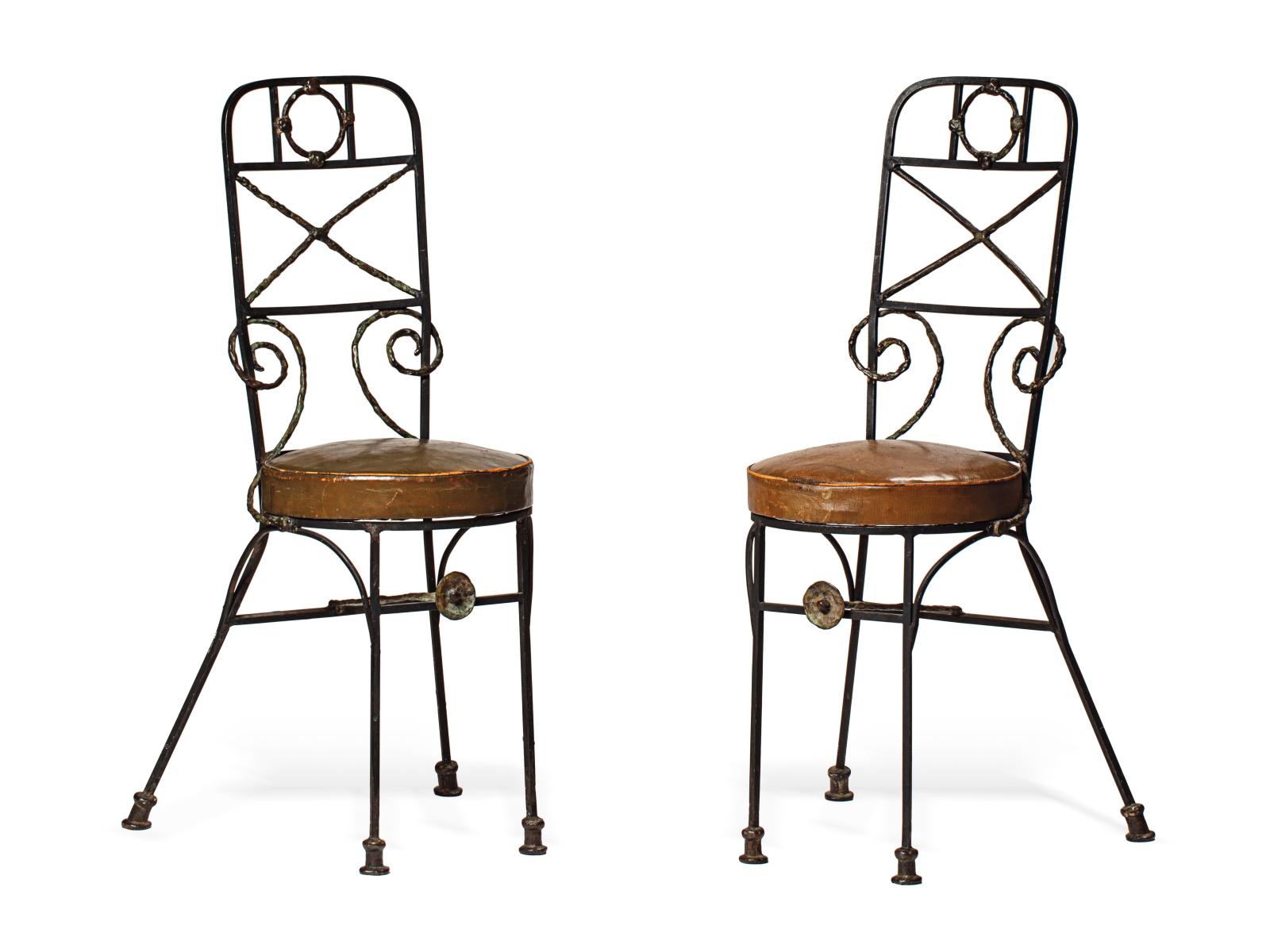 On October 2 and 3, 2006, the Millon auction house presented 600 photographs, sculptures and drawings—the largest group of items belonging to Brassaï ever offered for sale. The fact that they were from the estate of his widow, who died in 2005, had hearts beating even faster. Two other works owned by the couple and inherited by their heirs are up for sale today: a pair of chairs—Diego’s Maeght model (see photo)—and a lamp with a bronze patina finish, the Tête de femme (Head of a Woman) or Figure model (Susse cast) by Alberto (1901-1966). The sculptors gave these objects as gifts to their friend Brassaï, who kept them in his studio-apartment on rue du Faubourg-Saint-Jacques in Paris. The lamp, estimated at €100,000/150,000, is a slender silhouette ending with the bust of a soft-featured woman. Alberto depicted her motionless, unlike men, who are usually moving in his work. This choice demonstrates his return to ancient sources and fascination with the Roman and Egyptian civilizations as well as the Italian primitives (early Gothic). One of his favorite objects, the lamp stands for the radiance something can have beyond its originally intended purpose. Aimé Maeght commissioned Diego’s chairs—artworks as much as furniture—in 1962 for her foundation’s café-bar in Saint-Paul-de-Vence. She asked several artists to make them, including Diego, the "do-it-yourselfer", as he humbly called himself on account of their utilitarian purpose. He made dozens of chairs, pedestal tables, stools, lighting fixtures and doorknobs. In addition to their quality, they attest to the friendship forged by three men far from their homelands in early 1930s Paris: Brassaï was from Transylvania and the Giacomettis from Stampa in the Swiss Alps.