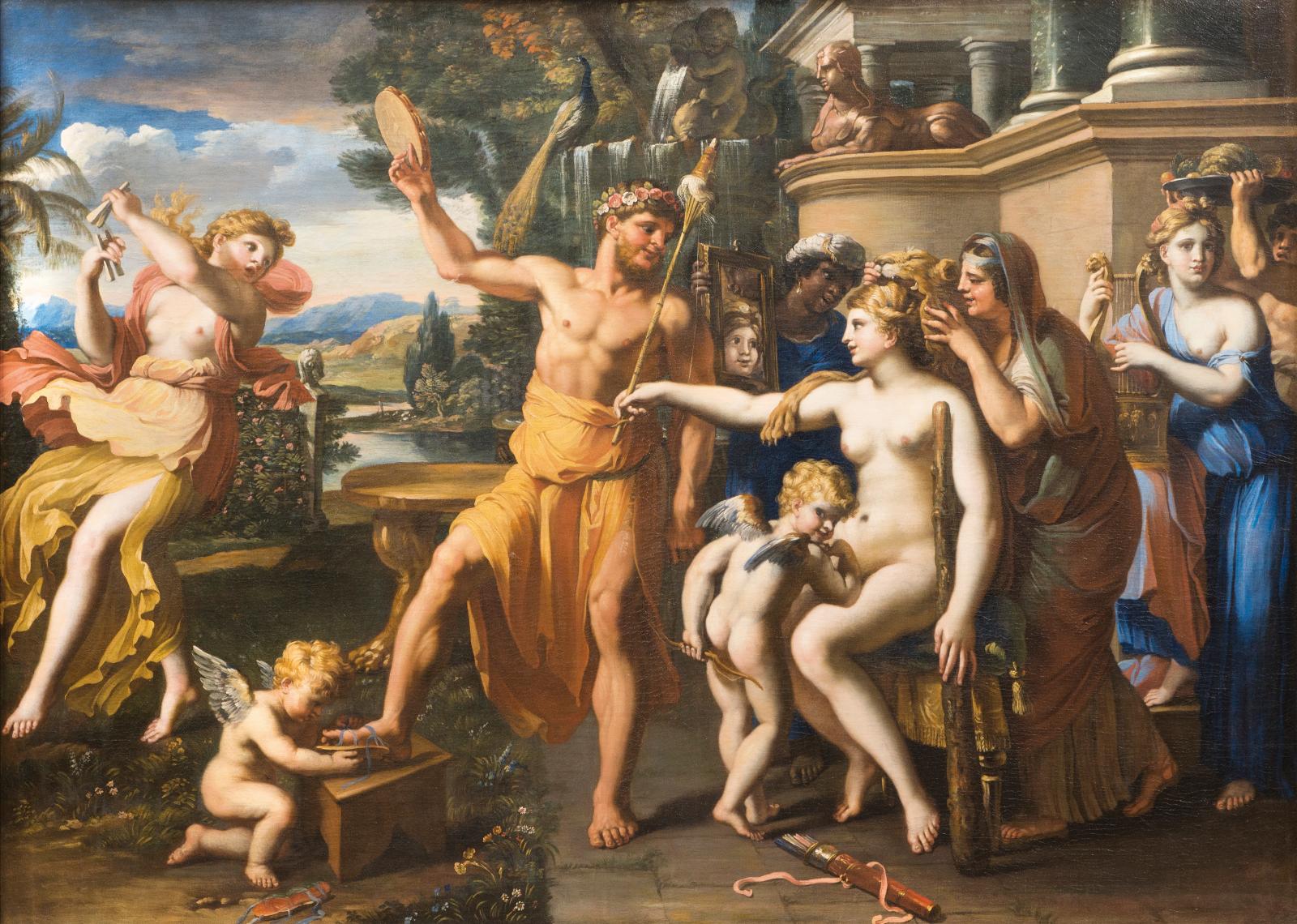 A naked woman wearing a lion skin holds a club in one hand and a distaff in the other, while a Cupid calls the viewer as witness. The presence alongside this pearly-complexioned beauty of a man with a flowery wreath and robe draped on his hips, tying on a sandal, gives us the subject: Hercules and Omphale. The composition depicts the legend told by Ovid in his "Heroides" about the hero's love affair with the Queen of Lydia. The painter had in-depth knowledge of these Classical myths, absorbing them as from his first journey to Rome in around 1625. Now little-known, François Perrier, one of the "twelve elders" of the Académie des Beaux-arts, worked as an artist in both Italy (where he spent two long periods) and France, where part of his work was destroyed during the Revolution and the Commune. We know that he brought back paintings by the Carracci (or copies of them) from Rome; their influence is evident in this frieze-like composition with its vigorous touch and dissonant palette. The tragicomic aspect of the situation appealed to other artists, including Cranach, Rubens and Pierre de Cortone; Boucher even produced a more erotic version. This painting, which appeared on the Paris market in the 1990s, was lent to Harvard University's Fogg Art Museum (Cambridge, Massachussetts) between 2002 and 2007. It was probably painted in 1646, when Perrier returned to Paris and developed a singular feeling for expression, which imbues the scene here with dynamic energy, as can be seen in Hercules' almost painted face. An illustration of the distrust of Deianira (Hercules' last wife) as related by Ovid: "You are as much less than her, O greatest of mortals, as it was more glorious for her to conquer you than those you have conquered."