A family living in the center of France was the long-time owner of this splendid, newly discovered still life by French painter Louyse Moillon (1610-1696). 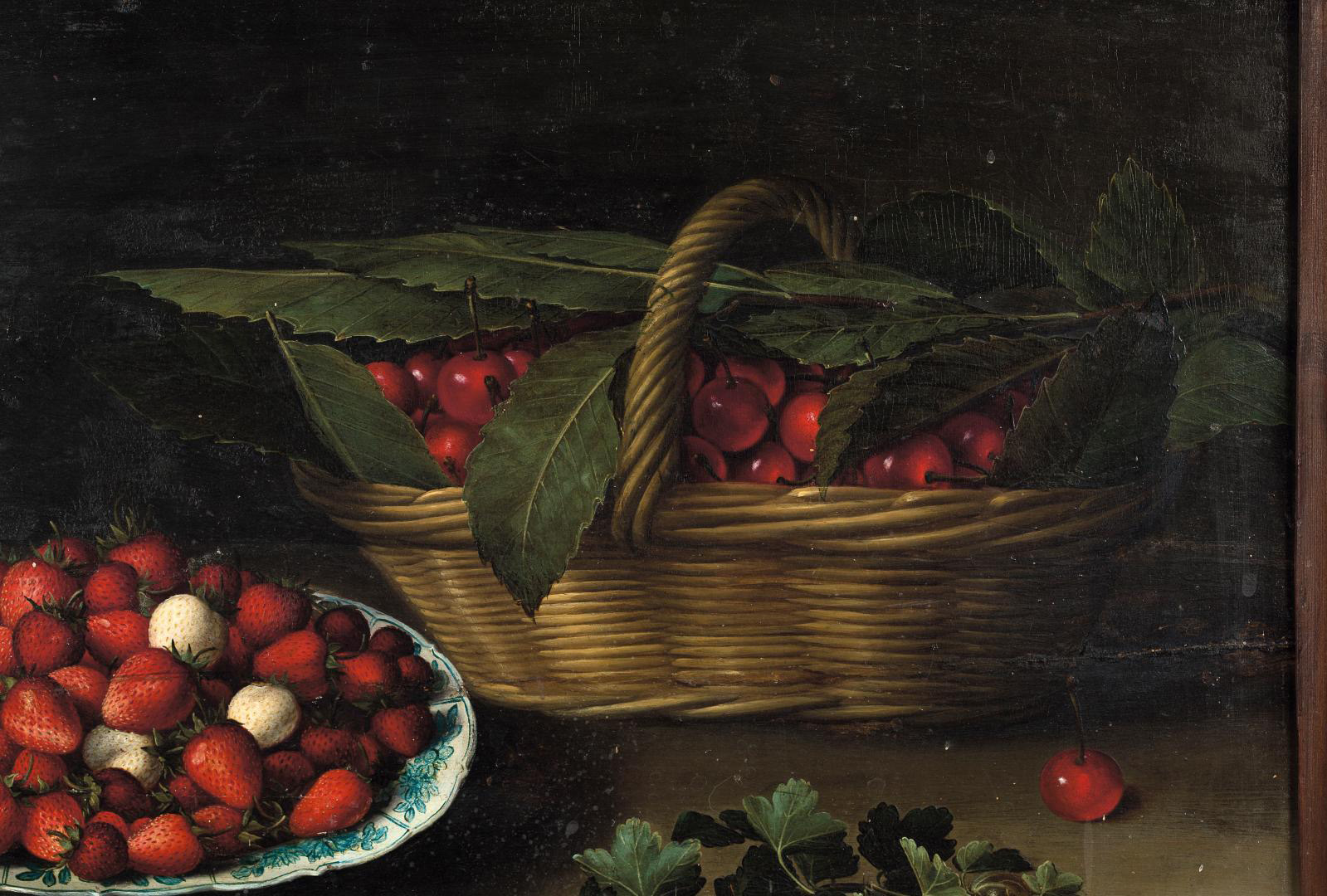 Dominique Alsina, author of the catalogue raisonné of Louyse Moillon's works, and Grégoire Lacroix, an old painting specialist at Aguttes, cannot hide their enthusiasm, even emotion, over this painting that many would like to sell. Our just-announced panel seems to be arousing interest from European and American collectors. Stillness and silence characterize art by Louyse Moillon, daughter of Nicolas and sister of Isaac, both painters. It is highly likely that her Nature morte à la coupe de fraises, panier de cerises, branche de groseilles à maquereaux (Still Life with a Bowl of strawberries, basket of cherries and branch of gooseberries) will spark a bidding war rising above the estimate—a wonderful surprise for its present owners.

Signed, dated 1631 and well conserved despite a few paint-overs, this recently discovered work enriches a body of about 80 paintings. Almost all of them are still lifes, but some feature human figures, although they are seemingly less sought-after. This is among the four known paintings that Moillon executed at the age of 21. There are no peaches, apricots, plums or traditional grapes, but an extraordinary bowl of strawberries, a basket of cherries and a branch of gooseberries bathed in light from left to right. The composition is classic for the artist and attests to Caravaggio’s influence. The Delft earthenware bowl, inspired by northern painters, is more realistic than real life, the cherries are covered with leaves to keep them fresh, transparent gooseberries let their seeds show through and an isolated cherry looks good enough to eat. The brushstrokes are painstaking, the colors full. The velvetiness and rendering of the fruits attest to Moillon’s command of a craft she learned from the colony of Dutch painters in Saint-Germain-des-Prés—and from her father-in-law, François Garnier (1600–1672), a still-life painter and art dealer with whom she had a contract to sell her works. Ours is a copy of a Garnier painting that was sold by Piasa at Drouot for €33,458 on March 27, 2008. Unquestionably, she learned the lesson well, for the student surpassed the teacher. Moillon reached the height of her artistic powers here. Between poetry, emotion and serenity, nature is alive and well. The fruits are sublimated, not for their symbolic value, but as a motif. It is easy to understand why she was highly esteemed by the greatest figures of her day, from England's King Charles I to the Marquis de Leganes and Claude de Bullion, Louis XIV’s superintendent of finance.

Moillon was an independent woman who worked all her life. She remained unmarried until, at the age of 30, she wed a wealthy Paris lumber merchant in 1640. In 1934, "Les Peintres de la réalité en France" ("Painters of Reality in France "), an exhibition at the musée de l'Orangerie, reintroduced her to the general public. The Cetelem Gallery in Paris held another show of her work from November 13 to December 12, 2009. Isn’t it time for a museum retrospective?

With religious and mythological scenes, still lifes, portraits and allegories, there is something for everyone in a sale devoted to Old Masters. 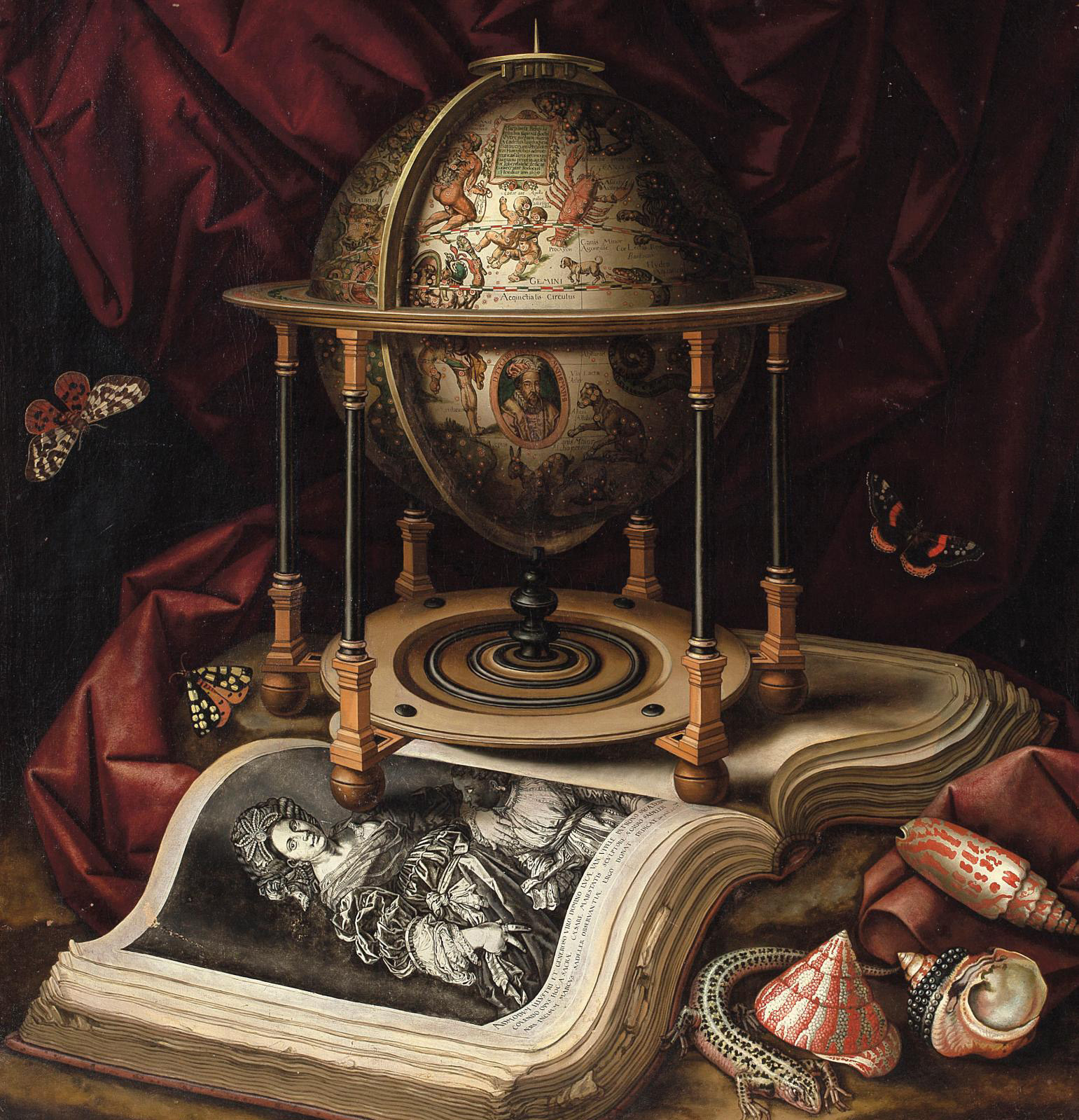 In spring, red is the fashion with fruit: first strawberries, then cherries a little later. And with Louyse Moillon, the latter are central to a still life she painted when she was only 20. You will need between €150,000 and €200,000 to carry off her Still life with strawberries, cherries and gooseberries. In a completely different genre, but for the same sum, you could try your luck with a pen and brown ink drawing with brown wash and white highlights by Polidoro da Caravaggio of The Continence of Scipio or The Family of Darius before Alexander: a sketch for one of the fresco scenes on the façade of Palazzo Milesi in Rome. Or, again at the same price, an attractive Portrait of a Young Woman in an Ermine-Trimmed Scarlet Dress by Étienne Liotard. As always, the Geneva artist chose elegant simplicity for his model, whom he adorned with very few accessories and showed in an intimate setting, using pastel to bring out the velvet texture of the dress, ribbon and flesh tints. Meanwhile, a pair of paintings by Jean-Baptiste Oudry and his studio, Houdan Hen with Chicks and Mallard and Common Merganser Ducks delight the eye with their harmoniously defined plumage set off by play with light and shade (€100,000/120,000). Finally, in the muted atmosphere of a cabinet of curiosities, Christian Luycks offers symbol-lovers the chance to analyze a composition showing an open book on an engraving of Titian's Portrait of Laura Dianti, a monumental globe, shells, butterflies and lizards (see photo). An allusion to the vanity of knowledge and the fleeting nature of existence...