Making its first appearance on the market, this copy of a detail from a painting by François Boucher illustrates Berthe Morisot's liking for Rococo painting – so much so that the artist was long thought to be a distant relative of Fragonard. 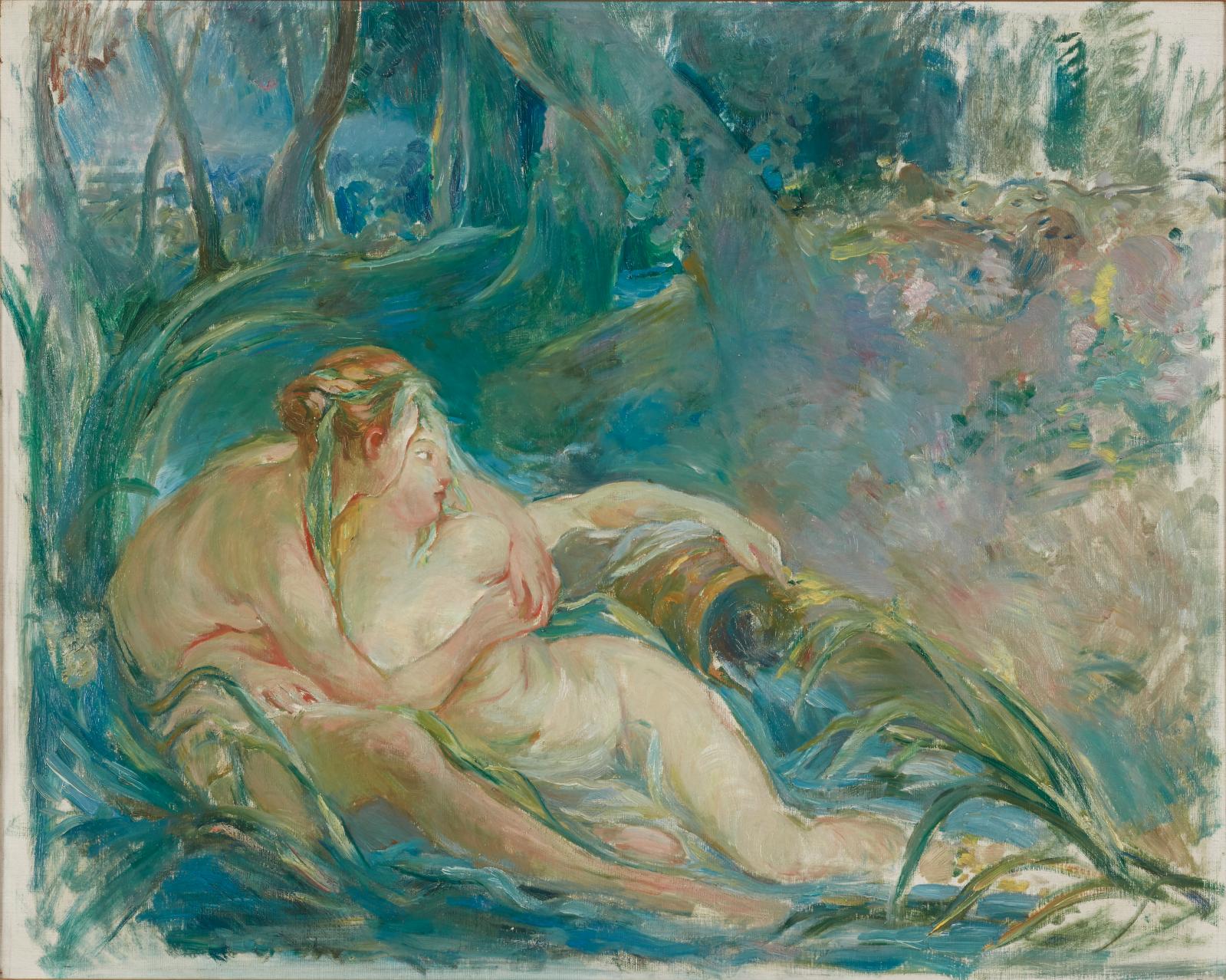 Passed down by Berthe Morisot to her daughter Julie Manet, this painting was acquired by its current New York owner from her direct descendants. It was reproduced in various books, and exhibited in 1896 at the Durand-Ruel gallery (Paris) in a show commemorating Morisot, staged a year after her death by her friends Degas, Monet, Mallarmé and Renoir. Other outings lay in store for the work: the Salon d'Automne (an annual art exhibition held in Paris since 1903) presented it in 1907, followed by the Bernheim-Jeune gallery in 1929 and the Musée de l'Orangerie (Paris) in 1943. It represents a vital step in understanding Morisot's art, showing how far 18th century painting fascinated the artist throughout her career: it reproduces a detail from the lower left corner of François Boucher's painting of Apollo revealing his divinity to the shepherdess Isse, now in the Musée des Beaux-Arts in Tours, which Morisot studied during a visit with her daughter Julie in the autumn of 1892. We know that during the last decade of her short life, she copied another work by Boucher, Venus Asking Vulcan for Arms for Aeneas, during a visit to the Louvre in 1883-1884, and then hung her copy above a large Louis XIV mirror in the drawing room of her Parisian home. In each case, she focused on a group of secondary characters – here, voluptuous nymphs lying in a clearing. While the lively, liberated line revives the 18th century technique of pochade and the delicate colours pay tribute to Boucher's celebrated blue and pink tones, the spirited touch and overall unfinished feel reflect the principle of Impressionism, which raises the creative process to the level of a finished work. Considered old-fashioned at the beginning of the 19th century, by Morisot's time the Rococo was appreciated by a few intellectuals like Charles Baudelaire, especially his close friend Auguste Renoir, who also made copies of Boucher and Fragonard.

Maîtres Anciens & Art Européen
Philadelphie - 2400, Market Street - 19103
Freeman's
Info and sales conditions
Catalogue
News feed
See all news
Original Flash Gordon comic strip to be auctioned in LA
A masterpiece by Sanyu to be auctioned at Drouot
Donation rebuke for the Los Angeles County Museum of Art
Da Vinci exhibition breaks Louvre record with 1.1 million visitors
Not to be missed
Pre-sale
Watch out for these!
A Parisian collector assembled this set of thirteen timepieces over…
Pre-sale
Back to nature
Combining spontaneity and sophistication, this work by Léonard Foujita…
Pre-sale
A snuffbox from the Empress Josephine
Given to the Comte de Barral by the Empress, this snuffbox promises…
Pre-sale
Botanical precision
An orchid brooch in gold and enamel from Tiffany & Co, late 19 th…