By Baudelaire's own hand 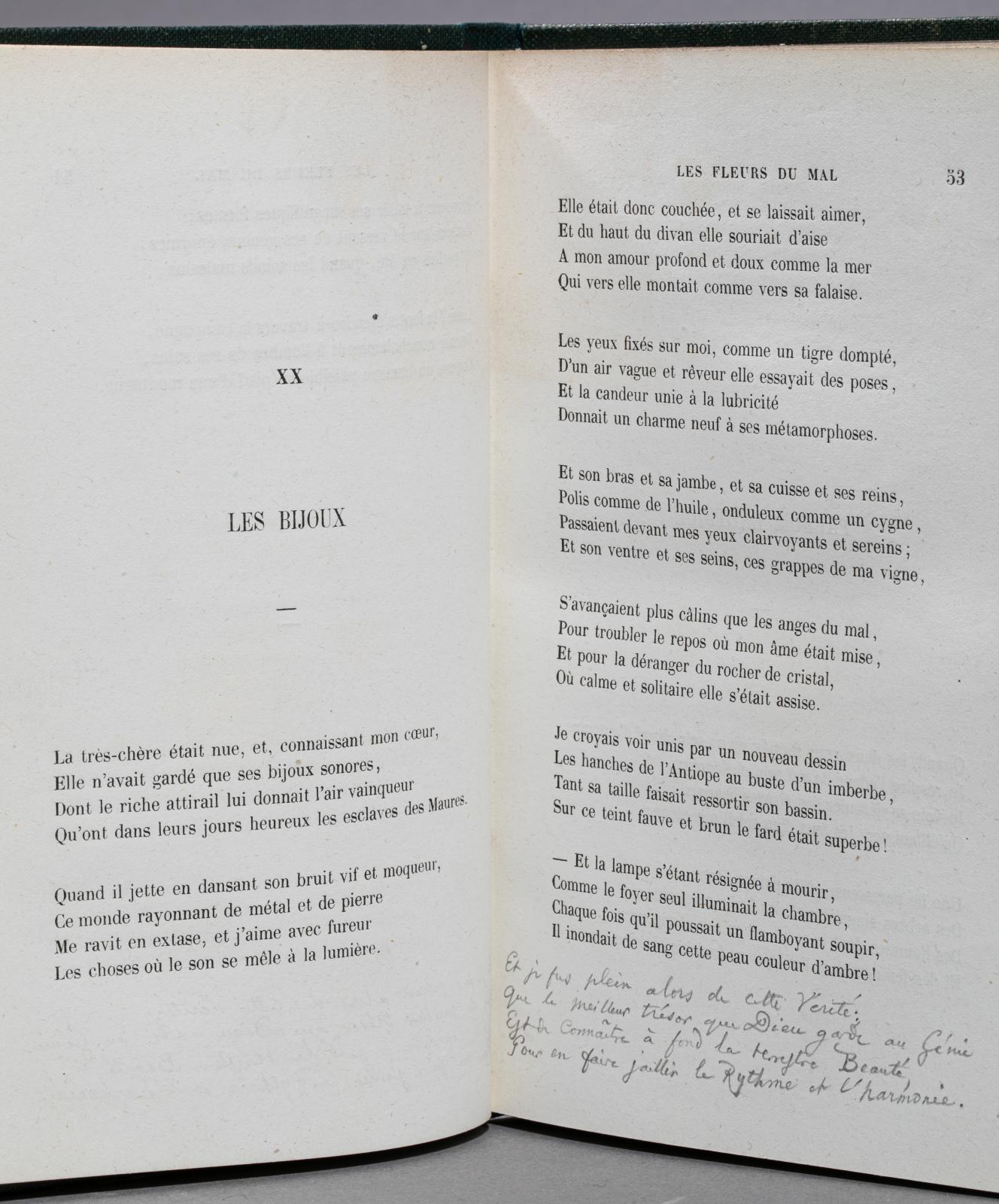 Published by Auguste Poulet-Malassis on 25 June 1857, Les Fleurs du mal is one of the best-known books in French poetry. This complete copy of the first edition includes six poems that were banned and deleted in some copies, as well as four spelling corrections and the misprinted running title ("Feurs du Mal") on pages 31 and 108. Even more unusual is the four-line verse Baudelaire added in his handwriting at the bottom of page 53: "Et je fus plein alors de cette Vérité:/Que le meilleur trésor que Dieu garde au Génie/Est de connaître à fond la terrestre Beauté/Pour en faire jaillir le Rythme et l’harmonie."* The book, which belonged to journalist and publisher Alfred Busquet, as did two ink drawings by his friend Victor Hugo (€20,000/25,000 and €6,000/7,000) and a Portrait de jeune Maure (Portrait of a Young Moor) by Eugène Delacroix (€4,000/6,000), features an autographed signed letter to journalist and literary critic Gaston de Saint-Valry (1828-1881), who transformed the Journal d'Alençon into a literary publication in 1857. The journal published the Parnassian poets, including Charles Baudelaire: a meeting of great minds.

*"And then I was filled with this Verity:/That the finest treasure Genius receives from the Diety/Is to know the fullest extent of terrestrial Beauty/To make it a spring of Rhythm and of harmony."