The Rudimentum Novitorum, one of the first universal chronicles, provides a precious testimony of 15th-century Germany and of the nascent days of the printing press. It is a great rarity on the market. 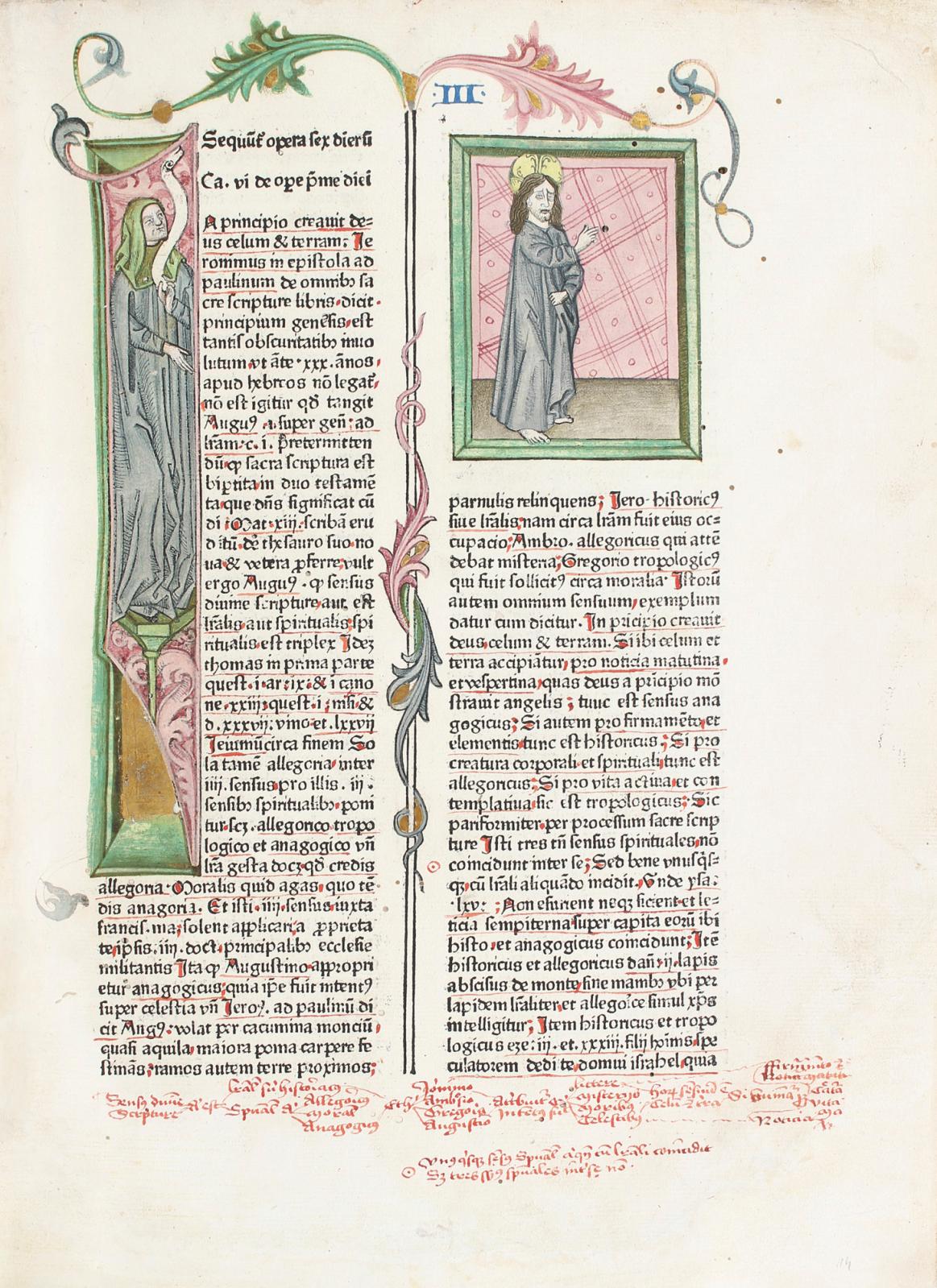 A veritable treasure trove of medieval history, the Rudimentum Novitiorum rarely appears in auction houses, particularly in this essentially complete form that is identical in every respect to the copy in the Bayerische Staatsbibliothek in Munich. Only two complete copies exist: one lies in the Library of Congress in Washington D.C. while the other, according to the Yearbook of Auction, was sold by the German auction house Hauswedell & Nolte in 1951 and is today in private hands. Three other incomplete copies are also listed. The copies from the libraries of Joost R. Ritman (Holland), and Otto Schäfer (Germany) contain additional pages from other editions. As for our copy and the one from Munich, only one page is missing.

The Rudimentum Novitiorum is the first edition dated to Lübeck. Leaving the workshop of Lucas Brandis on August 5, 1475, this universal chronicle was probably written by a clerk with the aim of passing on basic knowledge to his young colleagues. The provenance of the work is remarkable. The annotations in red ink, dated around 1480, are believed to be those of a non-identified brother, most probably from Bohemia. It is assumed that it later passed into the hands J.J. Humpolecký z Rybenska, a scribe from  Moravian nobility, before making its way to Baron von Schwandenfeld, then into the hands of Count von Walldorf, and finally Count Chorinska, who died in 1821. The Rudimentum Novitiorum then entered an Austrian collection, where it would remain for almost 200 years. Following the model of Isidore of Seville, the work is divided into six eras and draws from various biblical, ancient and medieval sources; it even reproduces twenty-nine of Aesop’s Fables, printed for the first time. A work of exceptional historical value, the Rudimentum Novitiorum also includes the first printed topographical map of the world, the first printed map of Palestine, and the first edition of Descriptio Terrae Sanctae by Buchard of Mount Sion.